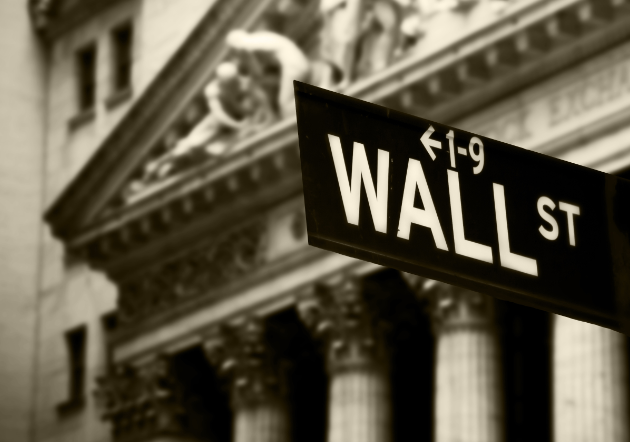 On Tuesday, banking regulators finalized one of the most important provisions of the 2010 Dodd-Frank financial reform law. It’s called the Volcker rule, and it’s supposed to prohibit the high-risk trading by commercial banks that helped cause the financial crisis. Here’s what you need to know about it.

What’s the reason for the new rule? In the run-up to the financial crisis, big banks invested in low-quality mortgage-backed securities. When those over-leveraged bets turned sour, the economy collapsed, and the government had to bail out big financial institutions. The Volcker rule ensures that banks don’t engage in what is called proprietary trading—that is, when a firm trades for its own benefit instead of trading on behalf of its customers. In May 2012, JPMorgan Chase lost $2 billion on a bad trade, which led to calls for a strong Volcker rule.

Why is it called the Volcker rule? The rule is named after Paul Volcker, the chairman of the Federal Reserve in the 1980s, and later an adviser to President Barack Obama. He advocated this change in financial regulation and persuaded the president to back the rule in 2010, when the Dodd-Frank bill was passed.

2010? What took so long? One reason it took three years to finish the rule is that after the legislation was passed, the actual regulation had to be crafted jointly by five banking regulators—the Federal Reserve, the Federal Deposit Insurance Corporation (FDIC), the Office of the Comptroller of the Currency (OCC), the Securities and Exchange Commission (SEC), and the Commodity Futures Trading Commission (CFTC). That’s a lot of coordination amongst people with different backgrounds and priorities. And during the 2012 campaign, Mitt Romney vowed to repeal Dodd-Frank. So for several months, wait-and-see regulators slowed down devising the details of the rule.

Wall Street lobbying also played a big part in delaying the unveiling of the final rule. The financial industry pushed like mad to get key loopholes into the regulation. “It’s relentless, nonstop, day and night lobbying,” Dennis Kelleher, the president of the financial reform advocacy group Better Markets, said a year ago. “It is absolute total nuclear war that Wall Street is engaged in here.” One loophole Wall Street tried to get written into the regulation would characterize certain forms of risky trading as hedging against risk. (Yes, you read that correctly.)

So who won? Kelleher says financial reformers won; these loopholes were not included. “Today’s finalization of the Volcker rule ban on proprietary trading is a major defeat for Wall Street and a direct attack on the high-risk ‘quick-buck’ culture of Wall Street,” he said in a statement. Treasury Secretary Jack Lew said the rule would have prevented JPMorgan’s $2 billion trading loss last year. CFTC commissioner Bart Chilton, a fierce Wall Street critic, is happy with the rule. Former Rep. Barney Frank (D-Mass.), one of the authors of the Dodd-Frank law, told Mother Jones today, “I have been confident all along that it would be a tough rule. I’ll make one prediction: all of the cries of doom that you’re going to hear from the financial institutions, three years from now will come to about as much validity as the cries of doom we heard about same-sex marriage.”

Obama noted, “Our financial system will be safer and the American people are more secure because we fought to include this protection in the law….I encourage Congress to give these regulators adequate funding to effectively and efficiently implement the rule, which will help protect hardworking families and business owners from future crisis, and restore everyone’s certainty and confidence in America’s dynamic financial system.”

But the success of the rule depends on how it is implemented. Marcus Stanley, the policy director at Americans for Financial reform, says that he’s “lukewarm” on the rule, mostly because a lot hangs on how it is interpreted by banking regulators who supervise compliance. “Whoever is the primary supervisor has enormous discretion about how this [rule] will affect trading,” he says, adding that the final Volcker rule does not include transparency provisions that would allow the public to judge whether banks are complying.

So is financial reform all finished now? No. Proprietary trading contributed to the crisis, but it was not the main cause. Regulators still have  other Dodd-Frank provisions to finalize. Wall Street watchdogs have to implement plans to wind down failing banks; finish writing rules governing derivatives trading (which was largely unregulated before the financial crisis); and enforce strong requirements regarding the level of reserves banks must maintain.

What’s next? Wall Street is already preparing to fight the Volcker rule in the courts. The regulation could slash the combined annual profits of the eight largest banks by between $2 billion to $10 billion, according to Standard and Poor’s. “Wall Street’s loophole lawyers and other hired guns will… continue to hit at the rule as if it were a piñata,” Kelleher says.