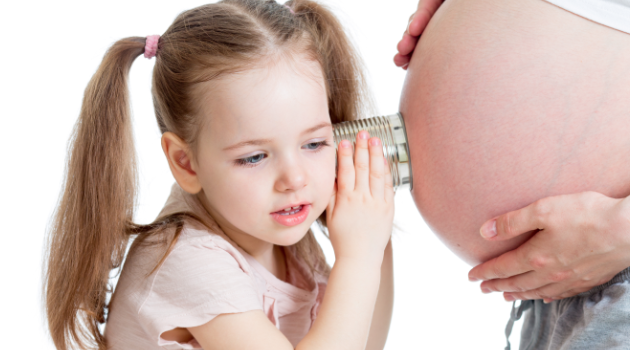 Defending these restrictions inspired a string of public figures to make foot-in-mouth statements about women, their choices, and their bodies. Below, we’ve assembled the worst of these comments.

Pregnancy from rape is too rare too justify rape exceptions to abortion bans.
Rep. Trent Franks (R-Ariz.) sponsored the year’s most high-profile abortion restriction—a House bill to ban all abortions in the United States at 20 weeks after conception. So it’s only appropriate that he uttered the most notorious abortion-related gaffe of the year: “The incidence of pregnancy resulting from rape are very low.”

Franks made that statement in June, by way of explaining to the House Judiciary Committee why it wasn’t necessary to amend the bill to include an exception for women who became pregnant by rape or incest. (In fact, women who are victims of rape frequently become pregnant.) But his comment generated so much backlash that, a few days later, Republicans quietly amended the bill to add an exception for rape and incest victims. Franks’ bill passed the House but was never taken up by the Democratic-controlled Senate. A spokesman for Franks told Talking Points Memo later that the congressman meant to say that abortions of pregnancies that resulted from rape were rare.

Rape is like a car accident: It calls for “extra insurance.”
Legislation that banned Obamacare health insurance plans from covering abortion was all the rage this year. Nearly half of all statehouses passed some form of a measure forcing women who wanted abortion coverage to purchase it as a separate abortion-only policy, called a rider.

Some of these state laws, including one the Michigan Legislature passed this month, did not include exceptions allowing insurance to cover abortions in cases of rape or incest. This May, when asked why should women be forced to pay extra to cover their abortions in these cases, Barbara Listing, the president of Michigan Right to Life, explained, “It’s simply, like, nobody plans to have an accident in a car accident, nobody plans to have their homes flooded. You have to buy extra insurance for those.”

Listing’s statement generated a lot of outrage—but it didn’t matter to Michigan legislators, who passed the ban anyway.

Male fetuses masturbate at 15 weeks—proving the need for an abortion ban.
Rep. Michael Burgess (R-Texas) said as much while defending that same 20-week abortion ban that inspired Franks to doubt that rape causes pregnancy. Burgess, who is a pro-life OB-GYN, told a House committee that he was positive fetuses could feel pain at 20 weeks after conception, despite a medical consensus to the contrary: “Watch a sonogram of a 15-week baby, and they have movements that are purposeful,” he said. “They stroke their face. If they’re a male baby, they may have their hand between their legs. They feel pleasure. Why is it so hard to think that they could feel pain?”

Transvaginal ultrasounds are not intrusive because women get “vaginally pregnant.”
In February, abortion rights foes in the Indiana Legislature pushed a bill that would force women who wanted to use an abortion pill to end their pregnancies to undergo not one, but two medically unnecessary ultrasounds—one before taking the pill, and one after.

Many Indiana residents found the idea of forcing doctors to probe women for no good reason to be repugnant. But Indiana Right to Life legislative director Sue Swayze didn’t see the problem. “I got pregnant vaginally,” she said. “Something else could come in my vagina for a medical test that wouldn’t be that intrusive to me. So I find that argument a little ridiculous.”

The Indiana Legislature removed the second ultrasound—but not the first—from the bill before it eventually became law in May.

Moving across state lines while pregnant is “reprehensible.”
Earlier this year, Olympic skier Bode Miller and his short-term girlfriend Sara McKenna became embroiled in a nasty custody battle over their newborn son. Miller—despite skipping McKenna’s prenatal appointments because, as he texted her, “U made this choice against my wish”—fought for custody of the child after a pregnant McKenna moved from California to New York to attend Columbia University.

Miller briefly prevailed in May when a New York family court judge found McKenna’s “appropriation of the child while in utero”—i.e., her decision to move while pregnant—to be “irresponsible, reprehensible,” and just shy of abduction. The decision incensed women’s rights advocates. A five-judge appeals panel reversed that decision in November, explaining, “putative fathers have neither the right nor the ability to restrict a pregnant woman from her constitutionally protected liberty.”

Rape is okay when the victim seems “older than her chronological age.”
Montana Judge G. Todd Baugh caused a scandal this year when he sentenced teacher Stacey Rambold, 54, to just 30 days in prison after Rambold was convicted of raping a 14-year-old student. But Baugh was resolute in the face of a national outcry. He told the Billings Gazette that the student, Cherise Moralez, was “as much in control of the situation” as Rambold, and was “older than her chronological age.” Moralez committed suicide while Rambold’s criminal trial was ongoing.

Baugh later apologized for his remarks, although he did not apologize for his sentencing decision. And in his apology, he took pains to explain that he didn’t think Rambold’s crime was that bad: “I think that people have in mind that this was some violent, forcible, horrible rape…It was horrible enough as it is, just given her age, but it wasn’t this forcible beat-up rape.” Montana prosecutors are still fighting for a harsher sentence for Rambold—who finished serving his 30 days this September.

Pregnant women are just “little girls” who don’t understand their own bodies.
Supporters of mandatory ultrasounds or waiting periods for women who want abortions often say they want women to fully contemplate the consequences of an abortion before having one. It’s a patronizing sentiment—especially when articulated by Greg Brannon, a pro-life North Carolina OB-GYN and a GOP candidate for the US Senate. Brannon, a Rand Paul endorsee, has described pregnant women as “little girls [who] don’t understand what’s going on to their bodies”—adding that if they show up to his office with their boyfriends, he will “whoop on them with love” to get married.

GOP Kansas Senate Majority Leader Terry Bruce is among the latter group. This spring, his party advanced an omnibus abortion bill that would have defined life as beginning at conception. As Democrats proposed amendments, including exceptions for cases of rape and incest, to make the bill less draconian, Bruce said, “These amendments are little gotcha amendments. I’m getting a little irritated at it.”

Brown quickly clarified that the bill was only meant to give prosecutors a means to go after rapists. But you’d be forgiven for fearing that the legislation could be used to target abortion providers or rape victims themselves. The bill defined tampering with evidence to include “procuring or facilitating an abortion, or compelling or coercing another to obtain an abortion, of a fetus that is the result of criminal sexual penetration or incest with the intent to destroy evidence of the crime.”

The bill, introduced to a Legislature controlled by Democrats, was doomed from the start, moving Huffington Post‘s Kate Sheppard to call it “some world-class trolling.”