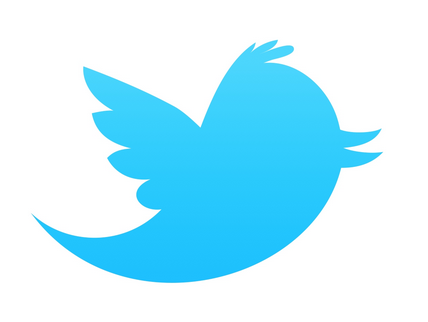 On Friday, Twitter announced that it has enabled a new form of Internet security, already used by Google and Facebook, that makes it considerably more difficult for the NSA to read private messages. With this new security, there isn’t one pair of master “keys” that unlock an entire website’s encryption, instead, new keys are produced and destroyed for each login session.

“If an adversary is currently recording all Twitter users’ encrypted traffic, and they later crack or steal Twitter’s private keys, they should not be able to use those keys to decrypt the recorded traffic,” Twitter wrote on its blog. To put that into simple terms, that would be like giving a new set of keys to each visitor coming to your house, melting them down after the person gets inside, and changing the locks. The method is called “Perfect Forward Secrecy,” and while it has been around for at least two decades, it hasn’t been picked up by tech giants until recently, following the allegations of vast government surveillance by former NSA contractor Edward Snowden.

This security system specifically takes aim at the NSA’s alleged practice of scooping up the encrypted communications of millions of users—either through hacking or top-secret national security orders—and then storing them until the agency is able to get a company’s keys to access all of the data.? While Twitter was never implicated in the NSA’s vast online surveillance program, PRISM, there is still quite a bit of private information the US government could be interested in on Twitter for its counterterrorism efforts—direct messages, time zones, user passwords, and email addresses, for example.

To get a peek at how this security might play out in real life, look no further than the legal battle the Department of Justice is currently waging against Lavabit, an alternative email provider that was reportedly used by Snowden. When the founder of Lavabit refused to give up its master encryption keys to the US government—because it would have had access to thousands of email accounts—the company was held in contempt of court. If Lavabit had installed Perfect Forward Secrecy, however, the company wouldn’t have been able to give up its master keys, since they would have already been destroyed.

The Electronic Frontier Foundation, an Internet privacy group, supports Perfect Forward Secrecy, arguing that “against the known threat of “upstream” data collection, supporting perfect forward secrecy is an essential step.” However, as EFF notes, this doesn’t necessarily make a company completely NSA-proof, since it doesn’t protect data that’s stored on a server (and NSA still managed to hack into Google, by breaking into its front end server, according to documents in the Washington Post).

The New York Times says that this new security will slow traffic down by about 150 milliseconds in the United States, and Tweeters are unlikely to notice. But it will “make the National Security Agency’s job much, much harder,” the paper said.