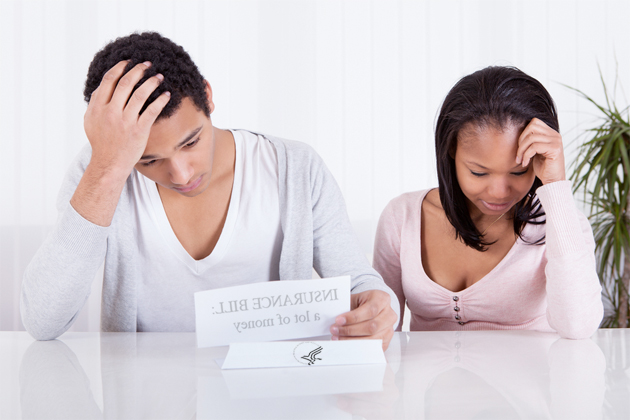 In 2009, when President Barack Obama first promised that people who liked their insurance coverage would be able to keep it under the Affordable Care Act, he overlooked one critical fact: Many of the health policies that Americans like are terrible insurance plans that were created to scam consumers.

Over the past few weeks, insurers have been sending out hundreds of thousands of notices alerting customers that their current plans won’t comply with the ACA as of January 1 and that the owners of these plans need to find alternatives. Republicans and conservatives pointed to the development as evidence that Obama lied. Several prominent right-wingers who were covered under these plans, including Fox News contributor Michelle Malkin, have helped fuel this outcry. When Malkin got her cancelation notice, she went on the Twitter warpath. She later wrote a piece for the National Review slugged, “Obama lied. My health plan died.” Malkin had a high-deductible plan from Anthem Blue Cross that doesn’t meet the minimum coverage requirements created by the ACA. So she has to get a new plan on the state health exchange. Malkin blamed Obamacare for destroying the individual insurance market.

The media have covered these complaints with gusto, as if the cancelations are a genuine crisis and indication of a failure of Obama’s health care law. The ACA was designed specifically to prevent insurance companies from peddling lousy insurance plans and to force these firms to replace these subpar products with affordable plans providing better and effective coverage. The plans being canceled are ending because they offered insufficient coverage—and only a few years ago both Rs and Ds were upset about these kinds of plans. But there’s been collective amnesia about the shoddy plans that GOPers have happily exploited in recent days. Perhaps Obama should have said, “Those of you who obtain insurance on the individual market can keep your plans unless it’s the sort of rip-off plan the ACA will forbid. Otherwise, you will be offered new options that actually give you decent coverage at a decent price.”

The fastest growing group of underinsured was people in households around the national median income, the $40,000 to $50,000 annual income range—folks who make too much to qualify for Medicaid but who don’t have employer-sponsored plans or who can’t afford the ones they’re offered. Insurance companies jumped into the void with a lot of products Consumer Reports dubbed “junk insurance.” These were plans that barely qualified as insurance because they had very low caps on coverage or weren’t even really insurance at all. Many were merely medical discount programs that didn’t protect against health-related financial calamity. Insurance companies, including many of the biggest, marketed these products aggressively and often misleadingly—which was made easier by the lack of disclosure requirements in the sale of health insurance. Regulators struggled to protect consumers because so many of the junk plans were perfectly legal.

Take the case of HealthMarkets Inc., a company owned by the Goldman Sachs Group and Blackstone Group, two Wall Street giants. It had run-ins with state regulators repeatedly regarding its sale of junk health insurance on the individual market. The company paid out more than $40 million in settlements with state attorneys general over its deceptive sales practices between 2008 and 2010. In 2009, for example, after a long investigation, the Massachusetts attorney general fined the company $17 million and banned it from doing business in the state for five years.

HealthMarkets was also plagued with individual consumer lawsuits and class actions. Among those who sued the company was Doug Christensen, a cancer survivor who bought a HeathMarkets plan from the National Association for the Self-Employed. A sales rep had knocked on the door of his office and offered him a policy for $434 a month that would cover him and his wife, and include $100,000 worth of chemotherapy coverage. He didn’t realize that the bargain policy had a host of limitations, including a cap on drug expenses at $1,000 per day, which wasn’t close to what the treatment ended up costing when his bone cancer returned. Doug eventually died, and his widow was left with $450,000 in unpaid medical bills because the policy was so bad. She won a $1.7 million settlement with the company in 2005.

Stories like these had been standard fare for years before Obamacare. Even Republicans got outraged. In 2008, Sen. Charles Grassley (R-Iowa) launched an investigation into AARP’s limited benefit health plans and held a hearing on junk insurance plans. He was inspired by a Wall Street Journal article about a Texas woman, Lisa Kelly, who was diagnosed with leukemia and required cancer treatment. She was referred to the M.D. Anderson Center in Houston. When she called to schedule her first chemo appointment, the hospital told her to bring with her a check for $45,000. Kelly had a limited-benefit policy sold by AARP that required her to pay all of the medical costs up front. Then it would reimburse her $7,500 per procedure, which didn’t cover the treatment cost.

Grassley’s staff investigated the AARP’s plan and discovered that the insurance company was using highly deceptive marketing practices. When he made the results public, Grassley decried the evils of the individual health insurance marketplace saying, “It’s not better than nothing to encourage people to buy something described as ‘health security’ when there’s no basic protection against high medical costs.”

AARP ended up discontinuing some, but not all, of the plans. Today, the individual market is still plagued by consumer abuses that have left many people at risk of medical bankruptcy or lack of access to care. “A lot of insurance that is sold today is like a Swiss cheese insurance policy. It’s insurance that doesn’t really insure,” says Ron Pollack, the executive director of Families USA, a health care advocacy group that supports the ACA.

Many of the plans on the individual market are so bad that people who have them might as well be uninsured. “The only people who like those plans are people who have never needed them,” says Nancy Metcalf, a senior editor at Consumer Reports. “They haven’t figured out yet how terrible they are. They think they have good coverage but they don’t.”

A good example might be Dianne Barrette, 56, who appeared on CBS News with Jan Crawford last week for a segment about the wave of cancelations. Barrette, a realtor in Florida, was upset because her $54 a month insurance plan was being canceled. She believed a new one would cost her more than $500 a month due to Obamacare. “What I have right now is what I’m happy with,” she said. “I just want to know why I can’t keep what I have. Why do I have to be forced into something else?”

But here’s the rub: Barrette’s $54 plan wasn’t even insurance. When I talked to her, she was unsure of what her plan covered. But she said it was what Blue Cross calls a “supplemental” or discount plan, which only pays $50 toward doctor’s office visits and a few other out-patient services, including mammograms. What her plan doesn’t cover: hospitalization. Not at all. So if she gets hit by a car, the people ultimately picking up the tab will be the hospital and everyone else (by way of higher medical costs). If she gets cancer, she’s basically out of luck. “It’s all I could afford,” she told me.

Blue Cross was selling these plans in malls and other retail insurance “shops” in an effort to target young people who don’t have or don’t think they need health insurance, luring them in with cheap premiums of between $24 to $54 a month. The plans came with a not-well-disclosed caveat that they were not designed to replace hospital-surgical plans, which Blue Cross encouraged people to buy—provided the purchasers could get past all the exclusions for preexisting conditions.

Blue Cross is now canceling 300,000 plans in Florida, and, no doubt, a lot of them are such “Go Blue” plans. (A spokesman from Blue Cross of Florida wouldn’t answer any specific questions about which plans are getting canceled.) The ACA was designed to replace plans like the one Barrette bought. And every plan sold on the Obamacare exchanges must provide a minimum and meaningful level of coverage, including free preventive care, mental health and maternity coverage, hospitalization, and rehabilitation services that are indispensable for anyone who has a disability, who becomes injured in a bad accident, or who has a degenerative disease such as multiple sclerosis. These plans don’t have annual or lifetime coverage limits of any sort. And the insurance companies selling plans on the exchange must disclose coverage terms in such a way that people know what they’re getting and can compare similar plans.

Much of the recent media coverage treats the old junk plans as a national treasure, their loss a true scandal. Far from being a victim of Obamacare, Barrette should have been a story about someone who will benefit immensely from the Affordable Care Act. According to the Kaiser Family Foundation premium calculator, Barrette, who makes about $30,000 a year, is eligible for an annual tax credit of up to $3,967 a year, which could get her a silver plan on the exchange for $234 a month (in cost to her), or a bronze plan, with slightly higher out of pocket costs, for $97 a month. True, with the bronze plans, she’d be paying $43 a month more, but in return, she would have true protection and access to health care, not sham coverage. A bronze plan would replace her $50 doctor’s office discount with free preventive care services, including mammograms, cover hospitalization and other services, and cap her out of pocket costs at slightly more than $6,000 a year. Barrette should be cheering the death of her old plan.

The same is true of the other conservatives who’ve groused about losing a plan, including Malkin. As Metcalf points out, “If they’re having to cancel out a plan with a $10,000 deductible and end up with a plan with a $2,500 deductible, that’s a better plan, period.” Pollack says, “As people now get real protection, the premiums may be somewhat higher, but it’s a different product and you’re saving money on the back end. The Affordable Care Act eliminates lousy coverage, which ultimately saves cost for people when they receive care.”