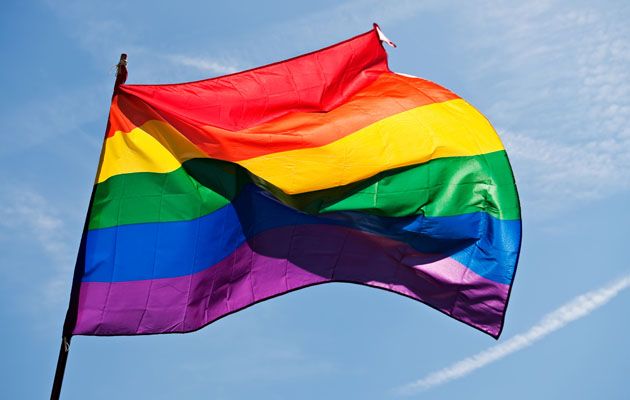 By Tuesday morning, Congress will either make progress on a long overdue piece of anti-discrimination legislation or, as public opinion continues to swing away from the homophobia of yesteryear, a cadre of Republican senators will have stamped their distaste for LGBT rights into the history books.

The Senate is set to vote Monday evening on the Employment Nondiscrimination Act (ENDA), which would offer employment protection for LGBT workers. All 55 Senate Democrats support the bill and four Republican senators have indicated that they’ll be voting for it. No one quite knows if ENDA has the necessary 60 votes to overcome a filibuster, but it seems likely that at least one more Republican will side with the Democrats (one of the unknown holdouts, Sen. Rob Portman (R-Ohio), endorsed same-sex marriage earlier this year after revealing that his son is gay). But the majority of Republicans still oppose the bill, with Sen. John McCain (R-Ariz.) terming it “reverse discrimination.”

It’s been a relatively good year for LGBT rights in the US. In June, the Supreme Court overturned the Clinton-era Defense of Marriage Act, granting federal recognition to married same-sex couples. California, Maryland, Delaware, Minnesota, New Jersey, and Rhode Island all began marrying same-sex couples in 2013, with Hawaii possibly joining that list by year’s end. But the fight for LGBT rights is still an ongoing battle in this country. Employers can fire their employees for their sexual orientation or identification in most states. National law bars employers from dismissing workers based on race, sex, or nationality, but transgender people aren’t protected in 33 states, while 29 states lack laws to prevent gay, lesbian, and bisexual people from being unjustly fired. These protections aren’t just symbolic; LGBT people still suffer high rates of employment discrimination, with 15 to 43 percent of gay, lesbian, and bisexual workers reporting that their sexual orientation had negative ramifications for their careers.

Barack Obama penned an op-ed for The Huffington Post over the weekend urging congress to pass the bill. “It’s offensive,” the president wrote of the current lack of legal protections. “It’s wrong. And it needs to stop, because in the United States of America, who you are and who you love should never be a fireable offense.”

ENDA last came up for a vote in 2007, when it passed the House by a wide margin, only to die in the Senate. Democrats again tried to pass the bill when they controlled both chambers in 2009 and 2010, but held up ENDA over disputes contesting the inclusion of protection for transgender people.

If a bipartisan Senate coalition passes ENDA this week, odds are slim that the bill, which still has to get past the House, will become a law. Meanwhile, House Republicans are considering legislation that would allow anyone to discriminate against married same-sex couples.

Update: On Monday morning, John Boehner’s office reaffirmed the House Speaker’s past opposition to ENDA, ruling out any possibility that the bill will become law as long as he continues to lead House Republicans. “The Speaker believes this legislation will increase frivolous litigation and cost American jobs, especially small business jobs,” his spokesman said.