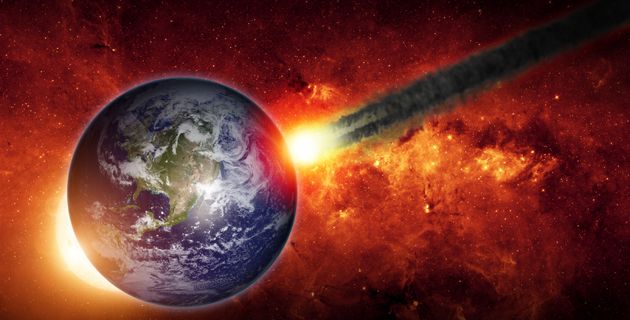 If scientists were to discover, later this week, that an asteroid large enough to destroy the Earth will smash into the planet in a years’ time, humanity would have only one course of action, says former astronaut Russell Schweickart: “Make yourself a nice cocktail and go out and watch.”

That’s why the United Nations is forming an “International Asteroid Warning Group,” on the advice of an association of former astronauts, to share data about threatening asteroids. In a set of forthcoming recommendations, the Association of Space Explorers (ASE) will loosely outline the emergency steps that the UN’s longstanding Committee on the Peaceful Uses of Outer Space must take if the asteroid warning group identifies an extinction-level space rock on a collision course with Earth. (The best option, according to ASE, would be to crash a spacecraft into the asteroid to knock it off course.)

And right now, that’s a pretty big “if.” According to former astronaut Ed Lu, another ASE member, we have only discovered only 1 percent of the asteroids in space that are large enough to destroy a city. Lu, Schweickart, and several other ASE members are collaborating on technology to detect the wayward space rocks that threaten humanity. A non-profit they co-founded called B612 hopes to build and launch an infrared-detecting telescope into space to scan space for asteroids by 2018—something that is technologically possible, says Lu, although it’s never been done before.

ASE members decided to loop the UN in on their Armageddon-esque fears so that world leaders could coordinate an international strategy for dealing with apocalyptic asteroids. That way, any contingency plans won’t be biased in the favor of one country. “If something goes wrong in the middle of the deflection, you have now caused havoc in some other nation that was not at risk,” Schweickart says. “And, therefore, this decision of what to do, how to do it and what systems to use have to be coordinated internationally. That’s why we took this to the United Nations.” ASE members hope that in the near future, the UN can organize a test mission among members nations to practice the maneuvers that would be necessary to deflect an asteroid.

So to recap, the international checklist for avoiding world destruction reads as follows: Build a never-before-seen interplanetary space telescope, then get world leaders to collaborate on a selfless space mission to practice deflecting killer space rocks. That cocktail is sounding pretty good right about now.