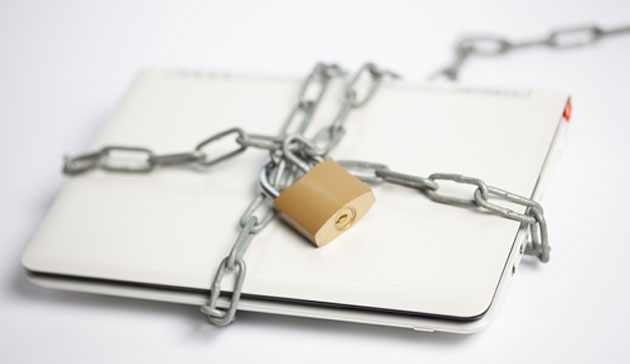 1) Use open-source software
Software whose source code is publicly available is more secure than anything developed by Microsoft, Apple, or Google: Its transparency means developers can’t easily conceal security holes at the behest of hackers or governments. You’ll want open-source platforms for your browser (Firefox, for example), email (Thunderbird), and instant messaging (Jabber), all of which are virtually idiot-proof to install. Switching to open-source for your operating system (Linux is the most popular choice) seems more intimidating, but ultimately isn’t much harder than changing the format on a text document.
Nerd factor: You’ve tweaked the default settings in your apps.

2) Hide your location
Install the easily downloaded Tor Browser, which comes preconfigured to mask your IP address and, therefore, your location. Tor’s software bounces your data through several of its thousands of volunteer servers; anyone intercepting traffic will think the data came from the last server in the chain. It’s like a lightning-speed version of trying to shake a stalker by racing around town and repeatedly switching cars—it may not always work, but it makes you much harder to follow. Downside: The FBI recently acknowledged that it hacked into some Tor servers.
Nerd factor: You’ve downloaded software.

3) Encrypt
Though we learned in September that the NSA has defeated most commercially available encryption, scrambling your online activities will still foil hackers. The easily installed browser extension https Everywhere encrypts your web activity; for instant messaging, try Off-the-Record Messaging. For email, the program Pretty Good Privacy will let you set up a system of security “keys” to safeguard correspondence.
Nerd factor: You likely ride the Google bus.

4) Mind the “air gap”
If you’re serious about becoming a digital Deep Throat, buy (or better yet, build) a computer that has never been connected to the internet. If you want to give somebody else a file, encrypt it on the secure computer and physically deliver it to the recipient on a USB stick.
Nerd factor: You own The Matrix on Blu-ray.

5) Ditch your phone
In July, a federal appeals court ruled that the government can obtain your location data from carriers without a warrant. You can minimize what you share by disabling tracking functions on your apps and turning off your phone when you aren’t using it. Better yet, remove its battery (though iPhone owners don’t have that option).
Nerd factor: You own a phone.

6) Use a passphrase
A string of random common words—”jose llama tequila mountain”—is way easier to remember and way harder to crack than a single word. Because passphrases are significantly longer than passwords, they contain, as cryptographers like to put it, more bits of entropy. Now if only your bank would stop demanding at least one capital letter and one number and leave you to picture a llama on a mountain of Jose Cuervo.
Nerd factor: You remember which “o” is an ø, in your previous password.