The Obamacare rollout is—to put it generously—not going so great. But at least Scarlett Johansson is still into it.

Over the past few months, the Obama administration has been active in celebrity outreach in their efforts to pitch the Affordable Care Act, particularly to young Americans. For example, a cluster of Hollywood celebrities, including Michael Cera and Kal Penn, gathered at the White House in July to brainstorm ways to help spread the word about the health insurance exchanges that opened up for business on October 1.

On Thursday, FoxNews.com published a story citing an unnamed “well-placed Hollywood agent” who claimed that many public-relations teams are advising their celebrity clients to take a break from promoting the ACA, due to problems surrounding Healthcare.gov. The White House did not respond to Mother Jones‘ request for comment on how they thought the campaign of celebrity Obamacare endorsements has been going lately.

Whether they’re making a difference or not, Obamacare has a large contingent of vocal celebrity fans. Here are all the famous actors and pop stars who want you to sign up for Obamacare:

F the shutdown. The Health Insurance Marketplace is now open in every state. Don’t wait another day to #GetCovered! http://t.co/LTfvyg1FIR

If you want to make sense of the whole healthcare thing, or just want to #GetCovered, check out http://t.co/r3b3v3obly. #KnowYourOptions

7. Scarlett Johansson: She, too, made a Planned Parenthood Obamacare message:

Questions about the new Health insurance marketplace? Head to http://t.co/a82tnOWbaA to get #GetCovered pic.twitter.com/NRqhcAlEAf

Im Canadian. We have healthcare for all. If you dont have insurance go to http://t.co/SEQS7qtQYA and #GetCovered ,Be… http://t.co/HtrFgfbh8i 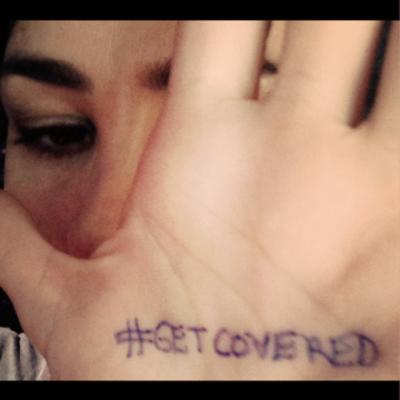 #getcovered RT @NSYNC: Love, hate, or just confused by it -learn all you can about the Affordable (cont) http://t.co/t3zyBRWOSF

If you’re confused about the healthcare law, all the info you need to #GetCovered is at http://t.co/zfyBcQabWH. #KnowYourOptions 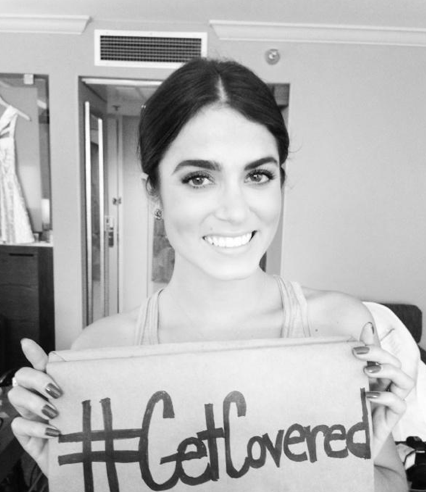 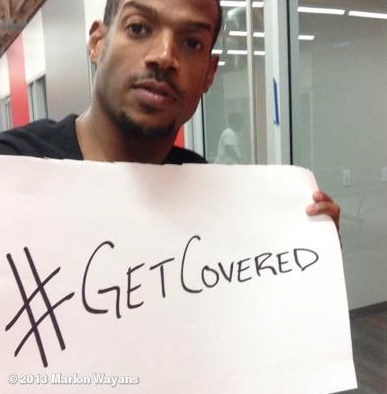 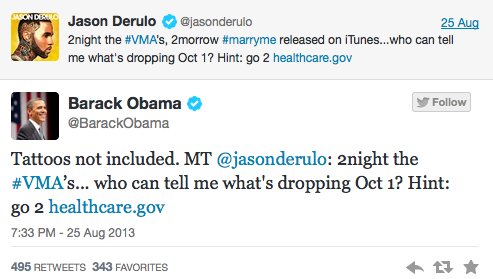 Okay, there are a few others, but you can check them out here. Now, here are some celebs who want you to be very angry with Obama and his socialist Obamacare:

#TheGlitchfather: “http://t.co/HXH5H9X6HJ was an abortion, Michael! It was an ABORTION!”

These examples were harder to pin down, as you could probably guess.