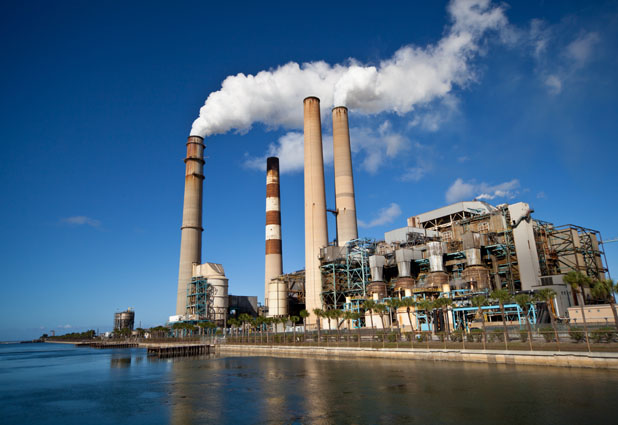 Less than 1 percent of US power plants produce nearly a third of the energy industry’s carbon emissions, according to a new report released Tuesday. “If the 50 most-polluting U.S. power plants were an independent nation,” reads the report from Environment America Research & Policy Center, an independent nonprofit, “they would be the seventh-largest emitter of carbon dioxide in the world, behind Germany and ahead of South Korea.” The vast majority of the top 100 offenders—98 of them in fact—are coal plants.

The report, which comes in advance of a Environmental Protection Agency proposal on emissions standards for new power plants expected later this month, claims that cleaning up the biggest polluters could have an outsized impact on reducing greenhouse gases. A March EPA proposal suggested capping carbon production at 1,000 pounds of CO2 per megawatt-hour produced for new plants. That’s well below the 3,000 pounds of CO2 per megawatt-hour the dirtiest existing plants produce. Standards for existing plants are in the works, too—the EPA’s proposal is supposed to be submitted by June 2014 and finalized the following year. Even if the standards are weakened in the approval process, the average coal plant still produces more than twice as much carbon than allowed by the cap. That means new coal plants are “highly unlikely” to meet the EPA’s target, according to the report. 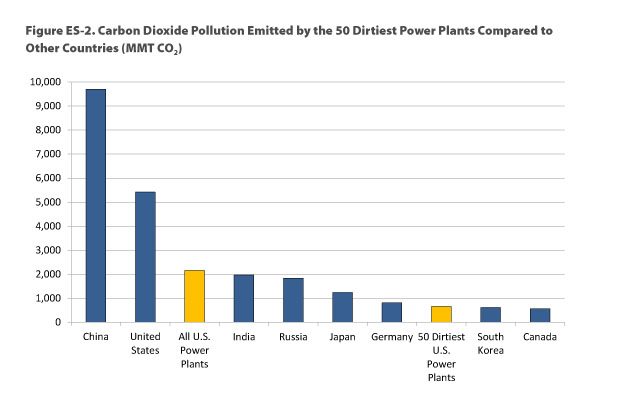 Today, the 50 dirtiest plants in the United States—all coal-fired—account for 2 percent of the world’s energy-related carbon pollution each year. That’s equal to the annual emissions from half of America’s 240 million cars. The 100 dirtiest plants—a tiny fraction of the country’s 6,000 power plants—account for a fifth of all US carbon emissions. According to the report, curbing the emissions of the worst offenders in the United States “is one of the most effective ways to reduce U.S. global warming pollution…reducing the risk that emissions will reach a level that triggers dangerous, irreversible climate change impacts.”

The United States has been trending away from coal, and a recent spate of bankruptcies and closings have thrown the future of coal-fired plants, and their potential for profit, into question. If the new EPA standards don’t change the US energy landscape, it’s possible that glut of cheap natural gas and looming expensive upgrades for coal plants will.

Here are the top 10 dirtiest plants in the states, and their yearly emissions: