California’s massive Rim Fire has now charred more than 192,000 acres, including 45,000 acres in Yosemite National Park. But Yosemite isn’t the only national park facing the threat of wildfires. Across the western United States, rising temperatures, past fire suppression policies, and invasive species are increasing the fire risk—meaning some of country’s greatest natural treasures could one day go up in smoke.

Here are seven beautiful parks where the danger is very real. 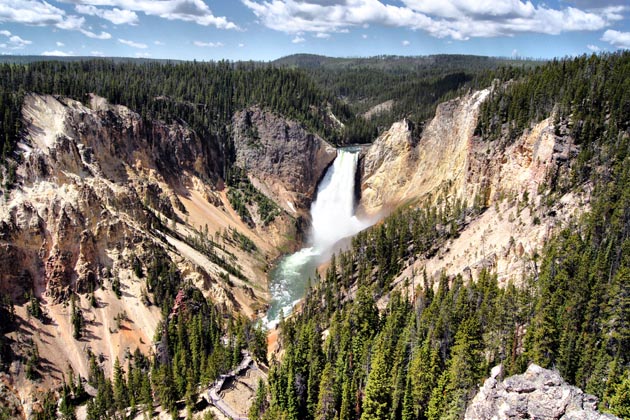 America’s first national park is also one of the most threatened by fire. Anthony Westerling, a wildfire expert at the University of California-Merced’s School of Engineering, says that large blazes were once relatively infrequent in the northern Rocky Mountains but that climate change could dramatically increase fire activity in the Yellowstone area.

In 2011, Westerling and his colleagues found that continued warming “could completely transform” fire activity in the greater Yellowstone ecosystem, which includes the Yellowstone and Grand Teton parks. In fact, by the middle of this century, both the frequency of fires and the area burned could be greater than at any time in the past 10,000 years. The researchers concluded that these changes would result in a “real likelihood of Yellowstone’s forests being converted to nonforest vegetation during the mid-21st century” because new trees wouldn’t have a chance to grow between the increasingly frequent fires. 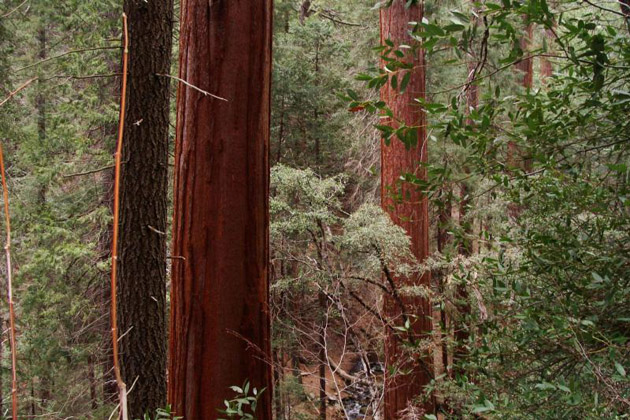 The parks are best known for their giant sequoias—the same type of ancient trees that firefighters have been scrambling to protect in Yosemite. Giant sequoias are a “fire-adapted” species that typically benefits from low-intensity ground fires—the trees’ thick bark protects them from flames, and the heat helps release their seeds. But massive blazes like the one in Yosemite could be a different story.

Patrick Gonzalez, a climate change scientist with the National Park Service, has been working with a team of researchers to analyze the vulnerability of the parks’ giant sequoias to a potential increase in fire due to climate change. Gonzalez said in an email that “it is not yet possible to say that climate change has increased fire danger” in Sequoia. Still, he says, park officials are “considering how to adapt their fire management practices” based on the research. 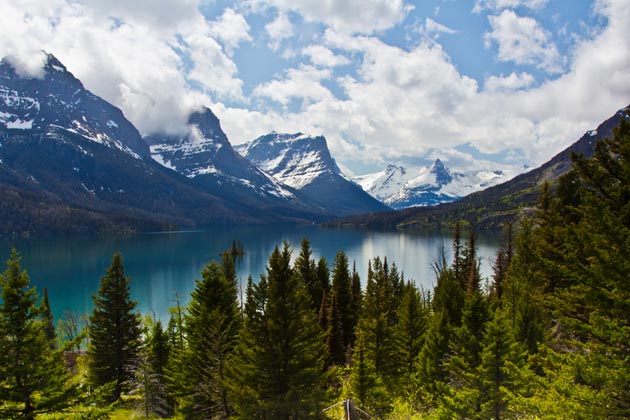 It’s well known that this park’s iconic glaciers are threatened by climate change. But officials at the park—in Montana’s northern Rockies, along the Canadian border—are also concerned about the potential for increasing fires. According to a park service publication, temperatures in the Glacier area increasing nearly twice as fast as the global average. The heat, combined with decreased snowfall and other factors, could cause an “increase in frequency, size, and intensity of wildfires.” Glacier officials are worried that warmer weather is worsening insect infestations—which in turn might weaken trees and make them more vulnerable to fire. According to a recent Government Accountability Office report:

[P]ark staff said additional funding could be used to address increased western spruce budworm infestations. This insect normally infests trees for 3 years, but due to temperature increases, its infestation period has lengthened to 7 to 15-year cycles, according to park managers. As a result, hundreds of forested acres of Glacier National Park have been weakened, which could increase their susceptibility to fires. 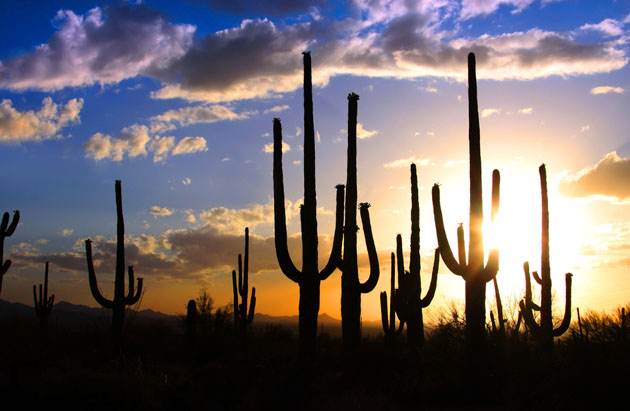 This desert park’s namesake, the saguaro cactus, is “severely threatened” by a highly flammable invasive plant called buffelgrass, according to the National Park Service.

Julio Betancourt, a scientist with the US Geological Survey, thinks it’s likely that warmer temperatures are playing a role in spreading buffelgrass. He explains that beginning in the 1980s and ’90s, buffelgrass “exploded across the landscape,” filling the Sonoran Desert with fuel for small, intense fires that can transform the landscape. “These fires burn hot,” says Betancourt, “this is not something Saguaros are going to survive.”

After a fire, the buffelgrass regrows quickly, often thicker than before. But saguaros—as well as other species native to the park—grow very slowly and simply can’t compete with the fire-adapted grass. According to the park service, “Many scientists believe that local extinctions of saguaros will occur and the Sonoran Desert vegetation and wildlife will be changed forever.” 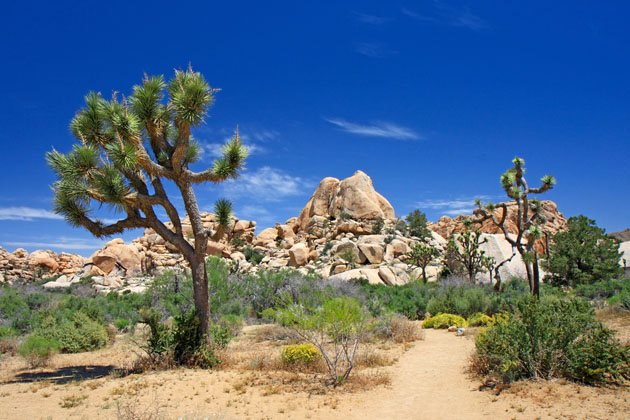 Located in the California desert, Joshua Tree faces a similar threat from invasive grasses—in this case, from red brome and cheatgrass. According to the Park Service, these plants “made a major assault on the park” beginning in the 1990s and are fundamentally altering the ecosystem:

Formerly when lightning struck a Joshua tree or juniper, it would consume that plant then burn out. Now the grasses covering the ground carry the fire from the ignited plant on to others.

Desert plants are not adapted to fire; plant seeds do not require fire to break dormancy, nor do many of the plants resprout after fire. We believe that larger fires do occur in deserts, but historically only every century or so. Due to exotic grasses, we are now seeing large fires, such as the Juniper Complex fire that burned 14,000 acres in 1999, every five to 30 years in the Mojave.

Correction: An earlier version of this article contained a photo of Yosemite National Park that was incorrectly labeled by our photo distribution service as Sequoia National Park. We’ve since replaced it with a real photo of Sequoia.