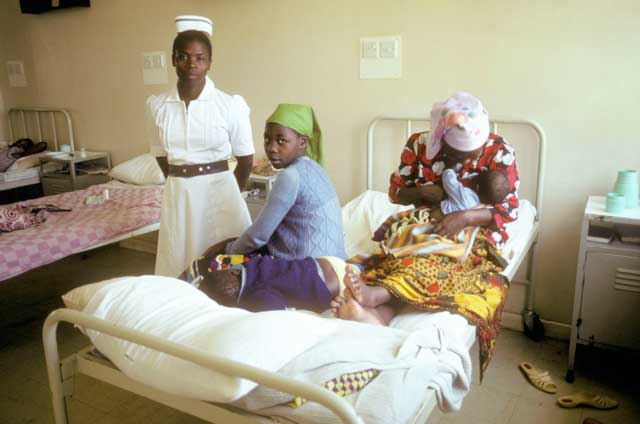 Like many African nations, Kenya’s health care system faces many challenges, including severe rates of malaria and HIV/AIDS. But according to a new report published by the Kenyan Ministry of Health, one change could go a long way toward reducing stress on a hugely overburdened system: allowing more women to have an abortion.

Though Kenyans reconsidered an existing abortion ban when writing their 2010 constitution, the nation’s top legal document still virtually forbids the procedure. Exceptions are only allowed during health emergencies, as determined by a trained health professional (although at least one US congressman was outraged that even these exceptions made it into the final constitution). Yet outlawing abortion has done little, if anything, to reduce the number of procedures. In 2012, the period of the study’s analysis, researchers estimated that Kenyan women underwent nearly 465,000 induced abortions—about 48 for every 1,000 women of reproductive age, well above the estimated rates for both Africa (29 per 1,000) and the world (28 per 1,000).

But keeping abortions underground has led to an incredible rate of complications, putting a strain on an already overburdened health care system. In 2012, almost 120,000 Kenyan women, or more than a third of all women who underwent the procedure, experienced complications. The vast majority of these complications, the researchers found, followed “unsafe abortions” carried out by untrained people or “in an environment that does not conform to minimal medical standards.”

Most of these unintended side effects were quite serious: 77 percent of these 120,000 women suffered complications that were “moderately severe” or “severe,” according to the study. Out of 100,000 unsafe abortions in Kenya today, the researchers estimated, 266 women die. That rate is lower than the World Health Organization’s estimate for all of sub-Saharan Africa (520 deaths per 100,000 unsafe abortions), but far higher than in developed regions, where the rate is estimated to be 30 per 100,000.

Loosening the virtual abortion ban may not end Kenya’s flood of post-abortion complications overnight, but it could save innumerable lives. Kenya’s northern neighbor shows why: In 2004, following an outcry over abortion-related deaths, the Ethiopian legislature decriminalized abortion under certain conditions, such as rape, incest, or when the mother is a minor or has a physical or mental disability. About 27 percent of abortions in Ethiopia are now performed in clinical conditions, and despite lower life expectancy and a lower doctor-patient ratio than Kenya (both measures of overall health care quality), as of 2008, the rate of abortion-related complications in Ethiopia was only 20 percent— still high, but far lower than in Kenya.

But the real takeaway from this study, and why US states pondering their own supercharged abortion restrictions should pay attention, is how unsafe abortions harm more than just the women on whom they are performed. The researchers estimated that in 2012, more than 119,000 women in Kenya were treated for abortion-related complications. “The treatment of abortion complications uses a large amount of scarce health systems resources,” they write. In other words, unsafe abortions reduce everyone’s access to health care.

“Improved access to high-quality comprehensive abortion care,” the researchers state, “will not only save lives, but also reduce costs to the health system.”