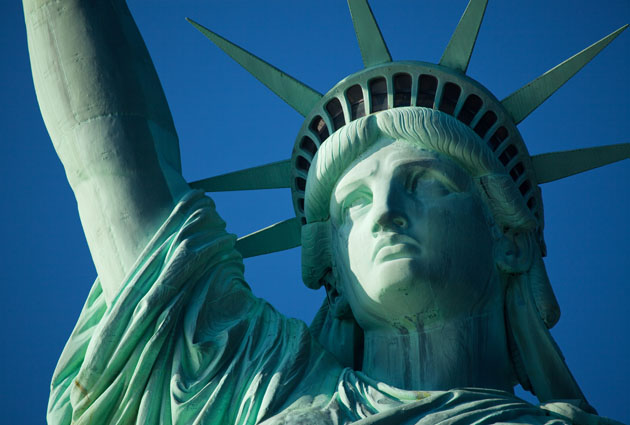 A previously unknown Bush administration program continued under President Barack Obama grants the FBI and other national security agencies broad authority to delay or squash the immigration applications of people from Muslim countries, according to documents obtained by the American Civil Liberties Union.

Under the program, immigrants can be designated “national security concerns” based on the flimsiest of rationales, such as coming from a “suspicious” country. Other criteria that can earn an immigrant this label include wiring money to relatives abroad, attending mosques the FBI has previously surveilled, or simply appearing in FBI case files.

“This policy is creating a secret exclusion to bar many people who are eligible for [citizenship] because…of their national origin or religion or associations,” says Jennie Pasquarella, the ACLU lawyer who authored a new report on the program, which is called the Controlled Application Review and Resolution Program (CARRP). “It’s doing this without the knowledge of the public, without the knowledge of applicants, and without, we believe, the knowledge of Congress.”

The criteria laid out under CARRP, which took effect in April 2008, are used to process nearly every immigration application. But once the FBI or another government agency flags an immigrant as a potential national security threat, that person’s application for citizenship or permanent residency is shunted off into a separate system, where it lingers and is almost invariably rejected. The immigrants who have been labeled “national security concerns” have no way to know about or contest the decision.

According to CARRP documents, the “suspicious activities” that warrant this designation include “unusual travel patterns,” “travel through or residence in areas of known terrorist activity” (being from Yemen or Pakistan, for example), “large-scale transfer or receipt of funds” (which is very common in immigrant communities), or having any family member or “roommate, co-worker, employee, owner, partner, affiliate, or friend” who has already been labeled a “national security concern.” Even an immigrant who is simply mentioned in an FBI file—including those who were a witnesses or victims of crime—will likely be flagged with this status.

Once an immigrant is identified as a national security concern, CARRP requires immigration officials to conduct a “thorough review” in search of any non-security-related excuse to deny the immigrant citizenship, which saves them the trouble of investigating whether the security concerns are valid. But eventually, “all roads lead to denial,” the ACLU report concludes. “If the ‘national security concern’ remains, officers are not authorized to approve the application.”

In a statement, Christopher Bentley, a spokesman for US Customs and Immigration Services, denied that national security agencies have veto power over USCIS decisions, saying that “the final decision about whether to grant or deny a petition or application is made exclusively by USCIS.” (The full USCIS statement is reproduced below.)

The ACLU report suggests that the FBI has used CARRP designation as leverage to influence immigrants to become informants, and highlights the cases of several Muslim men who believe they were flagged under the CARRP guidelines because they refused. One of those men, Hassan Razmara, is an Iranian Muslim who received a green card via the lottery system in 2002. Razmara attended an Iranian mosque in West Covina, California, that was surveilled by the FBI. The mosque’s imam was charged and convicted of fraud in 2008, and in early 2009, an FBI agent showed up at Razmara’s immigration interview and questioned him about the mosque and the imam. In follow-up calls, the FBI agent asked Razmara to become an informant. Razmara declined, and four years later, his application for citizenship is still languishing, awaiting “additional background checks.” The statutory limit for deciding the outcome of such an application is six months.

As Trevor Aaronson reported in the September/October 2011 issue of Mother Jones, the FBI has often used immigrants’ legal status to entice them to become informants:

A typical scenario will play out like this: An FBI agent trying to get someone to cooperate will look for evidence that the person has immigration troubles. If they do, he can ask [immigration officials] to begin or expedite deportation proceedings. If the immigrant then chooses to cooperate, the FBI will tell the court that he is a valuable asset, averting deportation.

“There certainly isn’t any [law] that says if the FBI doesn’t like you you can’t become a citizen,” Pasquarella says.

USCIS’ highest priority is to safeguard our nation and protect the integrity of our immigration system.  We are vigilant in executing these responsibilities, and will not sacrifice national security or public safety in the interest of expediting the review of benefit applications.

As part of our thorough case-by-case review, USCIS conducts national security and criminal background checks of petitioners and applicants who seek immigrant benefits and services.  USCIS assesses information it receives through these checks when determining eligibility for an immigration benefit to ensure that only deserving individuals receive benefits.  These checks, along with national security case review guidance, are critical tools that ensure USCIS is able to make well-founded, quality decisions.

The final decision about whether to grant or deny a petition or application is made exclusively by USCIS.  In some cases, the background checks produce information that USCIS must review with its national security and law enforcement partners.  This review is done in compliance with immigration laws and with a steadfast commitment to maintaining the integrity of the immigration process.