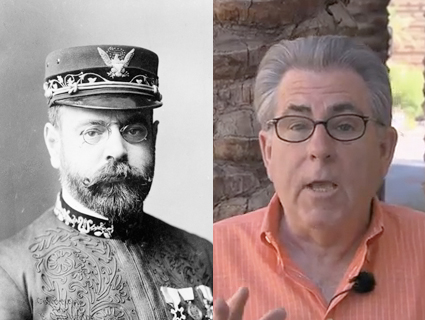 Dr. Ben Carson went from acclaimed Johns Hopkins neurosurgeon to conservative hero when, in February, he rebuked President Obama during a speech at the National Prayer Breakfast. With Obama seated a few feet away, Carson blasted the “PC police,” stumped for a flat tax, and ripped the president’s positions on health-care reform and deficits. Overnight, Carson became a tea party hero. The Wall Street Journal editorial board headlined its write-up of Carson’s half-hour speech: “Ben Carson for President.”

A new super-PAC chaired by John Philip Sousa IV, the great-grandson of the man who wrote “Stars and Stripes Forever,” aims to do just that—nudge Carson into the 2016 race. The National Draft Ben Carson for President Committee recently filed papers with the Federal Election Commission to raise and spend unlimited amounts of money—as all super-PACs can—in an effort to convince Carson to launch a presidential run. On the super-PAC’s website, RunBenRun.org, you can sign a petition that begins, “You said that if the American people were still ‘clamoring’ for you to run for president, you would seriously consider doing so. Well, I’m clamoring for you to run for president of the United States.” As the Center for Public Integrity notes, the super-PAC’s creator is Vernon Robinson, a resident of Winston-Salem, North Carolina, who has unsuccessfully run for Congress three times.

Sousa, who has largely avoided politics since unsuccessfully running for Congress as a Republican 38 years ago, says he’s already raised $1 million from more than 40,000 individuals and businesses across the country. (A quarterly filing provided by the group reveals that most of that $1 million went to pay for direct-mail costs.) “I heard from the guy who filed the report for us that our report was almost the size of Obamacare, at 2,200 pages,” he says.

Sousa is an immigration hardliner who notes on his personal web site that “I am tired of pressing one for English, I am tired of looking for the English instructions on boxes. If you don’t speak English or you are not willing to learn English, I would strongly suspect that you should not be a permanent resident in the United States of America.”

Sousa is also something of a birther. In an interview with Murphy, he said, “I mean, can you unequivocally say that Obama was born in the United States? I can’t!” He went on: “I don’t trust [the documentation]. I don’t distrust it. I don’t know.”

What’s been Carson’s response to the “Draft Ben” effort? Muted, so far. He told Fox News’ Greta Van Susteren that he loved John Philip Sousa’s music but he wasn’t going to “interfere” with Sousa IV’s effort. “I believe that god will make it clear to me if that’s something that I’m supposed to do,” he said. “It’s not something [I] particularly want to do. I find life outside of politics much more appealing.”