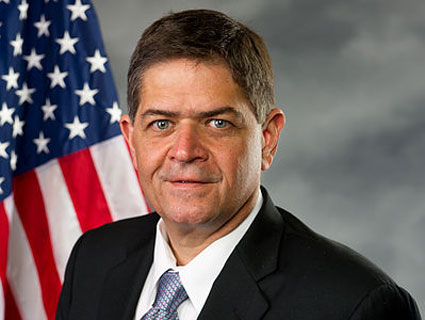 In a sign of the immigration reform movement’s ambivalence over the $40 billion border security compromise that eased the way for passage of the comprehensive reform legislation in the Senate, freshman Rep. Filemon Vela (D-Texas) has resigned from the Congressional Hispanic Caucus in protest of its support for the bill. The congressman announced his decision in a short email he sent over the weekend that read, “I hereby resign.”

Before Vela’s resignation, the Congressional Hispanic Caucus (CHC) was comprised of 26 House members and one senator, Gang of Eight member Bob Menendez (D-N.J.), all Democrats. Six of them, including Vela, represent southern border districts, the source of much of the most vocal criticism of the Senate compromise. The CHC’s chairman, Rep. Ruben Hinojosa (D-Texas), last week hailed the passage of the Senate bill in a joint statement by members of the CHC as “truly a historic day for all Americans” that “showed us that it is possible for Democrats and Republicans to come together to solve one of our nation’s most pressing issues.”

Vela did not contribute to that statement. Instead, he signed on to a separate one two days earlier with border Reps. Henry Cuellar and Beto O’Rourke, both Texas Democrats. (Cuellar, but not O’Rourke, is a member of the CHC.) These congressmen slammed the Senate’s border security compromise, saying, “We will oppose any attempt to condition a pathway to citizenship on the construction of additional fencing along the US-Mexico border.”

Vela’s move could portend a greater split in the CHC and the Latino community, as the immigration debate shifts to the House. It’s “far more than a statement of protest,” says Frank Sharry, executive director of the immigration reform group America’s Voice. “It’s a real challenge to the other members of the Hispanic Caucus.” America’s Voice supports the Senate bill because it offers undocumented immigrants a pathway to citizenship, among a number of other significant reforms, but Sharry calls its border security measures “horrible.”

Vela’s challenge was hailed by the Border Network for Human Rights, one of a few immigration reform groups that rejected the Senate bill outright. “We are very glad that he is championing in the House this fight against militarization,” says Fernando Garcia, the group’s executive director, who was arrested last month protesting the bill outside the Dallas County Democratic Party headquarters. “I have the hope that other members of Congress would follow the example of Filemon.” In a statement, the group adds, “Lawmakers from both parties have been all too willing to sacrifice the rights and lives of people on the border in their rush to pass immigration reform.”

“We’re not hearing enough from the Congressional Hispanic Caucus,” says Arturo Carmona, executive director of Presente.org, which also opposes the Senate bill because of the border security provisions. “We’re working with them. We want to see more leadership from the Congressional Hispanic Caucus, and we want to see a vocal, robust voice out there. We have great hopes that they will be representing a lot of key priorities that Latinos have on the issue of immigration.”

And Sharry hopes that some of the harsher border security measures will be tempered in a way Republicans can support—for example, assigning some of the 20,000 new border patrol agents to support staff rather than law enforcement positions. “The more that the border communities speak up, the more likely there are to be changes,” he says. “I don’t know if [Vela’s resignation] is a game-changer, but it’s a pretty dramatic move.”