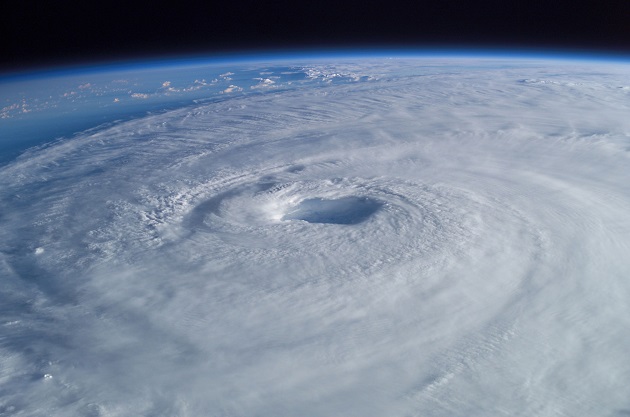 It’s the month of July, right before the Atlantic hurricane season really gets chugging. And there are already signs that a busy year might be on the way, chief among them the unusual early appearance of a “Cape Verde-type” storm. These storms are typically sparked by atmospheric waves traveling all the way from the coast of Africa, and generally don’t appear until later in the hurricane season.

And suddenly, an MIT scientist—who’s arguably the world’s top expert on hurricanes—publishes a bombshell paper in a top scientific journal. His suggestion? That global warming might be making the most destructive storms on Earth even more dangerous.

If you’re feeling a sense of scientific déjà vu right now, that’s understandable. For not only are these events currently unfolding—they also all occurred in July of 2005, just before hurricanes Katrina, Rita, and Wilma devastated Florida and the Gulf Coast. 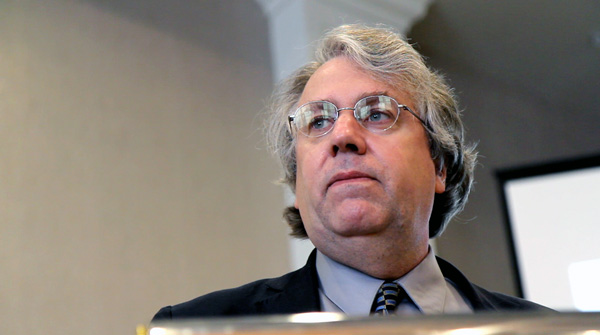 On July 31 of that year, MIT hurricane specialist Kerry Emanuel published a paper in the journal Nature suggesting that hurricanes had gotten much stronger over the past three decades, likely prompted by a rise in sea-surface temperatures that, in turn, is directly tied to global warming. The study upended a prior consensus that any major climate-induced changes to hurricanes would be much further in the future, and ignited a furious scientific debate—one that was only amplified by the intense hurricanes that soon began slamming the U.S. coastline.

And now this year, it looks like history may be repeating itself. Another July has rolled around, with more weird early season storm activity. And sure enough, Emanuel is back with a new paper challenging the consensus on hurricanes and global warming.

Following the explosive 2005 debate, scientists gradually settled on a new conclusion. Storms are likely to be stronger on average in the future and to dump more destructive rainfall, they agreed, but—in a bit of a reprieve—they’re also likely to be less numerous overall. Or as a recent summary of the state of scientific understanding put it, an “increase in intense storm numbers is projected despite a likely decrease (or little change) in the global numbers of all tropical storms.”

While it may sound rather mild, this conclusion could hardly be called good news. The strongest storms—the Katrinas—cause the most damage, so a future with more of them is likely to be a pretty grim one. “I like to emphasize that for societal purposes, the big deal is the increase in the frequency of the high category events,” explains Emanuel. Nonetheless, to the untrained ear the current view sounds like a tradeoff of strength versus numbers, and thus kind of a wash. “I think that was a bad way for us to put it,” says Emanuel of the consensus view.

But Emanuel no longer thinks that consensus is necessarily correct. In his new paper in the Proceedings of the National Academy of Sciences, he uses a procedure known as “downscaling”—combining together global climate models with a much higher resolution hurricane model—to show that hurricanes may be both more numerous and also more intense going forward. The region of the world projected to suffer most is the Northwest Pacific, which features the strongest storms on earth—Pacific super-typhoons that slam Japan, the Philippines, and other nearby nations and islands. But the North Atlantic region won’t be spared in Emanuel’s scenarios.

Why does Emanuel’s new study diverge from past research? One reason may be that it employs six climate models from a suite that are being used in the U.N. Intergovernmental Panel on Climate Change’s forthcoming Fifth Assessment Report. And according to Emanuel, these newer models have a different treatment of so-called sulfate aerosol emissions, which come from the burning of coal and actually tend to reflect sunlight away from the planet and its oceans, producing a net cooling effect.

The newer models project a greater reduction in future aerosol pollution from countries like India and China. And as Emanuel explains, his “hunch” is that the disturbing hurricane response that his study found is a perverse result of this seemingly “good news” aspect of the models’ projections. In other words, if you clean up the air, you can actually worsen global warming and also, perhaps, hurricanes.

The debate over Emanuel’s new results has just begun—but already, the work has been challenged. The divergent findings, says hurricane expert Greg Holland of the National Center for Atmospheric Research, “indicate that care needs to be taken in being too explicit with climate predictions of changes in tropical cyclone frequency at this stage.”

Up until now, the news that the hurricanes of the future will be stronger, and will unleash even stronger tropical downpours, was bad enough. But at least we were supposed to be getting off the hook when it came to storm numbers. Now, says Emanuel, even that minor bit of good news is in question.