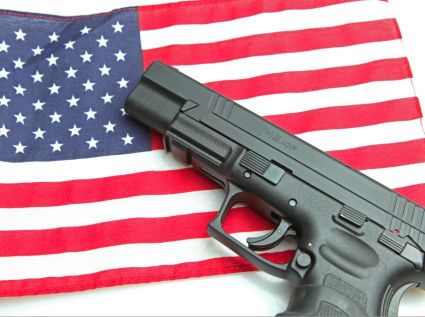 It started with promise. In March, Democratic Gov. John Hickenlooper signed into law a sweeping gun control package that mandated background checks for all private and online gun sales, increased fees for firearm purchases, and banned magazines that contained more than 15 rounds of ammunition. (Existing magazines were grandfathered under the law.) The measures, which received no Republican votes in the historically gun-happy legislature, sent the state’s conservative activists into a frenzy. They quickly prepared a legal challenge with backing from the National Rifle Association—and then they developed a plan to get even. Within days, they’d started gathering signatures to recall four Democratic legislators who had helped push the reforms through, including state Senate president John Morse.

But that was easier said than done. An effort by a group called the San Juan Freedom Defense Committee to recall state Rep. Mike McLachlan, who represents a sprawling district on the New Mexico border, failed when opponents failed to produce the necessary 10,586 signatures. (In Colorado, a recall is triggered when 25 percent of the most recent electorate signs on.) The planned recall campaign against state Sen. Evie Hudak fell apart, too.

All the NRA and its allies have left now are the recalls against Morse—who had already announced he was retiring at the end of the term—and state Sen. Angela Giron.

But the campaign against Morse ran into trouble, too, with rival gun groups feuding over who was best qualified to take him on. Rocky Mountain Gun Owners, the state’s largest anti-gun control network, endorsed Jaxine Bubis, a political novice and natural healer who moonlights as a saleswoman for the multi-level-marketing firm Lifewave. (“I have been in MLM for years and feel like LifeWave is the company I’ve waited for all my life.”) According to its website, the company specializes in anti-aging patches, “theta nutrition” weight loss treatment, and something called Matrix 2, which “provides an easy, affordable way to instantly reduce your exposure to cell phone radiation by up to 98%*!”

Bubis’ MLM work didn’t prove to be a deal-breaker. What got Republicans concerned, though, was her side project—the erotica she wrote under the pseudonym “Jaxine Daniels.” In June, a gun store owner who supports Colorado Springs city councilman Bernie Herpin, Bubis’ Republican rival, blasted out an email to Republican activists uncovering her alias and quoting generously from her 2004 erotica collection, Beantown Heat. (“This summer, the Puritan City is anything but.”) In one story from the volume, which is available on Kindle, the men’s hockey coach at Boston College carries on a steamy—but forbidden—affair with the wife of a former NHL teammate; hockey is a recurring theme.

“I no longer believe that pre-marital sex is heroic,” Bubis explained on her website on Monday, announcing that she would re-release her Military Romances series in “G-Rated formats.” Too late. Over the wishes of the state’s leading gun organization, a hastily convened district nominating convention selected Heprin. After that, Bubis quietly withdrew from the race.

Some of gun rights activists’ wounds have been self-inflicted, though. Basic Freedom Defense Fund, a new 501(c)(4) non-profit group the NRA teamed up with to collect signatures for the recalls, has run into trouble, too. In April, Basic Freedom Defense Fund replaced its spokesman, Nick Andrasik, after the Colorado Springs Independent caught him referring to two female Democratic state Reps. as a “vacuous cunt” and a “stunning cunt,” and a male Democratic Rep. as a “fucking retard” on a message board for AR-15 owners. And on its Facebook page, BFDF trumpets a quote from Morse in which he warns that “People who own guns are essentially a sickness on our soul.” That quote is fabricated. Morse never said anything like that—although he did cite Robert Kennedy* to argue that violence is a “sickness.”

(Not to be outdone, Rocky Mountain Gun Owners depicts New York City mayor and gun control advocate Michael Bloomberg as a literal puppet master who controls Morse like a marionette.)

The biggest hurdle facing gun control opponents, though, is the nature of the recall election itself. Colorado Gov. John Hickenlooper has refused to schedule the election until Democrats’ ongoing legal challenge to the recall petitions has been settled—a delay that could push the election back until after Labor Day, when mostly liberal college students return for classes at Colorado College in Morse’s district, giving him an additional edge. On Tuesday, Scott Gessler, Colorado’s Republican secretary of state, hired an attorney to force the governor to set a date for the recall election. A judge heard Gessler’s case on Wednesday, but has not yet made a decision.

Beyond that, there’s the basic math. Morse has outraised his prospective opponents by a factor of seven; Giron has outraised her opponents by a factor of four. Morse’s district went to Obama by 21 points; Giron’s went to Obama by 19 points. Only one state legislative leader has ever lost a recall election—former Arizona state Sen. Russell Pearce—and that was to a member of his own party. And as the failed recall of Wisconsin GOP Gov. Scott Walker demonstrated, not everyone who disagrees with a politician is willing to cut them off mid-term.

Even for a multi-level marketing guru.

*Correction: The original version of this article stated that Morse quoted Martin Luther King; as a reader pointed out to us, Morse was quoting Robert Kennedy, who was describing MLK Jr.