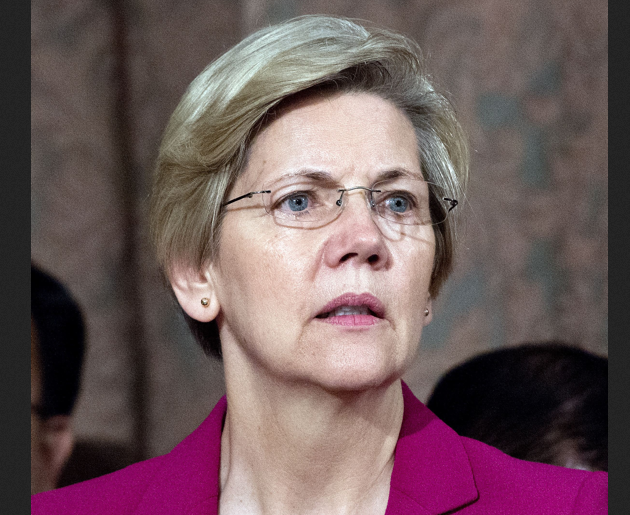 Sen. Elizabeth Warren (D-Mass.) and a bipartisan group of senators introduced a bill Thursday that would break up the nation’s biggest banks, forcing them to split their routine commercial banking operations from their risky trading activities.

The 1933 Glass-Steagall Act, which Congress passed in response to the 1929 financial crash, separated traditional commercial banks—which hold Americans’ checking and savings accounts and are backed by taxpayer money—from investment banks, which make riskier bets. But in 1999, the Gramm-Leach-Bliley Act—which was backed by the Clinton administration—gutted this law. A bonanza of bank mergers ensued, and the size of these new behemoths, such as Citigroup, JP Morgan Chase, and Bank of America, made their downfalls more threatening to the overall US economy. Their too-big-to-fail size justified the government bailouts they received during the last financial crisis. The senators behind this new bill—a group that includes John McCain (R-Ariz.), Maria Cantwell (D-Wash.), and Angus King (I-Maine)—refer to their legislation as the 21st Century Glass-Steagall Act because it would reinstate a firewall between normal banking functions and casino-like finance. By cutting the big banks down to size, the bill would reduce the potential impact of a bank failure on the wider economy and decrease the size of future bailouts.

The senators contend that even as the economy slowly improves, big banks continue their bad behavior. In December, for example, the giant international bank HSBC was fined for illegally allowing millions in Mexican drug trafficking money to be laundered through its accounts. Last year, JPMorgan Chase lost $6 billion on one bad trade. What’s more, the nation’s four biggest banks are now 30 percent larger than they were five years ago.

“Since core provisions of the Glass-Steagall Act were repealed in 1999, shattering the wall dividing commercial banks and investment banks, a culture of dangerous greed and excessive risk-taking has taken root in the banking world,” McCain said in a statement. “Big Wall Street institutions should be free to engage in transactions with significant risk, but not with federally insured deposits.”

There was pressure to resurrect Glass-Steagall after the 2008 financial crisis, but the final 2010 Dodd-Frank financial reform law did not include such a provision. Dodd-Frank aimed to address the too-big-to-fail problem by forcing Wall Street to limit its risk-taking. These senators maintain that’s not sufficient.

This bill, if passed and enacted into law, would not fully remove the the threat of too-big-to-fail. None of the institutions that failed in 2008, such as Lehman Brothers and American International Group, were commercial banks. “But, it would rebuild the wall between commercial and investment banking that was in place for over 60 years,” McCain said, “restore confidence in the system, and reduce risk for the American taxpayer.”