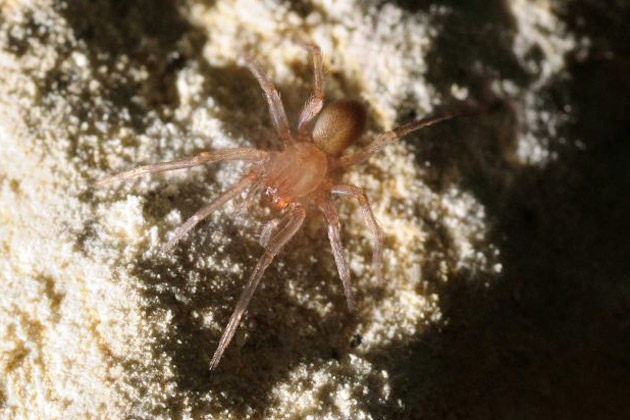 Shortly before Election Day last year, mailers went out to Texas voters featuring pictures of a Democratic congressional candidate and a rare species of spider, whose discovery had forced stoppage of an important highway construction project.

“The same left-wing extremists who support Pete Gallego want more burdensome regulations that put the interests of spiders above our need to create more jobs,” the flier declared, referring to discovery of the endangered Braken Bat Cave meshweaver. “The best way to stop left-wing extremists from killing jobs is to vote against their hand-picked candidate Pete Gallego.”

The group that put out the mailer, A Better America Now, reported to the Federal Election Commission it had spent about $65,000 for the mailer and TV advertising in the hard-fought race to represent Texas’ 23rd district.

But in a tax return recently filed with the IRS, the group claimed it did not spend any money at all on “direct or indirect political campaign activities.”

The tax return is signed under the penalty of perjury by the group’s president, Bob Portrie, and the accounting firm LBA Group. Neither responded to requests for comment.

We first reported on A Better America Now earlier this year, showing it had told the IRS in a 2011 application for nonprofit status that it did not plan to spend any money on elections. (That document was sent to ProPublica last year by the IRS, even though the application was still pending and thus not supposed to be released.)

“This type of inaccurate reporting by electioneering nonprofit groups has a long history,” says Public Citizen’s Craig Holman, when asked about the group’s most recent filing. “It is rooted in the fact that the IRS almost never holds these groups accountable for such false declarations.”

A Better America Now was a bit player in the elections. But it’s also an example of the kind of increasingly common outside groups that inject anonymous money into political campaigns.

Such social welfare nonprofits are not supposed to have political campaign activity as their primary purpose 2014 but the ambiguities around how the IRS measures such activity and how it screens the groups are at the center of the recent investigations of the IRS’s treatment of Tea Party groups.

ProPublica has documented how nonprofits that spent millions of dollars on ads in the 2010 elections failed to report or underreported that political spending to the IRS. The tax form that the groups are required to file with the IRS specifically asks for details on any campaign spending.

One of the curious things about A Better America Now is that, though the group spent money in a congressional and a state legislative race in southwest Texas, it is based a few miles off the beach near Jacksonville, Florida.

The president of A Better America Now, Portrie, is also the head of a consulting firm, the Fenwick Group. The two groups are listed at the same address. Fenwick’s website says it works with “organizations across the healthcare, financial services, insurance, retail and investment sectors.”

Portrie and Fenwick were also linked to ads run by another Florida-based social welfare nonprofit, America is Not Stupid, in last year’s US Senate race in Montana. Ads by America is Not Stupid featured a talking baby complaining about alleged cuts to Medicare by President Obama, and referring to the baby’s stinking diaper.

In 2010, the New York Times reported on links between the Fenwick Group and yet another politically active nonprofit, the Coalition to Protect Seniors. Ads by that group featured the same talking baby ad.

In last year’s race in Texas, which attracted a lot of outside spending on both sides, the Democrat, Gallego, prevailed over Republican incumbent Quico Canseco.