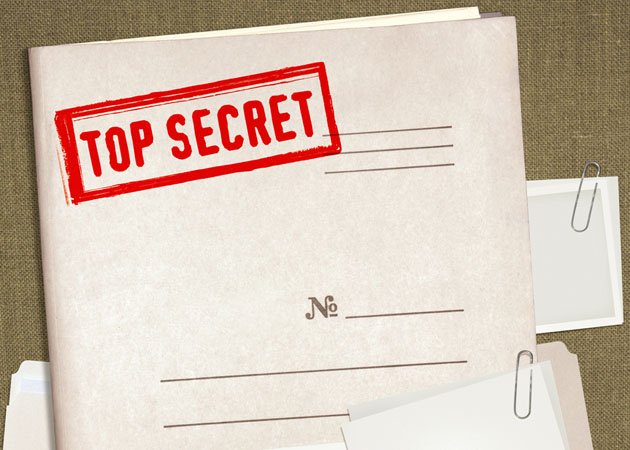 One of the sharpest government secrecy analysts in Washington, DC, is Steven Aftergood, who publishes the indispensable Secrecy News Blog, a daily report on all things related to the dark matter of the US government. So it’s no surprise that Aftergood would have a keen take on the latest National Security Agency leaks and the ensuing controversy. With his permission, I’ve lifted his analysis and presented it below:

SECRET SURVEILLANCE AND THE CRISIS OF LEGITIMACY

In December 1974, when a previous program of secret government surveillance was revealed by Seymour Hersh in the New York Times, the ensuing public uproar led directly to extensive congressional investigations and the creation of new mechanisms of oversight, including intelligence oversight committees in Congress and an intelligence surveillance court.

The public uproar over the latest disclosures of secret domestic surveillance by The Guardian and the Washington Post [are] different [and] cannot produce a precisely analogous result, because the oversight mechanisms intended to correct abuses already exist and indeed had signed off on the surveillance activities. Those programs are “under very strict supervision by all three branches of government,” President Obama said Friday.  In some sense, the system functioned as intended.

Nevertheless, all three branches of government performed badly in this case, by misrepresenting the scope of official surveillance, misgauging public concern, and evading public accountability.

The executive branch has repeatedly issued misleading statements about its surveillance programs.

Sen. Ron Wyden asked DNI James Clapper at a March 12, 2013 hearing, “Does the NSA collect any type of data at all on millions or hundreds of millions of Americans?”

DNI Clapper replied, “No, sir.” He added, “Not wittingly. There are cases where they could, inadvertently perhaps, collect—but not wittingly.”

That was not an accurate statement. Perhaps DNI Clapper misheard the question or misunderstood it, or perhaps he judged that denial was the proper course of action under the circumstances. But he did not correct the record, and the false statement was left standing. There is a price to pay in public credibility for such misrepresentation.

On other occasions, executive branch agencies promised declassification of information that they failed to deliver.

In 2010, the Justice Department and the Office of the Director of National Intelligence undertook to declassify opinions of the Foreign Intelligence Surveillance Court that contained “important rulings of law.”

At her 2011 confirmation hearing to be DoJ National Security Division director, Lisa Monaco [told] Congress that “I will work to ensure that the Department continues to work with the ODNI to make this important body of law as accessible as possible….”

But no new Court opinions were ever declassified as a result of this initiative. “As accessible as possible” turned out to mean “not accessible at all.” (Move to Declassify FISA Court Rulings Yields No Results, Secrecy News, May 29, 2012). Again, official words spoken in public were drained of meaning.

Congressional leaders have repeatedly blocked efforts to provide a modicum of new disclosure and accountability to government surveillance programs.

Some members of the House Judiciary Committee insisted last year that “The public has a right to know, at least in general terms, how often [this surveillance authority] is invoked, what kind of information the government collects using this authority, and how the government limits the impact of these programs on American citizens.”

But when an amendment to require unclassified public reporting on these topics was offered by Rep. Bobby Scott (D-Va.), it was defeated 10-19. For the majority in Congress, the public does not have a right to know these things, not even in general terms. (Congress Resists Efforts to Reduce Secrecy, Secrecy News, August 6, 2012)

Modest amendments to the FISA Amendments Act offered by Senators Wyden, Udall, and Merkley that were intended to increase public reporting and awareness of the scale of surveillance were likewise blocked in the Senate, which renewed the Act without changes. (Intelligence Oversight Steps Back from Public Accountability, Secrecy News, January 2, 2013).  Had these public accountability measures been incorporated into policy, a different future might have unfolded.

Of the three branches, the judicial branch seems least culpable here, since the Foreign Intelligence Surveillance Court, which provides a measure of judicial review of surveillance operations, can only operate within the parameters sought by the executive branch and granted by Congress.

But even here there are concerns about official excess, specifically with respect to the Court order issued by Judge Roger Vinson and disclosed by The Guardian which directed Verizon Business Services to surrender all metadata records of its customers’ telephone calls.

“In our view, the Foreign Intelligence Surveillance Court simply lacks the legal authority to authorize this program of domestic surveillance,” wrote Marc Rotenberg and colleagues at the Electronic Privacy Information Center. They asked Congress to take steps to investigate and clarify the situation.

“The Foreign Intelligence Surveillance Court ordered an American telephone company to disclose to the NSA records of wholly domestic communications. The FISC lacks the legal authority to grant this order,” they argued.

The common thread underlying all of these deviations from political integrity and public consensus is unchecked official secrecy.  Too much essential information on intelligence surveillance policy has been withheld from public access, thereby inhibiting public debate, precluding informed consent, and inspiring growing cynicism.

The appropriate response must include significant new declassification of surveillance policy and a thorough airing of the issues at stake.  Over the weekend, DNI Clapper made some helpful gestures in this direction. But more is needed, beginning with release of the Administration’s legal interpretations of its surveillance authorities. In theory, everyone involved has an interest in restoring the credibility and effectiveness of an intelligence oversight system that has not lived up to public expectations.

“Now that the fact of bulk collection has been declassified, we believe that more information about the scale of the collection, and specifically whether it involves the records of ‘millions of Americans’ should be declassified as well,” said Senators Wyden and Udall on Friday. “The American people must be given the opportunity to evaluate the facts about this program and its broad scope for themselves, so that this debate can begin in earnest.”