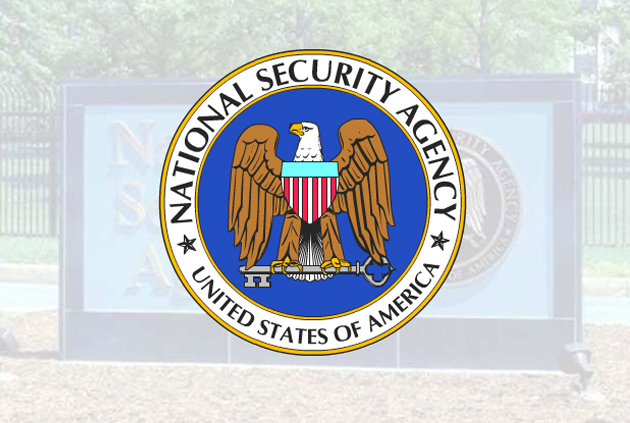 In the wake of revelations from intelligence contractor turned whistleblower Edward Snowden that the National Security Agency has collected massive amounts of phone and internet data on millions of Americans, the NSA posted a fact sheet online about what it was and wasn’t doing. Titled “Section 702,” the fact sheet outlined “Procedures for Targeting Certain Persons Outside the United States Other Than United States Persons” under the Foreign Intelligence Surveillance Act. It was meant to assuage fears that the NSA was breaking the law with its far-reaching PRISM operation.

But on Monday, two US senators called out the NSA for the contents of the fact sheet, saying that the agency was misleading the public about what it was really doing with the program. Then, on Tuesday, the fact sheet mysteriously disappeared from the NSA’s website. (Instead, you can see it here.)

“We were disappointed to see that this fact sheet contains an inaccurate statement about how the section 702 authority has been interpreted by the U.S. government,” Ron Wyden (D-Ore.) and Mark Udall (D-Colo.) wrote in an open letter to NSA’s director, General Keith Alexander. “In our judgment this inaccuracy is significant, as it portrays protections for Americans’ privacy as being significantly stronger than they actually are.”

They didn’t get specific, instead identifying the inaccuracy in a classified attachment to the letter. And they underscored that the NSA is facing a credibility problem. “As you have seen, when the NSA makes inaccurate statements about government surveillance and fails to correct the public record, it can decrease public confidence in the NSA’s openness and its commitment to protecting Americans’ constitutional rights,” they wrote.

The letter also says the NSA is “somewhat misleading” people when it says that any “inadvertently acquired communication of or concerning a US person must be promptly destroyed if it is neither relevant to the authorized purpose nor evidence of a crime.”

As of Tuesday afternoon, the URL for the NSA’s posted fact sheet led to this: 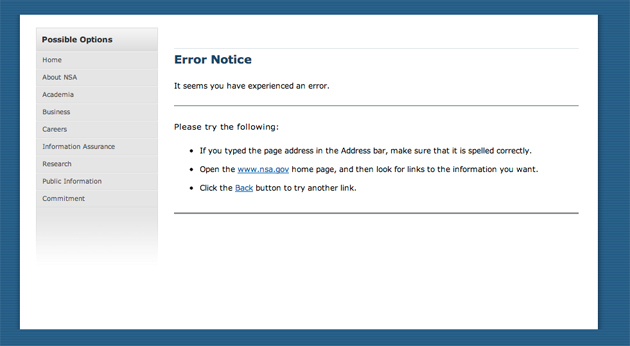 The NSA didn’t reply to questions from Mother Jones about when and why the document was taken off the site, or about the issues brought up by Wyden and Udall. Instead, it emailed this cryptic statement in response:

“Given the intense interest from the media, the public, and Congress, we believe the precision of the source document (the statute) is the best possible representation of applicable authorities,” said NSA spokeswoman Judith Emmel.

UPDATE: The NSA responded to Wyden and Udall Tuesday, saying that “the fact sheet … could have more precisely described the requirements for collection under Section 702 of the FISA Amendments Act” and pointing out several limitations to the law, all beginning with the phrase “may not intentionally” (full letter below). Considering that Wyden and Udall’s basis for saying the NSA had made inaccurate statements in the original fact-sheet is classified, it’s hard to know what the NSA is responding to in the June 25 letter.

Trevor Timm, a digital rights analyst with the Electronic Frontier Foundation, said the senators’ letter points to the fundamental problem with excessive secrecy.

“This is a perfect example of why this secrecy is so bad for the country, that the NSA or [director of national intelligence] or executive branch can issue misleading statements or outright falsehoods and it’s impossible for the American people to fact-check them,” Timm said. “If it wasn’t for Ron Wyden or Mark Udall, the NSA possibly could have kept this up forever.”