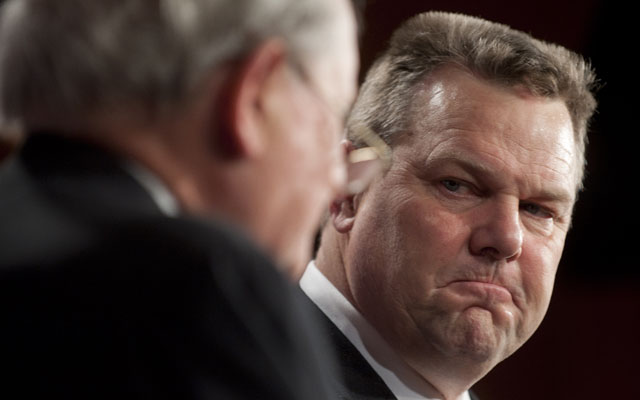 Unlike their counterparts in Congress, state lawmakers around the country are speeding ahead with efforts to reform how campaigns are funded and to address the flow of dark money into elections. Democrats in New York’s legislature want new legislation creating a public financing system for statewide elections. In California, the Democratic-controlled Senate recently passed its own DISCLOSE Act, which would force groups running political ads to name the top three funders of those ads and compel full disclosure of donations masked by pass-throughs or shell companies.

Now comes Montana. On Tuesday, a group of state Republican lawmakers unveiled a new initiative to ban dark money in state political campaigns. The lawmakers and their allies hope to put a dark-money ban initiative on the ballot for the November 2014 elections. A similar piece of legislation, Senate Bill 375, won the backing of Democrats and Republicans in Montana’s Senate last legislative session but later died in the state House.

The Republican backers of the ballot measure effort say they expect plenty of Democratic support. “It may be a Republican group that’s kicking it off, but it is a joint initiative and it will be a bipartisan cause,” state Rep. Roger Hagan (R) told the Great Falls Tribune.

Here’s more from the Tribune:

“Dark money has brought great divisiveness to the election process,” Peterson said. “Locals have no idea who is influencing their politicians and their government officials, so today we’re going to put the power back into the democratic process and let the people answer this question for us.”

The measure is still in the works, and draft ballot language of the proposed measure should be available within 30 days, Peterson said.

For a proposed initiative to qualify for the ballot, it needs to be submitted to the Legislative Services Division. Then, it must pass a legal review by the Montana Attorney General’s Office. If the ballot language is approved, the sponsor must collect signatures from 5 percent of the total number of qualified voters in Montana, including 5 percent of the voters in each of 34 legislative House districts.

Montanans saw a flood of anonymous political spending in 2012, due to the combination of cheap ad rates and a fiercely fought US Senate race pitting incumbent Jon Tester against Republican Denny Rehberg. As ProPublica reported, total spending in the Tester-Rehberg race reached $51 million, twice as much as was spent in Tester’s 2006 race. Of that, roughly $12 million was dark money.