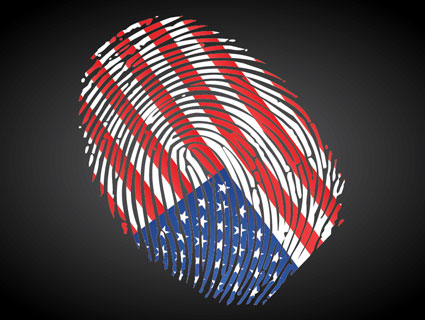 For years, groups like the American Civil Liberties Union and Electronic Frontier Foundation have kept tabs on potential privacy problems arising from immigration reform efforts. Now that a big immigration reform bill has made it out of committee and reached the Senate floor, privacy advocates are focused on three big concerns.

(1) Drone surveillance: US Customs and Border Protection (CBP) already uses Predator drones to patrol parts of the northern and southern borders, but the Senate immigration bill calls for surveillance “24 hours per day and for 7 days per week,” in the southwest and southern border regions. The bill would also fund additional border enforcement and surveillance, including more drones, to the tune of $4.5 billion.

A federal statute from the 1950s allows border patrol agents to stop and search people at checkpoints located in the US up to 100 miles from any international border; the Senate immigration bill would allow the surveillance drones to fly over the same areas in most states. But by law, border agents can only enter private lands within 25 miles of the border without a warrant to track down immigrants who have unlawfully crossed the border.

Although the Senate immigration bill would require border drones to be unarmed, they would still possess the same high-tech surveillance capabilities designed for Predator drones used by the US military in Afghanistan. That, privacy advocates say, blurs the line that limits border patrol surveillance of private lands to 25 miles within the border. Beyond that, drone use raises the question of what other data the feds are sweeping up in the process of watching the border. In a recent New York Times Magazine story, a reporter witnesses an Air Force training exercise where drones track civilian vehicles on the highway. Regulations prevent the Air Force from targeting specific people, but it’s okay for it to hand data collected “incidentally” in the course of a separate operation, such as training or observing illegal activity, to federal agencies. That same logic could apply to border surveillance, which could conceivably give the feds wide latitude on data collection because of the Mexican drug war.

In short, the bill “offers little protections or guidance on [drones’] use and on the grave privacy implications they create,” explains Mark Jaycox, an EFF policy analyst.

(2) Mandatory use of E-Verify: The Senate immigration bill would require all employers, within the next four years, to enter potential hires’ names, Social Security numbers, and other identification like driver’s licenses into a federal online system called E-Verify to confirm that they can legally work in the United States. Right now, the system is mostly voluntary, but the mandate would apply to all employees regardless of their immigration status, meaning that the Department of Homeland Security (DHS) would log a lot of private citizens’ information. Another concern: The system makes occasional mistakes. According to a 2012 study by the US Citizenship and Immigration Services (CIS), about 0.3 percent of E-Verify checks were reversed after appeals and another 1 percent of rejected job applicants never appealed at all (PDF). “We’ve seen time and time again that these databases have a tremendous amount of faults with them, don’t have narrowly tailored use restrictions, and are ripe for abuse,” Jaycox says.

But as Frank Sharry, executive director of the immigration reform group America’s Voice, explained to the Washington Post in April, the final bill will almost inevitably include an expansion of E-Verify. “It’s the essential trade-off: legalization and a path to citizenship, for employer verification,” he said. “That is really the heart of every comprehensive immigration reform package ever put together.”

(3) Information sharing between states and the federal government: Pointing to a section of the bill that mandates a CIS “photo tool” database to enhance E-Verify checks (PDF), Wired last month ominously warned that it “would create a national biometric database of virtually every adult in the US” through the collection of state-issued photo IDs. (Biometrics, measurements of physical characteristics like photographs, fingerprints, or iris scans, are used to check against database entries to verify a person’s identity—fingerprints are a biometric commonly used to track immigrants entering the country.) A Senate aide contacted by the Daily Beast disputed Wired‘s report, arguing that the a Supreme Court ruling called Printz v. US would prohibit the federal government from forcing state officials to turn over driver’s license images for the CIS database. Even so, the feds already have passport photos, and states could voluntarily hand over additional information.

Privacy advocates argue that the “photo tool” language in the bill is a renewed push for a national ID system, which they say would give the federal government troubling surveillance powers. They see the bill as a spin on 2005’s Real ID Act, a law that requires the eventual establishment of federal standards for state driver’s licenses. The Senate immigration bill rules out national ID cards, but Jaycox and other privacy advocates point to past examples, such as Sen. Chuck Schumer’s attempt in 2009 to add a biometric indicator like fingerprints to the E-Verify system, to argue that adding a federal photo database to E-Verify could effectively create a national ID card—just without the card.

Now, an important question: Do lawmakers care about any of this?

Expanding E-Verify, biometrics tracking, and drone surveillance all have bipartisan support in the Senate. But lawmakers have shown some concern on certain privacy issues. In California, drones will only be able to operate within three miles of the border with Mexico—a compromise adopted by the Senate Judiciary Committee after Sen. Dianne Feinstein’s (D-Calif.) proposal to keep drones within 25 miles of the entire border failed. Sen. Al Franken (D-Minn.) introduced two successful amendments to the bill in committee, one to audit the E-Verify system each year to determine its accuracy and the other requiring DHS to create a new office to help small businesses resolve problems with the system. And Sen. Rand Paul (R-Ky.), who infamously staged a 13-hour drone filibuster in March, said he may vote for the final bill but plans to introduce an amendment that offers further assurance that there will be no national ID cards.

Chris Calabrese, who tracks privacy-related legislation for the ACLU, has many of the same concerns as the EFF’s Jaycox. He’s hopeful, however, that a comprehensive reform bill that both resolves some privacy concerns and maintains a pathway to citizenship for undocumented immigrations can pass with enough votes in the Senate to make it appealing to the House, where Republican hardliners will make it a tougher sell.

But to address the issues that have privacy advocates concerned, senators will have to introduce amendments to the immigration bill on the Senate floor. And for now, “it’s not clear…who may be willing to do what,” Calabrese says.