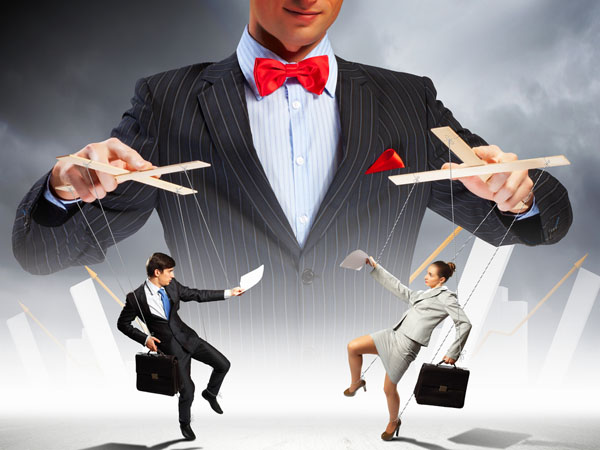 In a little-known case called American Express v. Italian Colors Restaurant, the Supreme Court today issued yet another decision making it easier for big corporations to use their market power to screw over consumers and small businesses. Thursday’s 5-3 decision affirmed the right of big corporations to use mandatory arbitration clauses in contracts to force small businesses to challenge monopolistic practices in private arbitration rather than through class actions in court. The case shows once again that the conservative majority, led by Chief Justice John Roberts, has no problem with judicial activism when it comes to bolstering corporate power.

Here’s the background on this decision:

The case, Italian Colors v. American Express,was brought by a California Italian restaurant and a group of other small businesses that tried to sue the credit card behemoth for antitrust violations. They allege Amex used its monopoly power to force them to accept its bank-issued knock-off credit cards as a condition of taking regular, more elite American Express cards—and then charging them 30 percent higher fees for the privilege.

The small businesses’ claims were pretty small individually, not more than around $5,000 per shop. So, to make their case worth enough for a lawyer to take it, they banded together to file a class action on behalf of all small businesses affected by the practice. In response, Amex invoked the small print in its contract with them: a clause that not only banned the companies from suing individually but also prevented them from bringing a class action. Instead, Amex insisted the contract required each little businesses to submit to the decision of a private arbitrator paid by Amex, and individually press their claims. (Arbitration is heavily stacked in favor of the big companies, as you can read more about here and here.)

The restaurants estimated, with good evidence, that because of the market research required to press an antitrust case, arbitration would cost each of them almost $1 million to collect a possible maximum of $38,000, making it impossible to bring their claims at all. After a lot of litigation, the little guys prevailed in the 2nd Circuit Court of Appeals, which found that the arbitration clause was unconscionable because it prevented the plaintiffs from having their claims heard in any forum. The court said the arbitration contract should be invalidated and that the class action should go forward in a regular courtroom. (Sonia Sotomayor sat on one of the appeals before heading to the high court and is recusing herself from the case as a result.)

The 2nd Circuit repeatedly voted in favor of the merchants. It heard the case at least three times, including once after the high court reversed its original decision in favor of the restaurants, and it seemed fairly united in its belief that the Amex contract was unenforceable. But the Roberts Court has been no friend of small businesses or consumers, particularly those seeking to bring class actions against big companies. The court’s conservative majority has made class action litigation much harder to bring, mostly notably in 2011 when it struck down a huge sex discrimination case brought by 1.5 million women working at Walmart.

That’s one reason public interest lawyers have sounded the alarm about the Amex case for a year, noting that, given the court’s current makeup, the case had potentially awful implications for anyone ripped off while using a credit card or cellphone and for small businesses trying to fend off corporate monopolies.

In an amicus brief submitted in this case on the side of the small businesses, lawyers for AARP, Public Justice, and the American Association for Justice warned that if the court sided with Amex, “statutes intended by Congress to protect weaker parties against stronger parties will essentially be gutted. Small businesses might as well move to a different country where they no longer enjoy the protection of the antitrust laws. At the whim of an employer, workers could be required to prospectively waive their Title VII [anti-discrimination] rights. Consumer protection laws such as the Truth in Lending Act could be silently, but inescapably, repealed by corporations with the stroke of a pen.”

Indeed, if the court ruled that Amex could use an arbitration clause in a contract with a much less powerful party to escape punishment under the Sherman Antitrust Act, there’s no reason why a big company couldn’t create contracts that prevent people from filing sex discrimination, consumer fraud, or other similar claims in any venue. Laws that Congress passed to protect the public could simply be voided through artfully written arbitration clauses that create expensive hurdles to pressing a claim.

Justice Antonin Scalia, who wrote the majority opinion in the Amex case, seems to believe that this isn’t a problem. He said that the law doesn’t entitle every potential plaintiff a cheap route into court, noting that litigation outside arbitration is expensive, too, a fact that can keep people from exercising their legal rights. His argument boils down to this: The Federal Arbitration Act, a 1925 maritime law that the court has broadened to cover just about everything, trumps every other law on the books. So if a big company breaks the law and screws you, but you signed a contract with an arbitration clause giving away your right to sue or bring class action, you don’t have a case, even if federal law says you do.

In a concurring opinion, Justice Clarence Thomas invoked the fiction that the contract Italian Colors signed agreeing to arbitrate its claims individually with Amex was voluntary. But anyone who’s ever tried to open a bank account knows it’s virtually impossible to engage in commerce these days without being forced to sign a contract in which you forego your right to sue the company if it rips you off.

Justice Elena Kagan gets this point. In her biting dissent aimed squarely at Scalia, she called the majority opinion a “betrayal of our precedents and of federal statutes like antitrust laws.” She observed that the court would never uphold an arbitration agreement that explicitly banned merchants from bringing an antitrust claim, yet that’s effectively what the Amex contract does by compelling merchants to give up the option of class actions in court. She noted that by ignoring several precedents, the majority is providing companies “every incentive to draft their agreements to extract backdoor waivers of statutory rights.” That is, they will use contracts to immunize themselves from laws they don’t like.

Kagan was blunt: “If the arbitration clause is enforceable, Amex has insulated itself from antitrust liability—even if it has in fact violated the law. The monopolist gets to use its monopoly power to insist on a contract effectively depriving its victims of all legal recourse. And here is the nutshell version of today’s opinion, admirably flaunted rather than camouflaged: Too darn bad.”