There was lots of economic data released Tuesday. We’ll start with the good news:

The 2008 bailout has largely been repaid: The US government has recovered most of the bailout funds it disbursed to financial institutions and auto companies under the Troubled Asset Relief Program (TARP) launched in 2008. The Treasury department has just unveiled a new interactive that tracks those funds so you can see for yourself.

The Treasury has recovered all of the $68 billion it disbursed since 2008 to AIG (the giant insurance corporation that insured a bunch of top-rated mortgage-backed securities that turned out to be junk): 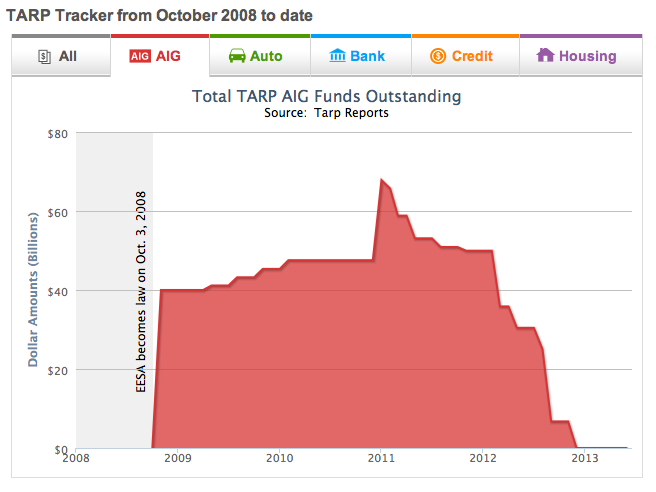 The government has regained almost all of the $245 billion injected into banks since 2008: 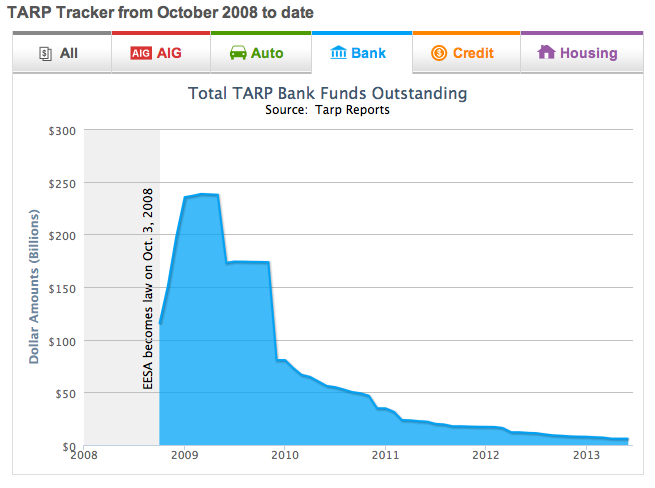 And taxpayers have gotten back 62 percent of the $80 billion in bailout funds distributed to GM and Chrysler: 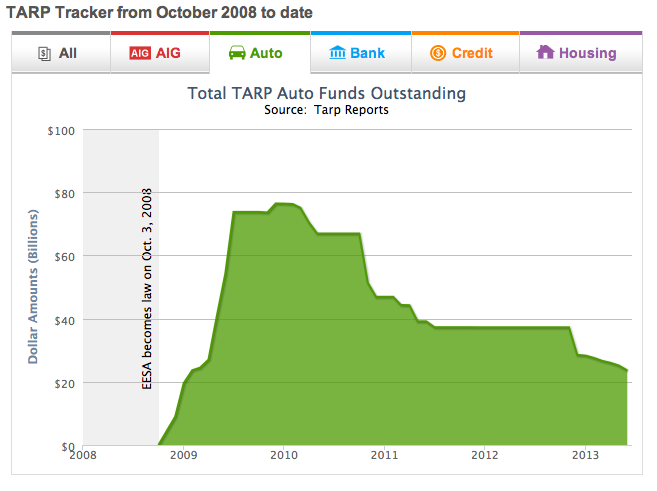 Consumer confidence is up: Despite the fact that Wall Street is freaked out about the Federal Reserve lightening up on its stimulus efforts, consumer confidence—the measure that gives investors a sense of how freely Americans will spend in coming months—rose for the third month in a row, far beyond what was forecasted. Economists have credited much of the increase to rising house prices; new numbers released Tuesday showed that April home prices were up 12 percent over last year.

But not everyone gets to be part of the recovery:  Even though unemployment ticked downwards last month, the Wall Street Journal reported Tuesday that “there are signs the job market is splitting into two” as the long-term jobless are being left in the dust:

Close to 25% of the short-term unemployed—those out of work for six months or less—find jobs each month, a figure that has shown steady improvement since the recession, though it remains below its long-term average of 30%.

The nation’s 4.4 million long-term unemployed haven’t seen similar gains. Only about 10% of them find jobs each month, a number that has hardly budged in the past two years. In a recent experiment, economist Rand Ghayad sent out mock résumés for about 600 job openings; those that showed six months or more of unemployment generated far lower response rates from employers, regardless of the other skills or experience.

And a final downer: the current share of the population that is employed is still far below what it was at the before the recession.