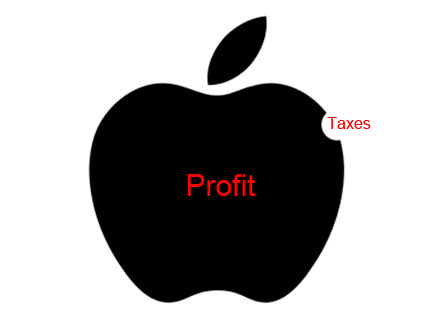 “I’ve never seen anything like this and we don’t know anybody who has ever seen anything like this,” Sen. Carl Levin (D-Mich.) said yesterday of Apple’s baroque tax avoidance strategies. But Apple CEO Tim Cook, who will testify before the Senate Subcommittee on Investigations today, is  aggressively spinning what Levin called “gimmickry” as patriotic, commonsensical, and no big deal. Here are the most remarkable talking points from his pre-released Senate testimony:

1. Apple’s taxes are straightforward.
Spin: “Apple does not use tax gimmicks.”
Reality: Yet somehow, according to an analysis by Citizens for Tax Justice, Apple has paid almost no income taxes to any country on its $102 billion in offshore holdings. Between 2009 and 2012, Apple avoided paying US taxes on some $74 billion in income, an amount equal to the entire budget of Florida.

2. Paying American salaries through a subsidiary based in Ireland saves American jobs.
Spin: Apple and its Irish subsidiaries are engaged in a “cost sharing agreement” whereby the subsidiaries “partially fund R&D costs incurred by Apple Inc.” The agreements “play an important role in encouraging companies like Apple to keep R&D efforts in the US.”
Reality: This is how Apple brings back money from overseas without having to pay federal taxes on it.

3. Apple is awesome because it runs huge data centers right here in the United States.
Spin: “In 2010, Apple built one of the country’s largest data centers in North Carolina, and it is in the process of constructing two additional data centers in Oregon and Nevada.”
Reality: Apple only agreed to build the North Carolina data center after getting a $46 million state tax break, its local property taxes halved, and  local taxes on its assets slashed by 85 percent—all for creating 50 jobs. To build its data center in deficit-plagued Nevada, it extracted an $88 million state tax break, the largest in state history. And Apple chose to build a data center in Prineville, Oregon, because Oregon has no sales tax and Prineville is in a “rural enterprise zone” that offers a 15-year property tax exemption.

4. “Apple supports comprehensive corporate tax reform.”
Spin: “Apple recognizes that these and other improvements in the US corporate tax system may increase the company’s taxes.”
Reality: Cook wants to reduce the tax that corporations pay when they repatriate profits, which could save Apple a lot of money considering that 61 percent of its profits are earned overseas. But lowering the repatriation tax probably wouldn’t benefit most Americans. After Congress enacted a one-time repatriation holiday in 2004, a study by the National Bureau of Economic Research found that 92 percent of the repatriated cash was used to pay for dividends, share buybacks, or executive bonuses.