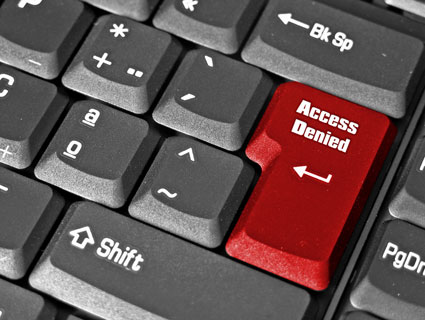 On Monday, the Supreme Court unanimously ruled that states have no constitutional obligation to honor public records requests from non-residents. Journalists, who frequently rely on freedom of information laws to expose corruption and break open stories, fear that the decision may make it harder for them to access public records.

MuckRock, a website that files public records requests on behalf of activists, journalists, and private citizens for a small fee and posts the resulting records online, has a solution. The website has been helping out-of-staters seeking public records in Virginia and seven other states with similar laws—Alabama, Arkansas, Delaware, Montana, New Hampshire, New Jersey, and Tennessee—by pairing them with locals willing to co-file the requests. After Monday’s decision, MuckRock began offering free website subscriptions to citizens of those states to help keep that information flowing.

MuckRock cofounder Michael Morisy, who also works for the Boston Globe, says he “fully expect[s] more states to at least look into adding these laws as they look for ways to cut down on costs for complying with public records requests and generally decrease the amount of people accessing this tool.”

That more states might move to block out-of-staters from filing open-records requests was apparent long before the Supreme Court’s decision, Morisy says. In the decades since federal and state Freedom of Information Act, or FOIA, laws were first passed in the 1960s, states have added numerous exemptions limiting who can request information and narrowing the types of information that can be disclosed. But the court’s decision, he adds, is a “major step back.”

The case in question, McBurney v. Young, centered on two men, the first a former resident seeking state records about his child support, the second a California resident seeking Virginia real estate records for a client. The plaintiffs in the McBurney case argued that Virginia’s law violated the Constitution’s Privileges and Immunities Clause, which prohibits a state from discriminating against citizens living in other states, and the Commerce Clause, which grants the federal government the power to regulate interstate markets.

The Supreme Court rejected those arguments. Delivering the court’s opinion, Justice Samuel Alito wrote: “Virginia’s [FOIA] exists to provide a mechanism for Virginia citizens to obtain an accounting from their public officials; noncitizens have no comparable need. Moreover, the distinction between citizens and noncitizens recognizes that citizens alone foot the bill for the fixed costs underlying recordkeeping in the Commonwealth. Any effect the Act has of preventing citizens of other States from making a profit by trading on information contained in state records is incidental” (PDF). Virginia Attorney General Ken Cuccinelli agreed with the decision in a statement calling out-of-state records requests a “financial burden on Virginia taxpayers.”

Journalists saw it differently. The Reporters Committee for Freedom of the Press (RCFP) joined 53 other media organizations including MuckRock, the Associated Press, National Public Radio, New York Times, and Washington Post to file a friend-of-the-court brief in support of the plaintiffs (PDF). “By largely limiting public record access in Virginia to commonwealth citizens, [the law] inhibits the media from acquiring newsworthy records and stymies efforts to provide state-by-state comparisons on important topics such as public education, healthcare, and law enforcement activities,” the media organizations argued in their brief.

MuckRock’s own work bears out the argument that state-by-state comparisons are valuable. As part of its reporting on drones in collaboration with the Electronic Frontier Foundation, the website sent FOIA requests to law enforcement agencies across the country. The San Diego County Sheriff’s Department responded by claiming it had no drone-related documents. Documents the groups obtained from the Seattle Police Department, however, included a drone sales quote that had originally been prepared for the San Diego County Sheriff’s Department. Had Washington’s public records law barred non-residents from requesting information, San Diego may have been able to keep its interest in drones in the dark.

In their brief, the media groups also argued the Virginia law has “outdated language” that fails to address current trends in journalism. For instance, the law includes an exemption for foreign newspapers writing about Virginia but not online news organizations read by residents of Virginia. “These laws are hard to justify and most states have abandoned citizens-only policies because they are out of step with the modern information economy,” Deepak Gupta, an attorney for the plaintiffs, told RCFP after the decision.

“I think [MuckRock is] going to be fine. We have a very passionate user base that’s very interested in finding creative solutions to this,” Morisy says. “My main concern is what effect this ruling is going to have in terms of public access more generally. I’ve talked to so many state and local requesters who’ve already been frustrated by how non-responsive government agencies are, and I think this is going to make it worse.”