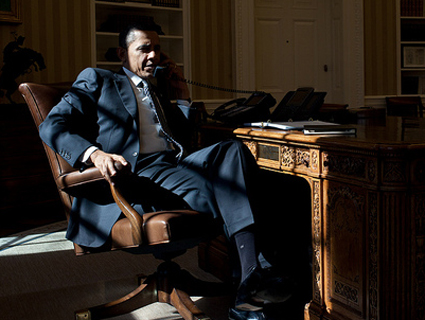 After nearly two years of (officially) keeping quiet about what the whole world already knew, the Obama administration on Wednesday formally acknowledged that the United States government had indeed killed four American citizens in drone strikes in Pakistan and Yemen. This had been fairly common knowledge ever since the strikes occurred in 2011, but the White House, CIA, and other involved parties have maintained (but not really) an official policy of not acknowledging that a targeted killing program exists.

Attorney General Eric Holder confirmed that the administration had signed off on a drone strike that killed, without due process, the Al Qaeda-linked cleric Anwar al-Awlaki in Yemen in September 2011 in a letter sent to congressional leaders on Wednesday, which was obtained by New York Times reporter Charlie Savage. The letter also acknowledged the killing of Samir Khan (killed in the same drone operation), Awlaki’s teenage son Abdulrahman al-Awlaki (killed in Yemen later that month), and Jude Mohammed (killed in Pakistan in November 2011). However, all except Anwar al-Awlaki were “not specifically targeted by the United States,” according to Holder’s letter.

The letter was released the day before President Obama is scheduled to deliver a big speech on national security at the National Defense University in Washington, DC. He is expected to touch on his administration’s controversial ramped-up use of drone warfare and the status of the detention facility at Guantanamo Bay, Cuba.

The last time Obama publicly discussed US drone strikes and his administration’s targeted killing program was in a Google+ “Fireside Hangout” on February 14:

But what I think is absolutely true is that it is not sufficient for citizens to just take my word for it that we are doing the right thing. I am the head of the executive branch. And what we’ve done so far is to try to work with Congress on oversight issues. But part of what I am going to have to work with Congress on is to make sure that whatever it is we’re providing Congress, that we have mechanisms to also make sure that the public understands what’s going on, what the constraints are, what the legal parameters are. And that is something that I take very seriously. I am not someone who believes that the president has the authority to do whatever he wants, or whatever she wants, whenever they want, just under the guise of counter-terrorism. There have to be legal checks and balances on it.