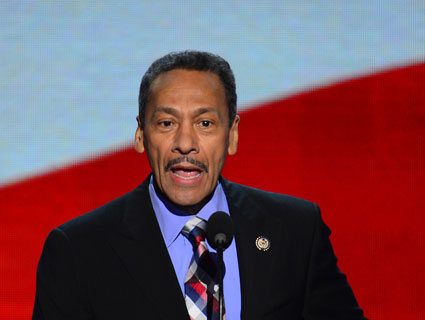 The National Community Reinvestment Coalition (NCRC), a group that promotes access to affordable housing, says the move means that the agency will finally be freed to assist struggling borrowers. For over a year, the current acting director of the FHFA, Ed DeMarco, has blocked efforts to allow borrowers to reduce their mortgage balances. Prominent economists say principal reduction is the single most important thing the administration could do to revive housing, and even though the Obama administration only recently began to heed this advice, DeMarco wasn’t into it. He claimed that reducing Americans’ mortgage debts would encourage people to fall behind on their mortgages. And he said a write-down program wasn’t worth the cost, even though, according to his own agency, loan balance reduction could help up to half a million borrowers and save taxpayers some $1 billion.

All that would likely change if Watt gets confirmed. The congressman, who sits on the powerful House Financial Services Committee, is known for promoting lending to low-income and minority borrowers. As John Taylor, president and CEO of NCRC, told Mother Jones, “He has a real commitment to ensure that working class people have access to mortgage products… I think he will jump-start that process.” Taylor adds that this could in turn give the sluggish housing rebound a bump. “Fannie and Freddie have been in shut-down mode when comes to working-class borrowers… DeMarco ignored the foreclosure crisis and the roll Fannie and Freddie could play in trying to prevent more foreclosures, which is critical to the housing recovery,” he says.

Taylor thinks that despite Watt’s progressive creds, he has a good chance of being confirmed. “I think he’s built up a lot of good will as somebody who has demonstrated the ability to cross the aisle and not personalize disagreements with members of the other party. He has a genuine possibility of going forward.” Plus, banks like Watt. Insurers and financial firms are some of his biggest donors.

Still, as Annie Lowrey and Peter Eavis write in the New York Times, “Watt’s nomination will most likely inflame long-running political battles over how much the government should do to make mortgages available and support homeowners.” And Taylor cautions, “It may not have to do with him. It may just have to do with Republicans not wanting to support the president in any way.” If Watt does fail to win Senate confirmation, the White House has a secret weapon: it could give Watt the job as a temporary recess appointment.