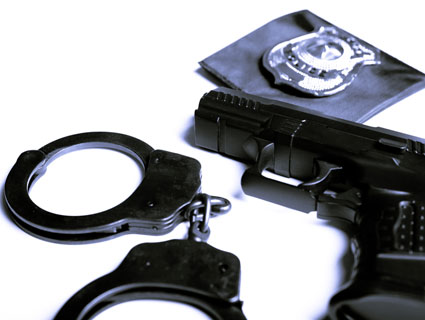 “It’s one of those tricky areas, because in some ways [the bill] works as prior restraint, but in others, if they make it a law that penalizes you for publishing [the information], you’re being penalized after the fact,” says Gregg Leslie, legal defense director at the Reporters Committee for Freedom of the Press. “So it’s not actually keeping you from publishing it.” But, he adds, the state “would have to show a compelling interest” to apply a content-based restriction on free speech, and that test “is rarely met.”

The Louisiana law is more extreme than other bills that aim to protect the privacy of concealed-carry permit holders. The National Rifle Association and pro-gun lawmakers around the country have pushed hard for state laws forbidding the release of concealed-carry information since last December, when the Lower Hudson Journal News, a local New York paper, published interactive Google maps that pinpointed handgun permit holders’ names and addresses in two New York counties. But Louisiana already had a law banning the state from releasing concealed-carry information, so state Rep. Jeff Thompson decided his proposal needed to go even further by banning reporters from publishing the data.

“I find it very ironic that the very people who screamed the loudest about attempts to limit their Second Amendment rights are here eager to limit my First Amendment rights,” Carl Redman, the executive editor of the Baton Rouge Advocate, told a Louisiana Senate committee in a hearing earlier this month. At the same hearing, Mitchell warned that the bill might also silence would-be whistleblowers within the government who spot problems with the issuance of permits.

“We’ve brought up those points, and the gun lobby is so strong that the basic response was, ‘We don’t care,'” Mitchell says. “It’s troubling because of the precedent it sets.” (The bill originally called for a fine of up to $5,000 and imprisonment “with or without hard labor, for not more than two years, or both.”)

Publishing maps with permit holders’ names and home addresses as the Journal News did is arguably of limited news value. Some gun owners argued that the publication of addresses posed a public safety hazard by revealing households without guns (although the data only covered handguns and not rifles or shotguns), and the Journal News eventually bowed to that pressure, replacing the interactive maps with static images that don’t reveal individual names or addresses. But criticizing the paper’s handling of the permit information is a far cry from an outright ban on its publication, which could prevent the public from learning about permits’ relation to crime rates, the mishandling of permit issuance, or any number of other valid news stories.

Jindal’s press office did not immediately respond to a question asking whether the governor planned to sign the bill. But, Mitchell predicts, “given the constituency that he’s been courting, I would think it would seem likely.”

Correction: This story previously stated that the bill was headed to Gov. Bobby Jindal’s desk. Because the state House, which passed a different version of the bill, rejected the amended Senate version, it now awaits conference committee approval.