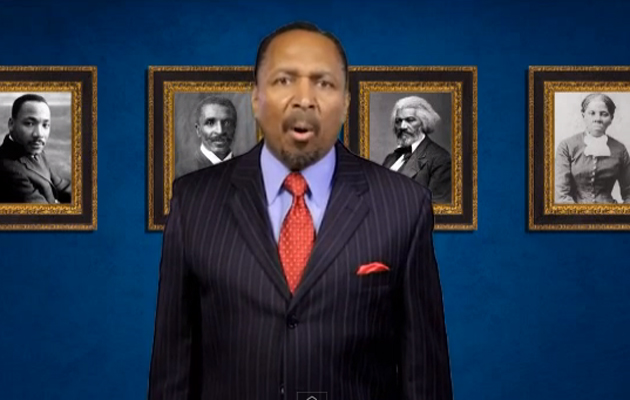 After dropping the last two presidential elections and the last three US Senate races, Virginia Republicans had good reason for optimism heading into this fall’s elections: Terry McAuliffe, the former Democratic National Committee chair who bragged about nearly missing his child’s birth so he could party with a gossip columnist, is at the top of the Democratic ticket. Things should be looking up for the Virginia GOP. Instead, the party’s activists have resisted calls for moderation and swerved hard to the right quicker than you can say transvaginal ultrasound.

The immediate cause is obvious. Virginia Republicans don’t select their executive ticket via primary. Instead, they chose their slate last Saturday at a one-day nominating convention packed with grassroots activists. Jackson, a Baptist preacher who finished in the low single digits in last year’s US Senate primary, was able to win on the first ballot by virtue of well-received speech typified by lines like, “I am not an African American, I am an American!”

“Conventions are not representative of the party,” says Tom Davis, a former Republican congressman from Northern Virginia, referring to Jackson’s nomination. “When you get a convention, this is what you get.”

What Virginia got, specifically, was this: Jackson previously warned that President Obama is either an atheist or a Muslim, but definitely an “evil presence.” He compared Planned Parenthood to the KKK. He alleged that the Obamas are communist sympathizers. He said that gays are turning their backs on black women, “sexualizing children,” and just generally a “poison” to society. He said that a vote for him is a vote for God. He wants Don’t Ask, Don’t Tell to be reinstated. He said that the Democratic party’s agenda is “worthy of the Antichrist.” He also filmed a video in which he smashes watermelons (representing Obama’s policies) with an American-flag ax.

Next to Jackson, Obenshain is comparatively conventional. He walked out of the Virginia Senate chamber rather than vote to confirm an openly gay judge. In January. Of 2013. He opposes a nondiscrimination policy against LGBT employees. In his own office. That’s to say nothing of his now-notorious 2009 attempt to criminalize unreported miscarriages, a policy his spokesman conceded “was far too broad, and would have had ramifications that neither he nor the Commonwealth’s attorney’s office ever intended.” Now he wants to be the state’s highest-ranking attorney.

Almost immediately after Saturday convention, reporters began speculating whether the nomination of Jackson and, to a lesser extent, Obenshain, might be be bad for Cuccinelli. But from a policy perspective, Cuccinelli doesn’t differ very sharply from either of the two—which helps to explain why he had no problem touring the state by airplane with both Obenshain and Jackson on Sunday, and reiterating his support for the beleaguered lieutenant general nominee on Tuesday.

Cuccinelli has attempted to block private companies from providing health insurance to gay couples. He thinks same-sex marriage is a serious problem that should be statutorily prohibited. He repeatedly defended the state’s now-defunct ban on oral sex. And he’s compared—over and over and over again—the fight against reproductive rights to the fight against slavery. Up until this week, Cuccinelli’s office even maintained that he was immune from public records laws. (The same can’t be said for climate scientists at the University of Virginia, whom he has has used his office to target on the basis that climate change is a hoax perpetrated by university researchers in an attempt to defraud the public.)

This wouldn’t be the first time a Virginia GOP slate is undermined by its own nominating convention. The best previous examples came in the early 1990s, when Senate nominee Oliver North and lieutenant governor nominee Michael Farris flopped at the polls in consecutive years despite otherwise strong performances by the party. Both North, a key player in Iran–Contra, and Farris, a home-schooling activist, were disavowed by then-GOP Sen. John Warner.

But there have been no public disavowals of the slate this year—at least not yet. I reached out to the offices of Virginia’s eight (male) GOP congressmen to see if they were supporting Jackson’s candidacy. Only one responded—Rep. Frank Wolf, whose spokesman confirmed that he endorsed the entire ticket.

Davis is voting for Jackson anyway, for a simple reason: “It’s control of the state Senate. The lieutenant governor doesn’t vote on anything. I certainly don’t agree with his comments, but I don’t agree with some of Cuccinelli’s comments either…And frankly just to tell you, what E.W. was saying isn’t much different from what most of the others were saying.”

“This is where the party is gonna go,” Davis said. “I would marginalize myself in the future if I come out here and don’t support the ticket. So we support it. I mean, how active I’m gonna be remains to be seen.”