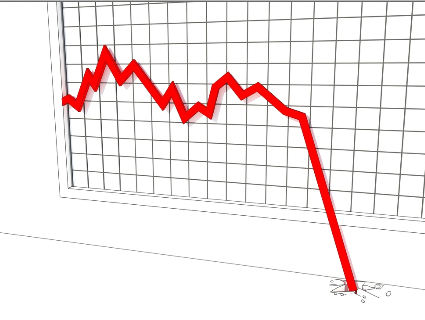 On Tuesday, three bills that would gut the 2010 Dodd-Frank Wall Street reform bill passed the House Financial Services Committee (HFSC) in decisive fashion, with just six members of the 61-member committee voting against all of them.

The three bills passed over serious objections from the Obama administration. On Monday, Treasury Secretary Jack Lew wrote a letter to Rep. Jeb Hensarling (R-Texas), the chairman of the committee, urging “members to oppose these bills and others like [them] that would weaken the important regulatory changes that Wall Street Reform has made to the derivatives market.” A year ago, former Treasury Secretary Timothy Geithner made a similar statement against a slate of nearly identical bills.

Financial reform advocates say that the three bills would do serious damage to parts of Dodd-Frank that deal with derivatives, which are financial products with values based on underlying numbers, like crop prices or interest rates.

Only six of the 28 Democrats on the committee voted against all three of the bills—Reps. Maxine Waters (D-Calif.), the senior Democratic member of the committee; Nydia Velázquez (D-N.Y.); Mike Capuano (D-Mass.); Stephen Lynch (D-Mass.); Al Green (D-Tex.); and Keith Ellison (D-Minn.). Another six Democrats voted against some of the bills. Sixteen Dems voted in favor of all three bills. Thirty-one of the 33 Republicans on the committee voted for all the bills; Reps. Steve Pearce (R-N.M.) and Lynn Westmoreland (R-Ga.) abstained on two of the bills.

House Financial Services Committee members received some $14.8 million in contributions from the financial services and banking sectors during the last election cycle.

One of the offending bills would allow certain derivatives that are traded within a corporation to be exempt from almost all new Dodd-Frank regulations. The second would expand the types of trading risks that banks can take on. The third would allow big US-based multinational banks to escape US regulations by operating through international subsidiaries. Financial reform advocates say it is way too early to start messing with Wall Street reform, especially since key parts of Dodd-Frank have yet to go into effect.

In an opening statement before the vote, Waters listed a series of financial scandals in the wake of the 2007 crisis that she argues make strong financial regulations imperative. “These scandals include, but aren’t limited to, money laundering to drug cartels, Libor [interest rate] manipulation, and the case of the ‘London Whale,'” the nick-name for JPMorgan’s massive trading loss last year, she said.

The bills will now head to the House floor for consideration, and have a good chance of being taken up in the Senate.