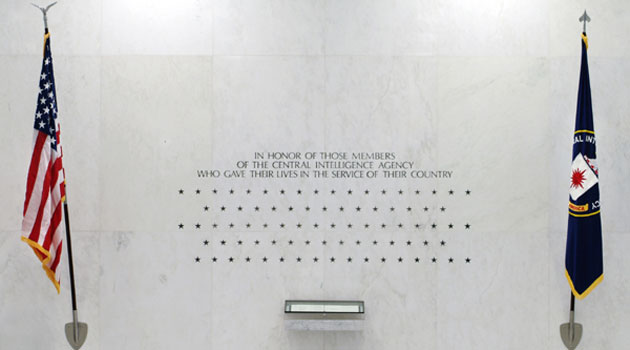 GOP scandal-chasers have been obsessed with the Obama administration’s talking points about the attack on US facilities in Benghazi, Libya, that left four Americans dead, and the White House on Wednesday tried to put the pseudo-scandal to rest by releasing a batch of interagency emails related to the talking points.

These emails thoroughly undercut the conservative charge that the White House massaged the talking points to whitewash the attack and protect President Obama’s reelection prospects. One email from a CIA official noted that the White House “cleared quickly” the talking points drafted by the CIA but the State Department had concerns. Poof—there goes the conspiracy theory that Obama’s aides excised references to terrorism and an Al Qaeda-linked group for campaign-related reasons. But questions about the Benghazi episode remain, particularly this one: Has the CIA avoided scrutiny for its central role in this affair?

Last week, the Washington Post‘s Glenn Kessler noted that the revised talking points indicated that Obama administration officials in various agencies were inhibited by a key fact as they were grappling with what could be said publicly about the attacks in Benghazi: The assault had targeted a CIA annex in addition to a temporary State Department mission. That made the job tough for the drafters of the talking points. As Kessler wrote,

from the State Department perspective, this was an attack on a CIA operation, perhaps by the very people the CIA was battling, and the ambassador [Chris Stevens] tragically was in the wrong place at the wrong time. But, for obvious reasons, the administration could not publicly admit that Benghazi was mostly a secret CIA effort.

Kessler emphasized an obvious point: The initial talking points drafted by the CIA implied that “State screwed up, even though internally, it was known that this was a CIA operation.” Naturally, at the time, Victoria Nuland, the State Department spokeswoman, objected to this. So here was a bureaucratic tussle—not White House skullduggery. Yet the CIA’s attempt to duck blame may be the more important story than what UN Ambassador Susan Rice was handed in preparation for her Sunday talk show appearance.

One of the early iterations of the made-in-Langley talking points contained this paragraph:

The Agency has produced numerous pieces on the threat of extremists linked to al-Qa’ida in Benghazi and eastern Libya. These noted that since April, there have been at least five other attacks against foreign interests in Benghazi by unidentified assailants, including the June attack against the British Ambassador’s convoy. We cannot rule out the individuals has [sic] previously surveilled the U.S. facilities, also contributing to the efficacy of the attacks.

This version also contained another line from the CIA: “On 10 September we warned of social media reports calling for a demonstration in front of the [Cairo] Embassy [in response to an anti-Muslim video] and that jihadists were threatening to break into the Embassy.” And the CIA drafters noted that the “currently available information suggests that the demonstrations in Benghazi were spontaneously inspired by the protests” in Cairo and “evolved into a direct assault” on the “US Consulate and subsequently its annex.”

Put this all together, and here’s what the CIA was saying: We told you there was possible trouble in Benghzai; we warned you about the mess in Cairo; the assault in Benghazi was initially related to the video-sparked protests in Cairo; and the attack hit two State Department facilities (not one of ours). This is, as they say in the business, a cover story—but for the CIA, not the White House.

Now turn to the unclassified version of the report of the State Department’s Accountability Review Board for Benghazi and consider this finding:

The Board found that intelligence provided no immediate, specific tactical warning of the September 11 attacks. Known gaps existed in the intelligence community’s understanding of extremist militias in Libya and the potential threat they posed to U.S. interests, although some threats were known to exist.

This seemingly contradicts the self-protecting statement that the CIA had tried to place in the talking points (which was eventually excised at the State Department’s request): the assertion that the Agency had “produced numerous pieces on the threat of extremists linked to al-Qa’ida in Benghzi and eastern Libya.” Where were these numerous reports? Were they kept from the Accountability Review Board, which was run by veteran diplomat Thomas Pickering and retired Adm. Michael Mullen?

Given that the CIA operation in Benghazi—which was reportedly trying to gather weapons—had three times the staff of the State Department temporary mission there, it could be expected that the Agency would have a better handle on the security situation in the area than the State Department. Yet the Pickering-Mullen review diplomatically criticized the CIA for “gaps” in its “understanding” of extremists in Libya. Nevertheless, all the outrage on the right and elsewhere has focused on Foggy Bottom, not the CIA. It’s possible, too, that the CIA activity in Benghazi was somehow related to the assault—if only because local extremists might have been aware of the CIA presence. A former Obama administration official notes that that best explanation for the attack is that “a bunch of well-armed creeps watched the Cairo demonstrations on television and decided to round up the boys and go after the Americans.” The State Department’s mission in Benghazi was assaulted before the CIA annex. Still, a full investigation would examine whether the CIA operation in the area had done anything to increase the target value of both sites.

The Accountability Review Board report was justifiably tough on the State Department—citing “systemic failures and leadership and management deficiencies at senior levels”—but the CIA has largely escaped unscathed. “They’ve gotten a pass on a lot of this,” a former Obama administration official says. Perhaps that’s the real scandal.