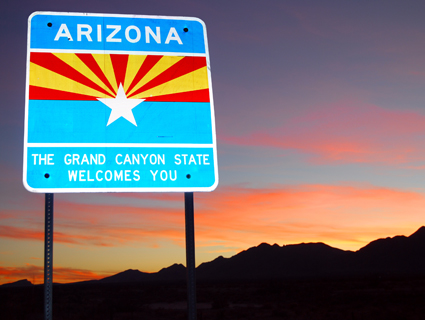 On Tuesday, judges on the US Ninth Circuit Court of Appeals struck down an Arizona law that would have banned abortions at 20 weeks. The judges called the law “unconstitutional under an unbroken stream of Supreme Court authority.” This is the first 20-week ban to be struck down in court. (Correction: Idaho’s ban was also found unconstitutional in March.)

The judges wrote that Arizona “may not deprive a woman of the choice to terminate her pregnancy at any point prior to viability,” echoing the Supreme Court’s ruling in Roe v. Wade 40 years ago that abortion should be legal up to the point that a fetus is can survive outside of the womb, which is usually construed as 24 weeks.

Anti-abortion state legislatures have passed a number of laws in recent years shortening the period in which abortion is legal. Arizona’s 20-week ban was not the first in the US, but it was the first one that national reproductive rights groups challenged in court. It was, at the time, the strictest in the country, as it dated the 20 weeks from a woman’s most recent menstruation rather than from the date of conception. (Taking basic biology and math into account, the bill actually banned abortion 18 weeks after the woman became pregnant). But after the Arizona law was passed in April 2012, other states passed even stricter rules; Arkansas banned abortions at 12 weeks in March 2013, and North Dakota banned them at 6 weeks a few weeks later.

Meanwhile, an anti-abortion lawmaker from Arizona has been trying to export the law. Republican Congressman Trent Franks introduced a bill last week that would impose a 20-week ban in Washington, DC as well.

Reproductive rights groups hope that Tuesday’s ruling sends a warning to other states that might consider similar restrictions. “Today’s decision is a huge victory in the fight to protect women’s fundamental reproductive rights, and it should send a clear message to anti-choice politicians that their attempts to deprive pregnant women of critical health care are clearly unconstitutional and will not hold up in court,” said Nancy Northup, president of the Center for Reproductive Rights, which joined with the ACLU to challenge the Arizona law.

The Center for Reproductive Rights also filed suit against another anti-abortion law in North Dakota earlier this month, and is expected to challenge the state’s 6-week ban as well. CRR and the ACLU also won a preliminary injunction last week blocking Arkansas’ 12-week ban from taking effect.