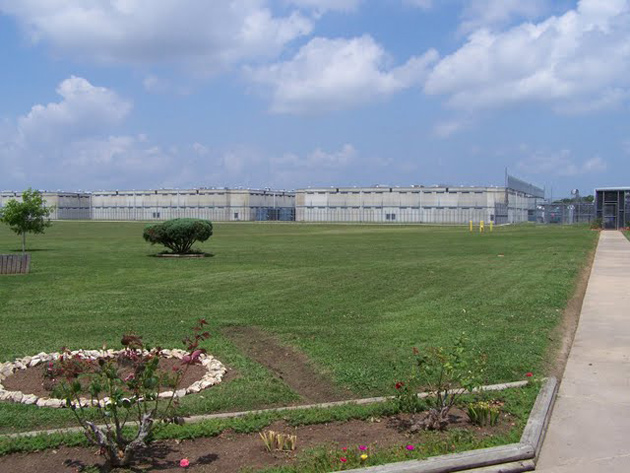 We will be rolling out profiles of all of the contenders in the coming days, complete with photos and video. Now let’s head on down to Texas to visit our second contender, where condemned men (even severely mentally ill ones) spend their final years under what are arguably the nation’s harshest death-row conditions. 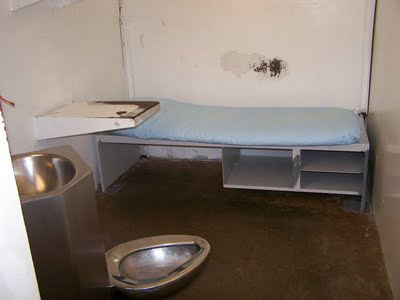 A typical cell at Polunsky. Minutes Before Six

The basics: “The most lethal [death row] anywhere in the democratic world” is also probably “the hardest place to do time in Texas,” writes Robert Perkinson, author of the book TexasTough. Indeed, the all-solitary Allan B. Polunsky Unit houses condemned Texans under some of the nation’s harshest death row conditions. The prisoners are housed in single cells on 22-hour-a-day lockdown, and even during their daily “recreation” hour, they are confined in separate cages. With no access to phones, televisions, contact visits, they remain in essentially a concrete tomb (PDF) until execution day—a stretch of at least three years for the mandatory appeals, and far longer if they opt to keep fighting. Some have been known to commit suicide or waive their appeals rather than continue living under such conditions.

The backlash: At Polunsky, the “emotional torture” of awaiting death in total isolation is “driving men out of their minds,” former prisoner Anthony Graves told senators last year at the first-ever Judiciary Committee hearing on solitary confinement. “I would watch guys come to prison totally sane and in three years they don’t live in the real world anymore,” recalled Graves, who was exonerated in 2010, after spending more than 18 years on death row.

Graves detailed for the senators some of the profoundly erratic behavior of his fellow prisoners. “I know a guy who would sit in the middle of the floor, rip his sheet up, wrap it around himself, and light it on fire. Another guy…would take his feces and smear it all over his face as though he was in military combat.”

Listen: Click on the arrow for audio of M*A*S*H* actor Mike Farrell reading our essay, “How Crazy Is Too Crazy to be Executed?“

This man, Graves added, was ruled competent for execution. While on the gurney, “he was babbling incoherently to the officers, ‘I demand that you release me soldier, this is your captain speaking.’ These were the words coming out of a man’s mouth, who was driven insane by the prison conditions, as the poison was being pumped into his arms.”

Another prisoner, a paranoid schizophrenic named Andre Thomas, scooped out his eye and ate it during his stay at Polunsky. He, too, remains on track for execution. It is perhaps no wonder that Dallas insurance executive Charles Terrell asked to have his name removed from the facility after it became death row.

Next prison: A facility with a “pervasive culture of discriminatory bias against Latinos.”