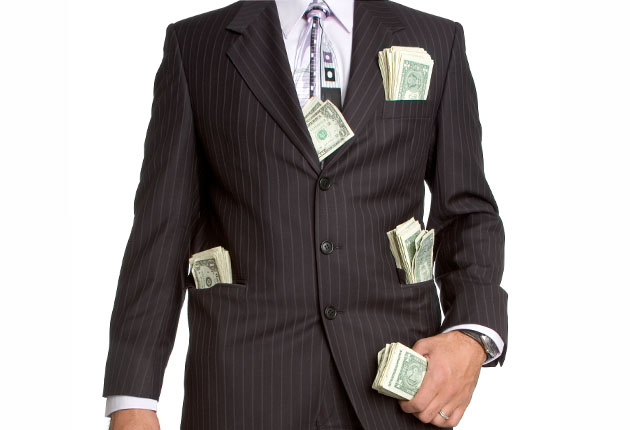 Lots of average Americans who filed their tax returns this week will soon face the unpleasant prospect of having those returns audited. But corporations with at least $10 million in assets (or far more) have much less to fear from the tax man. Behemoths such as Microsoft and General Electric have taken a beating in the press lately because of how little in US taxes they pay, thanks to extremely complicated and aggressive use of offshore tax havens. The criticism doesn’t seem to have affected how corporations are treated by the IRS, though. According to a new report by the Transactional Records Access Clearinghouse, in the current fiscal year, the IRS plans to devote 18 percent less effort to auditing companies with more than $10 million in assets than it did just two years ago. The agency has seen a $1 billion budget cut in the past year, and all of this comes before the effect of the sequester, which will slash $600 million from its budget this year. The IRS also projects that the amount of time available for specialized agents to conduct these audits will drop 14 percent as well, thanks to staffing cuts.

The IRS measures employee budgeted time in staff years, whose decline is shown in this chart:

While the amount of staff time devoted to auditing the average Joe has gone up 62 percent since 2011, it’s fallen nearly 30 percent for corporations. The IRS’s workforce today is 23 percent smaller than it was in 1992, even though the number of returns filed has gone up 27 percent over the same period, according to TRAC. The acting IRS commissioner testified before Congress on April 9 that the agency is down 10,000 employees compared to what it had during the 2010 tax season. And the agency is being asked to do even more work. It’s responsible for implementing key sections of the Affordable Care Act (better known as Obamacare) and it is grappling with a significant number of cases of identity theft that are projected to cost the country billions in fraudulent refunds if not addressed promptly.

Yet thanks to the forced, across-the-board budget cuts imposed by Congress, the IRS is going to have to close up shop for seven days in 2013, when work will essentially grind to a halt.  All of these cuts seem shortsighted, given that the IRS collects 93 percent of all government revenue. Failing to collect what all taxpayers owe leaves the federal budget short about $400 billion per year. More robust funding of the IRS that would allow it to go after more of corporate America’s bigger players might help reduce the need for some of the sequester cuts.