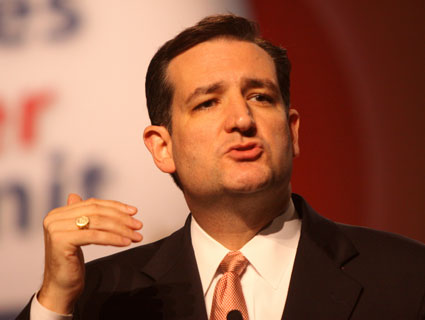 This winter, The New Yorker‘s Jane Mayer dug up a 2010 speech by Sen. Ted Cruz (R-Texas), a Tea Party favorite, where he charged that during his days at Harvard Law School, the faculty included twelve Marxists “who believed in the Communists overthrowing the United States government.” While Mayer easily dismantled Cruz’s facts, he was just giving voice to the same basic charge of academic bias leveled by William F. Buckley in his classic 1951 book, God and Man at Yale, one widely shared on the political right.

There, academia is viewed as a liberal bastion. Furthermore, it is seen as a place of deep ideological bias against conservatives and even, as Cruz’s words suggest, of outright radicalism. Finally, it is seen as a brainwashing mill, intent on wiping away Little Johnny’s religion and values, and turning him into, gasp, a liberal.

So is any of that really true? As it turns out, a new book by sociologist Neil Gross of the University of British Columbia proves through extensive data analysis on the politics of professors that conservatives are right that academia leans to the left. But according to Gross, conservatives are totally wrong about the cause of this phenomenon—and its effects.

Why Are Professors Liberal and Why Do Conservatives Care? is full of statistics on the liberal voting preferences and political and cultural self-identification of academics. Some facts from the book:

So, academia is indeed more liberal than America, just as other professions, such as the clergy and the military, are dens of conservatism. But where conservatives get it wrong, Gross says, is in their simplistic assertions that academia’s leftward lean is a result of bias or discrimination. Rather, he argues, academia is liberal because… it has been attacked for being liberal. Gross’s analysis concludes that the ivory tower’s well-known political reputation has encouraged a kind of self-selection effect, where conservatives gravitate away from it, and liberals towards it.

Gross’s findings suggest that there isn’t much indoctrination taking place on campus: in detailed follow-up interviews with 57 professors who participated in his study, just two “fit the stereotype held by conservative critics of a radical professor bent on converting students to his political point of view.”

I had a long conversation with Gross on the Point of Inquiry podcast about his research and what it means to the culture wars. Among other things, we observed that academia’s liberalism would be very hard to change; after all, it’s not likely that professors are suddenly going to change their beliefs or parties. We also discussed how conservative complaints about academia’s liberalism don’t have an obvious analog on the left: you don’t usually find liberals calling for, say, the military to be less right wing—they just tend to accept it. So why doesn’t the right accept the liberalism of academia as just part of the nature of things?

The first three minutes of my podcast with Gross are sampled above, and you can listen to the full show here.