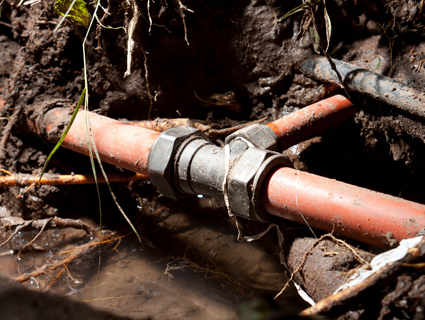 Of all the many and varied consequences of fracking (water contamination, injured workers, earthquakes, the list goes on) one of the least understood is so-called “fugitive” methane emissions. Methane is the primary ingredient of natural gas, and it escapes into the atmosphere at every stage of production: at wells, in processing plants, and in pipes on its way to your house. According to a new study, it could become one of the worst climate impacts of the fracking boom—and yet, it’s one of the easiest to tackle right away. Best of all, fixing the leaks is good for the bottom line.

According to the World Resources Institute, natural gas producers allow $1.5 billion worth of methane to escape from their operations every year. That might sound like small change to an industry that drilled up some $66.5 billion worth of natural gas in 2012 alone, but it’s a big deal for the climate: While methane only makes up 10 percent of greenhouse gas emissions (20 percent of which comes from cow farts), it packs a global warming punch 20 times stronger than carbon dioxide. 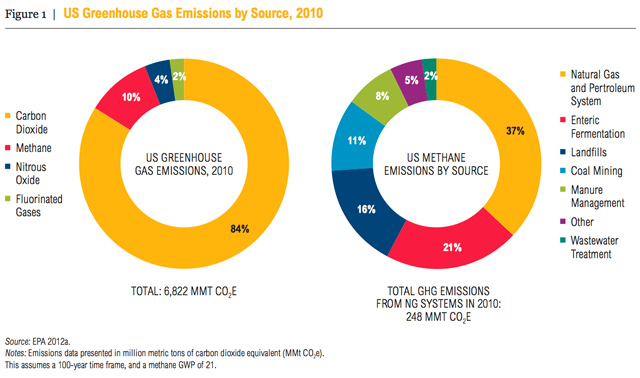 “Those leaks are everywhere,” said WRI analyst James Bradbury, so fixing them would be “super low-hanging fruit.”

The problem, he says, is that right now those emissions aren’t directly regulated by the EPA. In President Obama’s first term, the EPA set new requirements for capturing other types of pollutants that escape from fracked wells, using technology that also, incidentally, limits methane. But without a cap on methane itself, WRI finds, the potent gas is free to escape at incredible rates, principally from leaky pipelines. The scale of the problem is hard to overstate: The Energy Department found that leaking methane could ultimately make natural gas—which purports to be a “clean” fossil fuel—even more damaging than coal, and an earlier WRI study found that fixing methane leaks would be the single biggest step the US could take toward meeting its long-term greenhouse gas reduction goals.

What’s more, the solution to the problem doesn’t rely on some kind futuristic, expensive technology: It’s literally a matter of patching up leaky pipes.

Methane is colorless and can be odorless, so it’s difficult to know when it’s escaping.

So what’s the holdup? For one thing, Bradbury says, that $1.5 billion in savings wouldn’t necessarily go to the companies making investments in fixing pipes: Gas inside a pipeline is owned by the producer, but the pipeline itself is owned by an independent operator who might not see any advantage in preventing methane leaks. The other issue is detection: Methane is colorless and can be odorless, so there’s no way to know when it’s escaping, where, and how fast, without special equipment. Gear to simplify the detection process is beginning to crop up on the market, but without a government mandate there’s less incentive for companies to invest in it. And without hard data on much methane they’re losing, companies are disinclined to address the problem—especially across all of the nation’s 300,000 miles of natural gas pipelines.

This is where the EPA needs to step in, Bradbury says. Under the Clean Air Act, the EPA could regulate all greenhouse gas emissions, which would cover not only methane but also the main climate change culprit, CO2. It could, at a minimum, require companies to monitor these emissions. And it could reward companies that take action via recognition in its fracking best-practices program, Natural Gas STAR. Finally, the EPA could provide better support to the state-level agencies that are ultimately responsible for enforcing Clean Air Act rules.

If the president is serious about tackling climate change from the Oval Office, Bradbury said, there could hardly be a better place to start than here.

“We need to be focused on solutions and not take a wait-and-see approach,” he said. “You want to get these rules in place at the front end; we’re already playing catch-up.”