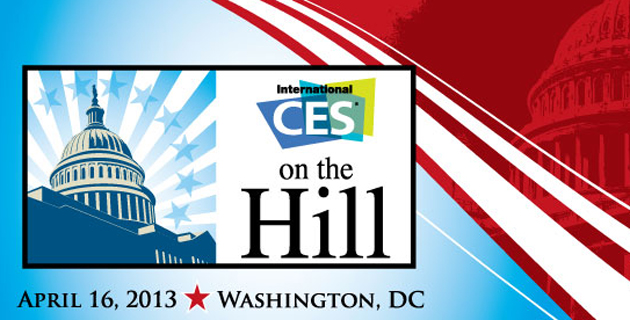 On Tuesday night, members of Congress and their staff shuffled down to the Rayburn House Office Building cafeteria to gawk at big screens, mess around with shiny new gadgets, and scarf down finger food while sipping free booze. For two hours, the room where House interns and legislative aides usually eat their lunch was transformed into the Consumer Electronics Show on the Hill, a special DC version of the Consumer Electronics Association‘s annual Vegas trade show.

“You got toys! I love toys,” Rep. Gregory Meeks (D-NY), a senior member of the House Financial Services Committee and a CEA honoree shown here playing a track-and-field Kinect game at a previous event, exclaimed upon entering.

CES on the Hill has been an annual event for Congress since 2010, when it was first held in DC’s Eastern Market. In 2012, the show was moved to the Rayburn building. The event supplements CEA’s standard lobbying, and allows the trade organization to treat some of the nation’s most powerful elected officials to the industry’s latest advances in “ninja innovation,” a term coined by CEA president Gary Shapiro to describe tech innovation that is too powerful to remain unassociated with ninjas. “I hope you leave today’s event with a clear understanding what ninja innovation is all about,” Shapiro writes in a welcome note. I didn’t, but Shapiro literally wrote the book on “ninja innovation,” which blends his study of martial arts with his examination of what he views as the world’s most successful companies.

For some, this year’s packed-house Rayburn event was another excuse to hang out after another long day of legislative inertia. Rep. Darrell Issa (R-Calif.), the chairman of the House Oversight and Government Reform Committee, made an appearance to down some Stella Artois and regale attendees with bland anecdotes about a donor who threw a large sum of cash into his 1998 Senate campaign (a Republican primary race he lost to California State Treasurer Matt Fong despite having outspent Fong 4-1).

Behind Issa were a bevy of new-generation gizmos and appliances, including Panasonic bone conduction headphones that played The Eagles’ “Hotel California” through the bones of lawmakers’ skulls. Showcases ranged from Pandora Internet Radio to Troop ID, the latter being a digital identification company founded by a pair of Army Rangers. White House aides and Department of Defense staffers dropped in to mingle and stare at a gigantic LG screen equipped with 3D technology. The DirecTV table played a Great Gatsby trailer and a clip of David Letterman interviewing Lindsay Lohan as a corporate rep discussed the satellite service provider’s efforts to fight the Department of Energy’s “over-regulation” of their cable boxes with “unnecessary” energy consumption requirements. 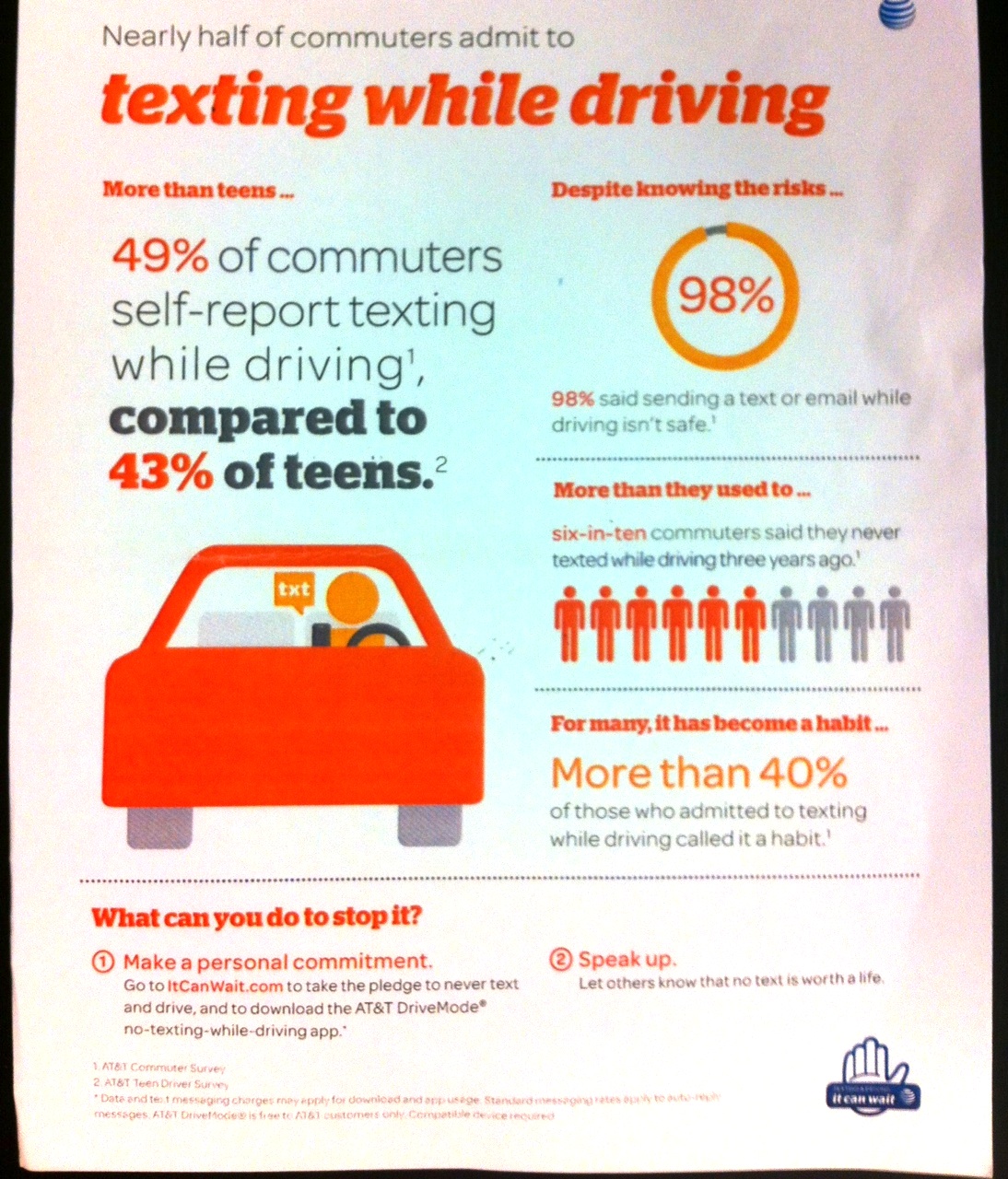 The AT&T-manned table was dedicated to reminding legislators about the dangers of texting while driving. The exhibit featured a street-driving simulator (aesthetically similar to what you’d find in a Chuck E. Cheese’s) synced to a fake iPhone. “Dad” sends the driver mundane text messages, and the player’s goal is to hold a conversation without crashing the vehicle and killing everyone. As I sat down to give it a try, AT&T representatives took care to move my free beer far away from the machine, so as to not unintentionally send a completely different bad message regarding driving. Rep. Peter DeFazio (D-Ore) and Rep. Ted Deutch (D-FL) took the challenge, both of whom crashed into other cartoon cars as they texted their fake fathers. However, both Democratic congressmen had fun and were “very jovial throughout,” according to an AT&T rep.

As the two-hour Hill event wound down, the women at the Pandora showcase reminded me that they were throwing an after-party at the Rock & Roll Hotel, with a special performance by folk singer Josh Rouse. (The invitation reassures House members and staff that the invitation was cleared by the House Committee on Ethics.) DC-based festivities carried over into the following night, when CEA threw its ninth annual Digital Patriots Dinner at the Mayflower Renaissance luxury hotel. Sen. Jerry Moran (R-KS), Rep. Jared Polis (D-CO), and Rep. Greg Walden (R-OR) were honored as staunch allies of ninja innovators in the tech industry.

All signs point to CEA returning to Capitol Hill come 2014. “We don’t have anything confirmed for next year, yet, but with the growing success of the event, we hope to bring it back,” CEA’s Allison Fried says in an email. And according to the CEA president, there’s still plenty more ninja-related work to be done in Washington. “We need the U.S. government to have a ‘ninja’ moment of its own and focus on policies that will ensure America remains the best place in the world for innovators,” Shapiro writes. Ninja innovators, that is.