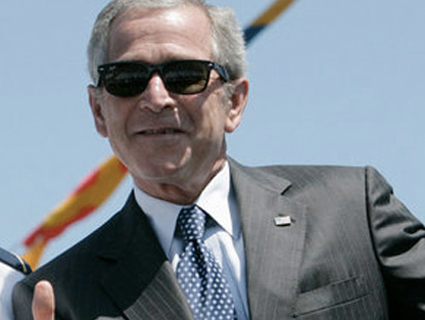 “Eight years was awesome and I was famous and I was powerful.”—Former President George W. Bush, July 2012

On Thursday, the George W. Bush Presidential Library and Museum will be officially dedicated at Southern Methodist University, a school attended by the likes of former first lady Laura Bush, actor Powers Boothe, and Kourtney Kardashian. The invitation-only event will be attended by President Obama, before he visits a memorial at Baylor University for victims of the West, Texas, plant explosion. A spokesperson says attendance at the library dedication is expected to be in the thousands.

A presidential library is one way for an ex-POTUS to attempt to shape his long-term legacy. The historical assessment of Bush’s 96 months in office remains as harsh as ever (a few of the strikes against him: endorsing torture, launching war on convoluted make-believe, jumping the gun on “mission accomplished”, decimating a record budget surplus, politicizing NASA and the DOJ, wiretapping, ditching Kyoto, bungling Katrina, restricting stem-cell research, and getting all pissed off at the South Park creators). Yet the former president’s supporters insist that he wants to address criticism of his administration head-on. “He really wants people to go in [the library and museum] and get a sense of what it was like to be president during that time and to use that to make an informed decision about his presidency,” longtime Bush adviser Karen Hughes told Yahoo News.

Because it didn’t really exist.

2. The American Flag Put on the Toppled Saddam Statue 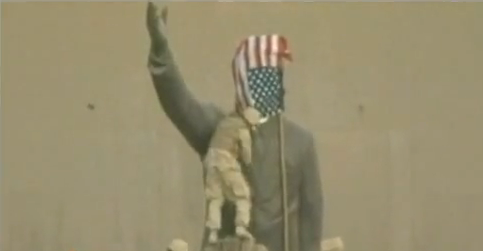 Because former Lieutenant Tim McLaughlin, the man who possesses the flag used for the iconic moment, refuses to lend it for use as pro-war propaganda.

3. The World’s First Monument to Shoes Thrown at Bush’s Face by an Iraqi Journalist

Because such a monument was already built—a six-foot-high sculpture depicting footwear chucked at Bush’s head was unveiled at an Iraqi orphanage in 2009. (The shoe monument was, however, removed one day after its unveiling.)

4. The Time George Bush Fist-Pumped About Making the Planet Worse

Because as Bush prepared to depart Japan on the last day of his final G8 summit, he “signed off with a defiant farewell over his refusal to accept global climate change targets,” and reportedly told his fellow leaders, “Good-bye from the world’s biggest polluter”—a dark joke that he followed by “punch[ing] the air while grinning widely, as the rest of those present including Gordon Brown and Nicolas Sarkozy looked on in shock.”

Because the CIA destroyed them in late 2005.

6. An Exhibit Dedicated to the George W. Bush National Park

Because of course it doesn’t exist…unless Rep. Mike Conaway (R-Texas), who recently secured $25,000 to study converting Bush’s childhood home to America’s next national park, gets his way.

7. These Will Ferrell Clips

Probably because the former president and the comic actor disagree so sharply about foreign policy.

Come on, you know why.