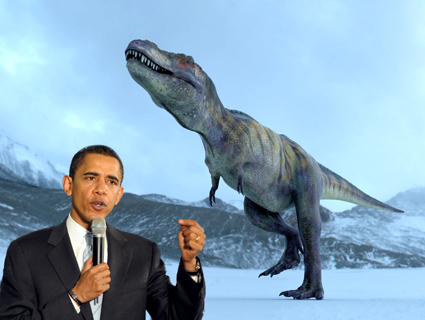 In general, I’m no fan of intellectual whack-a-mole. Nevertheless, there’s one bad idea that circulates and recirculates with such frequency that once in a while, you just have to dust off your mallet.

I’m talking about the idea that when it comes to misusing or abusing science, both sides do it—a pox on both their houses—and the left is really just as bad as the right.

This idea is currently being championed by the generally clear thinking (but also ideologically libertarian) Michael Shermer, who wrote in Scientific American recently about the “Liberal War on Science.” I just appeared in an hour-long discussion of this subject on the Canadian public affairs program The Agenda With Steve Paikin, which also featured Shermer and Mark Lynas, the British environmentalist and author who recently gained great attention for his resounding defense of genetically modified foods:

Shermer begins his article by conceding that conservatives have a bad scientific track record, noting their global warming denial and evolution denial in particular. The latter, he writes, springs from the “erroneous belief that the theory of evolution leads to a breakdown of morality.” But then he goes on to argue that since some Democrats also doubt these scientific verities—or more particularly, a recent Gallup poll found that 41 percent of Democrats are Young Earth Creationists, and 19 percent doubt the Earth is warming—science denial is a problem on the left too.

Yes, but considerably fewer Democrats than Republicans get the science wrong on these issues, as the very polls that Shermer cites demonstrate. Nobody ever said Democrats were perfect on science. But Republicans today are majority creationist (58 percent, according to Gallup) and majority climate denier.

And polls alone don’t tell enough of the story.  Evolution denial and climate denial on the right are much more politically problematic—because conservatives, not liberals, are going around trying to force these wrongheaded views on children in schools. Oh, and by the way: By denying global warming, they also jeopardize the planet and the well-being of humanity. In my view, not all wrong beliefs are equally harmful—rather, wrong beliefs are harmful in proportion to their bad consequences.

Shermer also says that some on the left are “cognitive creationists,” denying the evolution of the human brain (presumably out of some misguided PC desire to keep our differences in the realm of “nurture” rather than “nature”). The problem with Shermer’s argument is that while this more rarefied form of evolution denial may once have found a true home on the left—circa 1975, when Harvard’s E.O. Wilson was pilloried for his book Sociobiology, which defended the idea of a genetically based human nature—it’s pretty passé these days. My own work is a case in point. I’ve reported extensively on the psychological and, ultimately, biological factors underlying political ideology and, to a lesser extent, religiosity. To put it plainly: Science has rendered the idea of a biologically grounded human nature (containing, to be sure, much variability from person to person) pretty impossible to deny. As Steven Pinker puts it, there simply is no blank slate.

It’s not that I disagree with Shermer on every point. I will accept that misguided claims about GM foods being dangerous to eat (they aren’t), and about childhood vaccines causing autism (they don’t), are more common on the left and, indeed, spring from the left’s sometimes knee-jerk anti-corporatism. (To some extent, nuclear power is another such issue—scientists tend to think the alleged dangers of radiation traveling over long distances, in small doses, are pretty overblown. And no, Chernobyl did not kill a million people.)

But what’s striking about each of these cases is that on the left, you fail to see a mainstreaming of anti-science views. Indeed, the Obama administration is very pro-nuclear! And that’s typical: What you get on the left is a heck of a lot of dissension and pushback against those who are making scientifically questionable claims—and, as has clearly occurred in the vaccine case, the ultimate banishment of these bad ideas from intellectually serious company.

And what that means is that anti-science doesn’t shape policy in the same way on the left. Yes, you will find extremes—islands of ideology where, basically, Monsanto is the Great Satan and vaccines are causing autism. But there is no currently pressing issue (that I can think of) where the left is monolithically in denial of basic science, or where this drives mainstream political policy—e.g., drives the stance of most elected Democrats.

We know from decades of psychological research that conservatives are less open to new ideas and experiences.

Shermer’s article ends with a statement that, as far as I can tell, is just incorrect: “Surveys show that moderate liberals and conservatives embrace science roughly equally,” he writes. I’m not sure where he gets this, but for a direct rebuttal let me point you to a recent study in the American Sociological Review by Gordon Gauchat, which finds that unlike liberals or moderates, conservatives have lost trust in science rather precipitously over the past several decades.

None of this should be surprising. As I argued on The Agenda, it’s no accident that conservatives have more problems with science than do liberals. It’s part of their personality and who they are. We know, from decades of psychological research, that conservatives are less open to new ideas and experiences, and have a higher need for cognitive closure—the desire to have fixed beliefs and certainties that are unchanging. So of course they find a dynamic force like science, which excels at upsetting the applecart, to be threatening. That oft cited statistic about only 6 percent of American Association for the Advancement of Science members being Republicans—get over it already. It’s not remotely surprising.

I’ve never argued that the left is innocent of science denial or abuse. I’ve just questioned whether this is really where most of the action is. So while it may provide a journalistic frisson to take up the contrarian view and suggest the left is really just as anti-science as the right (or worse), it’s ultimately a pretty cheap thrill.