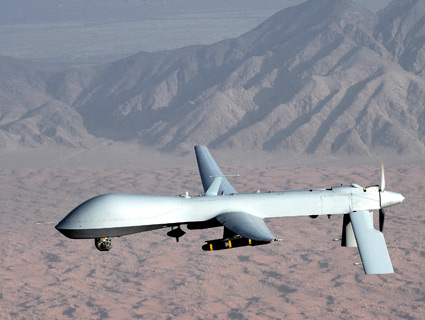 Senator Rand Paul’s (R-Ky.) 13-hour filibuster over whether or not the White House believes it has the authority to assassinate terrorism suspects within the United States raised the weary spirits of critics of the Obama administration’s targeted killing program. But, advocates say that the focus on something that may never come to pass—drone strikes at home—should not distract from the problems with targeted killing as it is actually used.

“We ought to be more focused on the current program as it is today rather than what I see as a very hypothetical and not very likely use of force within the United States,” says Raha Wala, an attorney with Human Rights First. “We have hundreds of drone strikes, thousands of people dead in a half a dozen or so countries around the world, with very little explanation from the administration as to the legal, ethical and operational basis for the program.”

While the administration says it does not have the authority to use drones within the United States to kill a suspected terrorist who is not “engaged in combat,” between 3000 and 5000 people have been killed by drone strikes in Pakistan, Yemen and Somalia. Many have been civilians. Many of the strikes themselves have not been targeted at specific individuals, but in so-called “signature strikes” against anonymous targets who are singled out and believed to be militants based on a “pattern of behavior.” While the administration has publicly defended the use of targeted killing against suspected terrorists, it has said little publicly about signature strikes. Civil liberties and human rights advocates hope that Paul’s filibuster—which did at times touch on drone strikes abroad—will help draw attention to the targeted killing program as it actually exists.

Even if Paul’s filibuster doesn’t lead to a popular backlash, civil liberties and human rights groups hope that it will embarrass some legislators into taking their oversight role more seriously. “Congress has not been stepping up to the plate and taking seriously its constitutional role,” says Chris Anders, an attorney with the American Civil Liberties Union which has been suing the US government to force it to disclose more information on its targeted killing program. “One of the things that was very helpful about the filibuster was that it really did drive home for a lot of senators, particularly on the Republican side, that there is this duty to have oversight.”

“He was truly doing what Senators ought to be doing,” says Anders. “Which is you don’t get the information that you need to vote, then put yourself out there and demand it.”