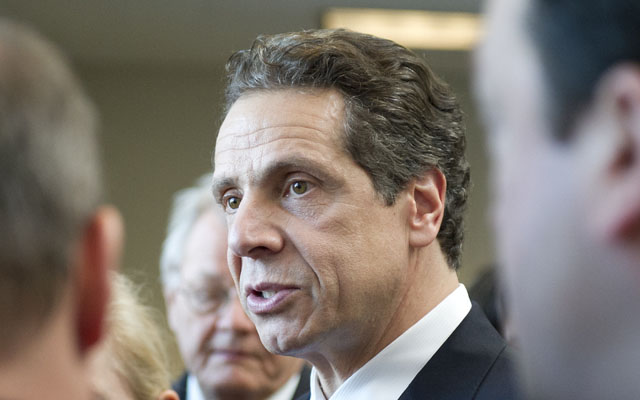 Organizing for Action (OFA), the pro-Obama nonprofit spun off from the president’s reelection campaign, announced Tuesday it will join the “fair elections” fight in New York State, pushing for a statewide system of publicly financed campaigns. This is big news: OFA commands a massive grassroots network and some of the most advanced technology in politics, and for the reformers, New York State’s “fair elections” effort is the front line in the fight against big-money politics. The timing of OFA’s announcement, though, wasn’t great: On the same day, news leaked that OFA is aggressively seeking six- and seven-figure donations as it tries to meet its $50 million fundraising target.

In an email to supporters in New York, OFA director Jon Carson wrote that “in New York elections, the voice of the public is being drowned out. Contributions from special interests, lobbyists, and corporations are far too influential, disclosure is inadequate, and enforcement of the laws currently on the books is too lax.” Carson added, “That’s not how democracy should work. So right now, OFA supporters are joining the fight to reduce the influence of special interests in state elections, and put the power back into the hands of New Yorkers.”

OFA joins a deep bench of reformers lobbying Democratic Gov. Andrew Cuomo and New York state politicians to pass a public financing bill for all statewide elections, a move cheered by at least of OFA’s erstwhile critics. The idea for this kind of legislation was inspired by New York City’s public financing program, which matches each dollar a city resident donates, up to $175, with six dollars in public funds. The hope is that candidates will opt to raise lots of small donations from many donors, instead of asking for big-dollar checks from a wealthy few.

Cuomo says he favors a statewide public financing bill, telling activists earlier this month that “fair elections” legislation is “one of the most important issues to complete” in this year’s legislative session. But it’s unclear if he is willing to expend serious political capital to push a public financing bill through the tangled, noxious mess that is the New York State legislature.

Meanwhile, OFA is aggressively hunting for as many big donations as it can find. The New York Times reported that OFA will give people who raise a million or more for two years in a row a spot on the group’s board of directors. Ten slots on OFA’s 30-person board, according to an internal memo, will be filled by “leaders in industry.” And there could also be an OFA task force on policy; its leaders will be asked to raise $250,000 or more.

This arrangement gives more ammunition to OFA’s critics, who accuse the group of selling access to President Obama and administration officials in exchange for raising or donating $500,000. OFA chairman Jim Messina fired back by saying “Whether you’re a volunteer or a donor, we can’t and we won’t guarantee access to any government officials.” Reformers have also criticized OFA for choosing to operate as a nonprofit, which can raise and spend unlimited funds and isn’t required to disclose its donors. (OFA has said it will disclose donors who give more than $250.)

By joining the New York State fight, OFA is buying into a bigger, somewhat controversial strategy: That it takes big money to get big money out of politics. Jonathan Soros’ Friends of Democracy super-PAC, for instance, spent $2.7 million during the 2012 election cycle to help elect seven pro-reform US House candidates and one New York State senator, Cecilia Tkaczyk, a proponent of public financing. Time will tell whether OFA’s money and manpower gives New York reformers the boost they need.