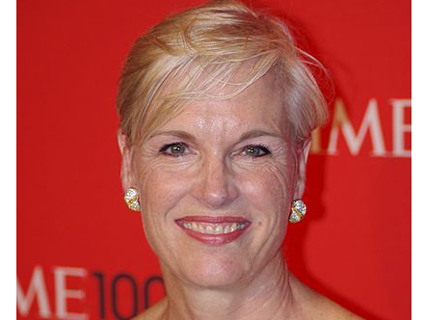 The state now outlaws abortions at as early as six weeks gestation, but it doesn’t stop there. Dalrymple also signed measures banning abortions sought because of genetic abnormalities in the fetus, like Down Syndrome, and another measure requiring that doctors who perform abortions at the state’s one clinic have admitting privileges at a local hospital. (The admitting privileges rule has been used in other states, like Mississippi, to make it impossible for providers to meet the standard.) And if that wasn’t enough, the legislature also approved a bill to include a “personhood” measure on the 2014 ballot, asking voters to decide whether all fertilized eggs should have the same rights as adults.

The state has only one Planned Parenthood office, which focuses on education and outreach and doesn’t provide health care at all. But even that has drawn ire from legislators, who have tried to block Planned Parenthood from providing sex education to at-risk teens. It’s gotten so bad there that even some Republican women in the legislature have come out and said that the state has gone too far.

I talked to Planned Parenthood’s Richards on Monday about what’s happening in North Dakota and other the states across the country:

Mother Jones: So, North Dakota. It can’t really get any more restrictive than that, can it?

Richards: I can’t even imagine what else they could think of. Just putting women behind bars? I don’t know. I’m assuming part of the reason they keep doing bills on bills on bills is to leave no stone unturned here. But I have been encouraged to see the numbers of Republicans and members of the medical community who are at least speaking out publicly, which is really an important thing, like this rally by Republicans in the state. So at least there is bipartisan opposition to this, unfortunately just not in the legislature.

Mother Jones: Last week you called what we’ve seen in the states a “race to the bottom” on women’s rights. Where is the bottom?

Richards: I think this may just be the bottom. North Dakota, certainly, but I think they’ve got serious competition. You look at Texas, a state that is an enormous state, enormous number of health care providers. It’s just extraordinary what’s happened there in two years and there’s even more they’re trying to do. They’re trying to [close down] everyone who provides access to legal abortion in Texas, but they’ve also ended family planning, they’ve ended cancer screenings for women. It’s everything. Or you look at a state like Arkansas where you’ve had very, very reasonable, moderate, folks come from that state and a governor who vetoes these bills, and yet the legislature is undeterred.

Mother Jones: This North Dakota law will certainly be challenged in court, but where do you see that going? Are we going to have a big, national-level court decision on this again sometime soon?

“What the legislature is doing and what the governor is contemplating doing is not consistent with the values of the people of North Dakota.”

Richards: There are so many bills that have been passed and enacted in the last couple of years, certainly something is going to the Supreme Court. If I had my crystal ball I perhaps would know which one or ones are going. This court is going to be hearing probably a variety of challenges to Roe, and likely even on birth control access. It’s hard to predict what’s going and what they will choose to hear.

One of the reasons this election was so critical is that this Supreme Court will be dealing with these issues in the near future. One of the other things is that the federal judiciary changed dramatically under the eight years of George Bush. Back years ago, the federal court system was seen as a place that could really address some of the more outrageous bills that came through state legislatures or policies that were enacted, but I don’t think that’s true any more. There is not the kind of balance that women need in the court system to protect them from politicians that are off the reservation.

Mother Jones: North Dakota just has the one private abortion clinic—Planned Parenthood only does education there. Why is that? Was that a decision based on the politics there?

Richards: North Dakota is the only state in the country where we do not provide health care. Its obviously a relatively small, not densely populated state. I don’t really know. It wasn’t an intentional effort. We are in South Dakota, but even there it’s only one health care center. I think it’s more geography than anything else. But we’ve been very active there as an education organization, and were very involved in defeating the ballot initiative there last year which was overwhelmingly defeated by the people of North Dakota. Which strikes me that what the legislature is doing and what the governor is contemplating doing is not consistent with the values of the people of North Dakota. I find Midwestern states as kind of a “live and let live” mentally, the way Texas used to be, and so I just think what they are doing is contradictory to where North Dakota folks are.