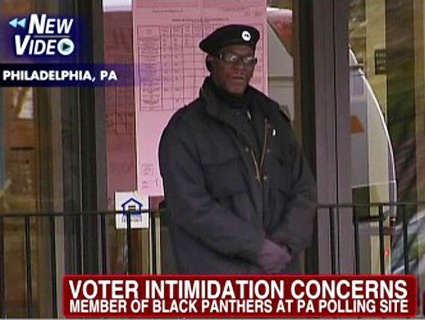 During the Bush administration, the Justice Department’s civil rights division was run like a partisan fiefdom. Career civil rights lawyers were pushed out and phantom threats, such as in-person voter fraud, were chased relentlessly. During the Obama administration, according to civil rights groups, the division has regained its effectiveness and renewed its mission of protecting Americans against discrimination. “We think the integrity of the division has been restored,” says Nancy Zirkin, vice president of the Leadership Conference on Civil and Human Rights.

Republican critics, not surprisingly, have been less enthusiastic. They claim the division is still a political snake pit—but now one in which conservatives are under attack—and have accused the division’s voting section of engaging in partisan gamesmanship by screening hires for ideology, trying to block Freedom of Information Act requests from conservative organizations, and choosing which civil rights laws to enforce based on racial and political preferences.

A report released Tuesday by the Justice Department Inspector General’s office, the department’s internal auditor, leaves most of the GOP criticism in shambles. At the same time, it depicts a section badly injured by past partisan warfare between staffers. The current head of the civil rights division, Thomas Perez, is a leading candidate to be the next secretary of labor, and the report could bolster his chances of reaching Obama’s cabinet. Still, Republicans will find ammo in some of the report’s conclusions, particularly the IG’s criticism that a few staffers were hostile to the idea of bringing cases against minority defendants. Here are some of the highlights:

Politicizing civil rights enforcement: Under Bush, an investigation by the Justice Department’s Office of Professional Responsibility (OPR) found that political appointees in the division broke civil service laws by vetting hires for Republican credentials. Internal emails showed the political leadership exchanging racist jokes and handing plum assignments to staffers perceived as conservatives. Experienced civil rights attorneys left the division in droves, and enforcement of civil rights laws declined. “It wasn’t just that they had a different idea of enforcing the law, it’s that they were punitive,” says a former Justice Department official. “If you didn’t agree with their ideology, they went after you. They were at war with the division itself.” The new report bolsters that account, noting an incident in which conservative attorneys targeted a female colleague with “highly offensive and inappropriate sexual comments” and mocked her for being “pro-black.”

The New Black Panther Party: The new report undercuts a key GOP charge: That the division went easy on a small group known as the New Black Panther Party case because the defendants were black. On election day in 2008, two members of the NBPP showed up at a polling place in a mostly black precinct in Philadelphia. One held a baton. The incident was filmed by GOP poll watchers, and the video went viral. When the voting section narrowed the case by focusing only on the baton wielder rather than the NBPP as a whole, congressional Republicans held up the case as proof the division was racked with “widespread politicization and corruption.”

Yet the Inspector General’s report, like a previous OPR report, found that the decision to narrow the New Black Panther case was “based on a good faith assessment of the law and facts of the case,” not on anti-white racism or corruption. The report also concludes that the political leadership at Justice did influence the handling of the New Black Panther case—but not improperly—by insisting that that the case could not be dismissed outright. This turns the GOP attack on its head, for Republican critics have accused the Obama administration of trying to bury the case to protect a black separatist group. The IG notes no such thing was done.

Selective enforcement: The IG found that the evidence “did not support a conclusion that the Voting Section has improperly favored or disfavored any particular group of voters.” That conclusion, it’s worth noting, applies to the full 13 years since 2000—including the period during the Bush administration when the division’s leadership of the civil rights division tried to force staffers deemed liberal out of the civil rights division. The report suggests that the Bush administration’s years-long effort to pack the voting section yielded no actual changes in enforcement.

Contrary to GOP criticism, the report says there is no evidence civil rights division “staff allowed political or ideological bias to influence their hiring decisions.”

Playing games with FOIA: Rep. Frank Wolf (R-Va.), a leading critic of the division, has accused it of politicizing its responses to Freedom of Information Act Requests, perhaps to hide malfeasance in its handling of the New Black Panther case. The IG report notes that accusation was baseless, stating that “our review did not find any substantiation of ideological favoritism or political interference in such responses.”

Politicized hiring: Another key GOP complaint is that under Obama the civil rights division has, in the words of Sen. Chuck Grassley (R-Iowa), only hired people who have “experience with liberal advocacy groups.” This is a mirror image of the criticism leveled during the Bush era, when the head of the civil rights division was found to have had engaged in illegal hiring practices and then misled Congress about it. By contrast, the new report notes that Perez placed hiring responsibility back in the hands of career attorneys. The IG report states that there is no evidence “staff allowed political or ideological bias to influence their hiring decisions.” Yet the report oddly recommends that the division, when hiring lawyers, place less emphasis on “demonstrated interest in the enforcement of civil rights laws” so that candidates with explicit conservative credentials may stand a better chance. (It’s hard to imagine an IG stating that the Securities and Exchange Commission should hire more, say, divorce lawyers).

Harassment of conservatives: The IG report does note that conservative hires during the Bush era at times faced harassment from liberal staffers, some of whom viewed themselves as part of a “resistance.” Division staffers who worked on a case accusing black defendants of suppressing white votes, the first one in the section’s history, were harshly criticized—including one black staffer who was pilloried by his colleagues as a “token” for working on the case. Grassley, seizing on these findings, quickly blasted what he called “an inherent culture of harassment against conservatives in the Civil Rights Division.”

Yet those episodes occurred during the Bush administration, and Perez notes, in a response to the IG report, that these incidents were a direct result of “the illegal hiring, transfers, case assignments, and other personnel practices” that characterized the Bush era. According to the IG report, in early 2009, Attorney General Eric Holder on a visit to the voting section declared that he “would not tolerate any politicized enforcement or hiring in the division, including retaliation from his own political staff.”

The report dings Perez, who was not yet running the division when the New Black Panther case was narrowed, for not providing accurate testimony about that case to the US Civil Rights Commission. But the IG notes that Perez did not intentionally mislead the commission. The report states that Perez errantly said that senior officials in the Department of Justice had no involvement in the New Black Panther case. Perez says he was only referring to the accusation that higher-ups had tried to smother the case. But his testimony is a minor matter. More important, with the IG noting that senior department officials did become involved and prohibited the division from dismissing the New Black Panther Party case in its entirety, this study eviscerates the Republican charge—that political officials in the Obama administration sought to protect a black separatist group—by reaching the exact opposite conclusion.

Overall, the report knocks down most of the more outlandish accusations Republicans have cast at the division over the past four years, and it shows that the Obama administration has been a far better steward of the voting rights section than its predecessor. Yet the IG report, no doubt, will provide the division’s conservative foes with just enough material to continue their crusade.