So reads an ad for the Advanced Armament Company, which produces silencers for assault weapons. These gadgets, long associated with snipers and Hollywood assassins, represent the latest push by a gun industry seeking new ways to boost sales in a country that is already home to some 310 million civilian firearms.

The silencer industry is “the highest-growth niche of the firearms industry right now,” says Josh Waldron, founder and CEO of the Utah-based Silencerco. According to Waldron, the industry has seen 400 to 500 percent growth over the past five years. In 2008, he says, American silencer companies sold about 18,000 units in the United States. In fiscal 2012, “We’re gonna do over 110,000.”

Further growth, though, is somewhat hampered by the fact that silencers (also called “suppressors”) are tightly regulated—even more so than the guns they attach to. Silencers are a Class III weapon regulated under the National Firearms Act, a Prohibition-era law that was designed to curtail or even prohibit the transfer of weapons deemed especially dangerous, like machine guns.

Because of this designation, buying a silencer requires a full FBI background check of the sort undergone by people applying for federal jobs, a process that can take up to eight months, Waldron says, and there’s a one-time $200 tax imposed to cover it, which drives up the cost. (The tax was supposed to be a big deterrent to buying NFA weapons in 1934, when the act was implemented, but it hasn’t gone up since Al Capone’s heyday.) Illegally possessing a silencer can bring mandatory federal jail sentences of up to 10 years and fines up to $250,000. The devices are banned entirely in 11 states, including California and New York, and many states limit their use for hunting and on public lands.

Along with all the obstacles to purchasing one, the silencer also suffers from a bit of an image problem. Advocates like Waldron like to point to the gizmo’s innocuous beginnings. The silencer was invented by Hirum Percy Maxim in 1908. And, as the lore goes, Teddy Roosevelt supposedly used one of the devices on his Winchester Model 94 at home in Long Island so that he could shoot varmints without disturbing his neighbors.

The modern silencer, however, was refined and improved by a former CIA dark-ops contractor named Mitch WerBell, whom federal agents once caught training Cuban and Haitian mercenaries for an attack intended to topple Haitian strongman Papa Doc Duvalier. (In the 1950s, WerBell had served as a security adviser to Cuba’s Batista regime.)

Alex Zaitchik provided a condensed history of WerBell’s assault weapons silencer in a December Salon article, explaining that it was first used by CIA death squads working in Vietnam. The suppressor served to improve kill rates and to reduce ammo waste in targeted killing operations. It also helped boost the accuracy and power of the weapons, earning WerBell the nickname, “Wizard of Whistling Death.”

At one time, this disturbing history even prompted the NRA to bar silencer manufacturers from the group’s national convention out of the fear that including them would make guns look bad. But that’s all changed now that the silencer industry has enlisted the nation’s biggest gun lobby to help it chip away at restrictive state laws.

In 2011, frustrated by the silencer’s image problem, Waldron, along with Advanced Armament Corp., Gemtech, and other silencer manufacturers helped founded the American Silencer Association. Their goal, Waldron told me, was “to get more people and legislators to understand that silencers are actually safety devices and not what everybody thinks they are because of Hollywood.”

The ASA and the NRA, which receives financial support from Waldron’s Silencerco, are pressuring state legislatures to ease up and let people own and use silencers for hunting. Several states have obliged recently, including Wyoming, and Montana and Georgia are in the pipeline, too. The NRA touts the health benefits of sparing hunters’ hearing. It also plays the Roosevelt “varmint hunting” card, arguing that silencers enable ranchers to kill rodents without scaring the livestock.

But the gun-toting models featured in the industry’s ads don’t look like they’re just out to shoot some groundhogs. In one, the Advanced Armament Corp. notes that silencers eliminate muzzle flash that could interfere with the effectiveness of night-vision equipment. The ad also declares that silencers minimize recoil and enable “more accurate and rapid follow-up shots.” The ASA’s website adds that one of the key benefits is the silencer’s ability to “disguise the position of the shooter in low light environments.” 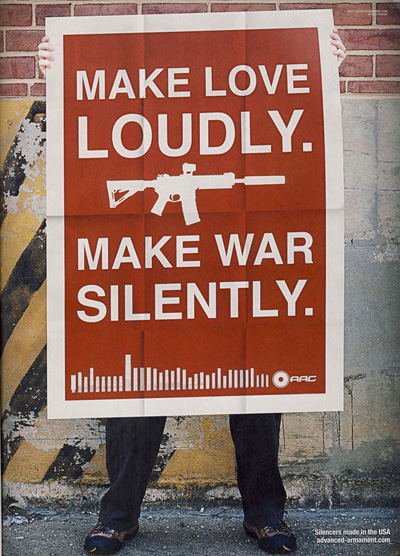 It’s not hard to imagine the appeal of these benefits to a would-be mass shooter. But Waldron insists that very little crime is committed with silencers. “Silencer owners are the most law abiding citizens there are. They have to go through too much to lose it,” he insists. “There’s more people that win a lottery by droves than guys who buy guns in a legal fashion and then go on a rampage.”

Still, there’s no denying that silencers appeal to unstable people. Just a few weeks ago, law enforcement in California detonated a bunch of booby-trapped backyard explosive at the home of this guy, where they found two cannons, a silencer, and the man’s emaciated 82-year-old mother living in squalor.

And then there’s Christopher Dorner, the former Los Angeles cop accused of killing three people in January, one of them a police officer. After the manhunt for Dorner led to his a fiery end at a cabin in Big Bear, California, investigators found among his possessions a trove of high-powered weapons, including 10 silencers—some of which he’d identified in an online manifesto as having come from the Advanced Armament Corp.

In his Facebook manifesto, Dorner wrote that he had bought the silencers legally without a background check by creating a trust account using Quicken’s Willmaker software and paying a notary $10 to make it legal. This loophole has become a common ploy to evade background checks, and it enabled Dorner to obtain the silencer quickly, with the help of a friendly Nevada firearms dealer who ignored the fact that Dorner lived in a state where silencers are banned.

Although the investigation is ongoing, a spokeswoman for the Irvine Police Department said there has been public speculation that Dorner used a silencer when he killed the daughter of a retired LAPD officer and her fiancé, who were sitting in their car in an Irving condo complex. No one, she says, reported hearing any gunshots in the densely populated area where the couple was killed.

Ironically enough, Dorner had expressed outrage in his manifesto over how easy it was to procure the silencers. “Should I be able to purchase these class III weapons (SBR’s, and suppressors) without a background check and just a $10 notary signature on a quicken will maker [sic] program? The answer is NO. I’m not even a resident of the state i purchased them in. Lock n Load,” he wrote. Dorner also scoffed at gun enthusiasts who promoted such accessories. “Who in there [sic] right mind needs a fucking silencer!!!” 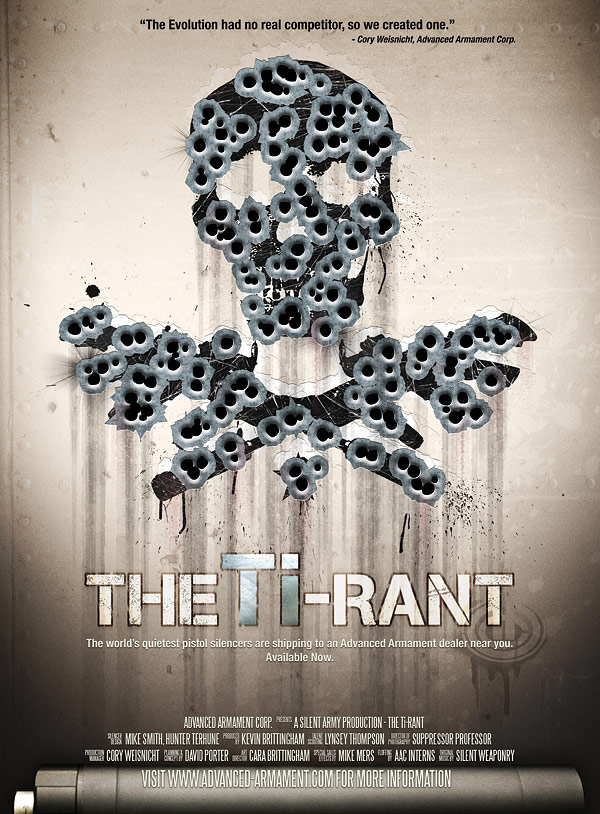 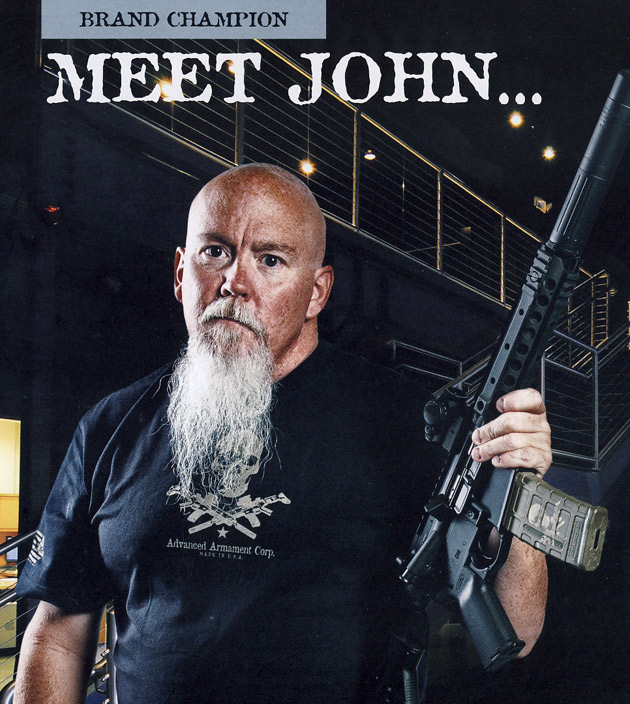 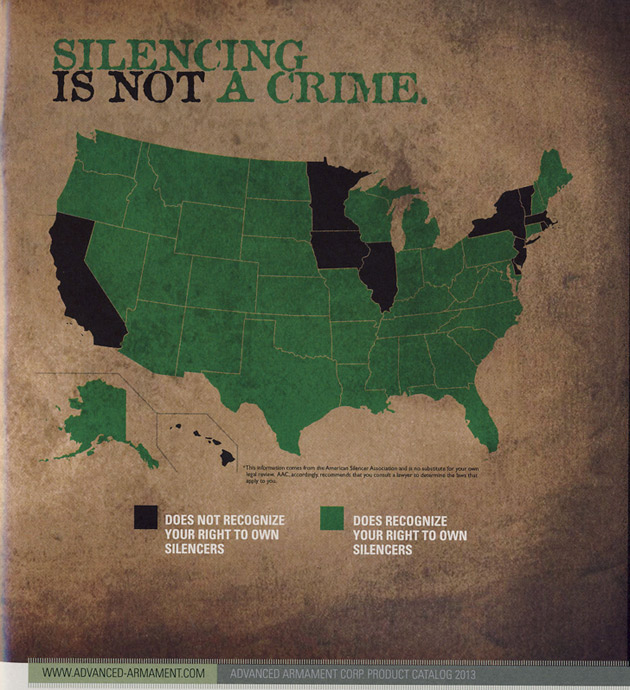 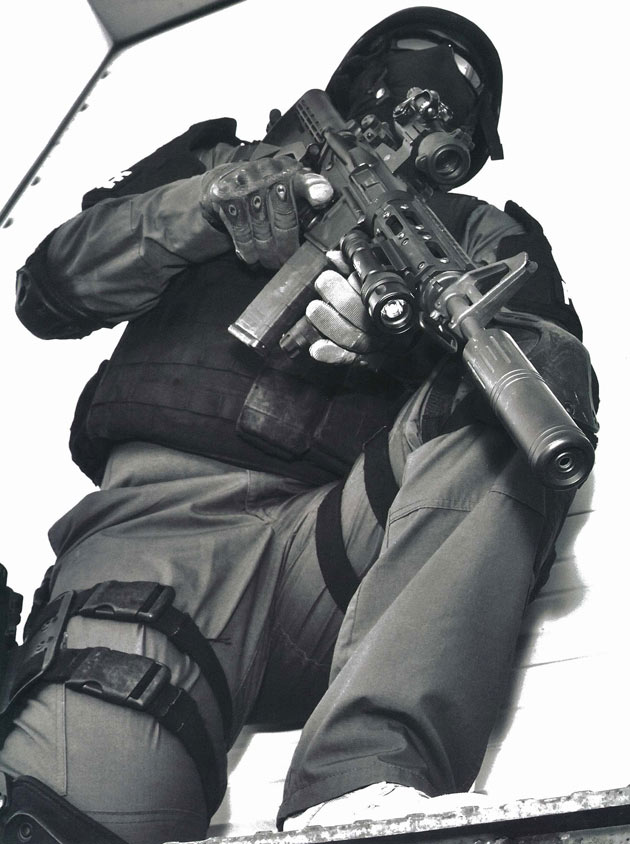 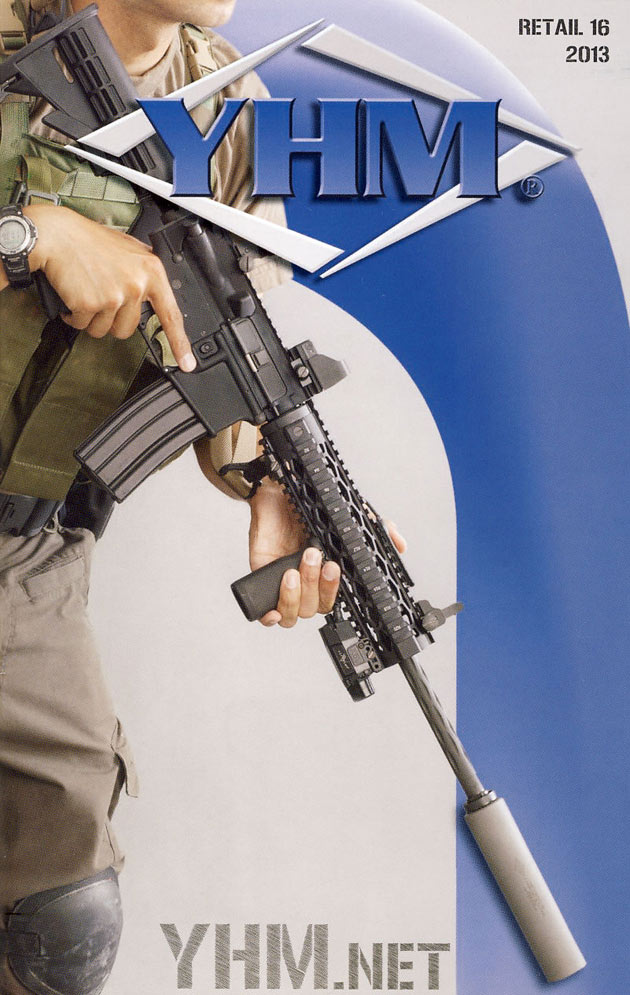