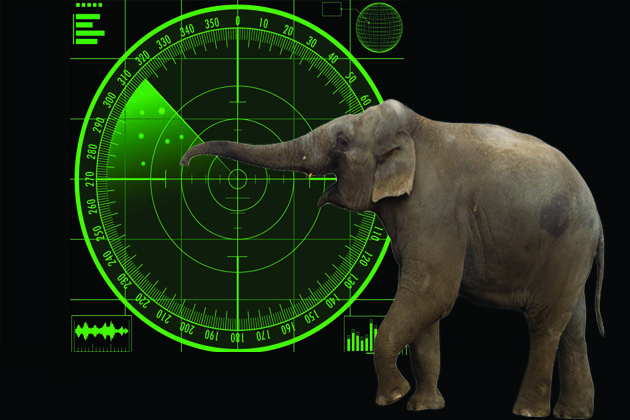 Last week the conservative world was roiled by prominent Ohio Sen. Rob Portman’s dramatic reversal on the issue of gay marriage. Having learned two years earlier that his son, a college junior, is gay, Portman says he struggled deeply with the issue—and finally pulled a Dick Cheney, coming out politically in favor of the same-sex marriages that many grassroots conservatives find viscerally abhorrent. In an op-ed explaining his reasoning, Portman noted that he and his wife were “surprised to learn” that their son is gay—but added that they now have “a more complete picture of the son we love.”

Here’s an interesting question: How do conservatives arrive at their assumptions about who is or isn’t gay—in the absence of those people coming out to them directly?

A new paper just out in the March issue of the Journal of Personality and Social Psychology casts surprising light on this subject.

The researchers—at New York University and the University of Toronto—set out to examine how much liberals and conservatives rely on “gender inversion cues”—e.g., reasoning that a man who looks feminine, or a woman who appears masculine, must be gay. That’s a highly stereotypical way of making up your mind, and likely an unconscious one to boot. It’s also, the study shows, a specifically conservative form of gaydar.

The researchers showed subjects pictures 30 male faces. Fifteen of the men pictured were gay, and 15 were straight. The faces had also been ranked by independent observers, who were asked to determine how “masculine” or “feminine” their features were.

The research subjects were asked to decide, based on nothing more than looking at each face, whether the individual was gay or straight. Later, the subjects were also asked for their political views. Thus emerged evidence that conservatives, but not liberals, tend to rate more “feminine” male faces—e.g., having high cheekbones or a more slender face—as gay. Conservatives also made up their minds about an individual’s sexual preference much more quickly than liberals did, overall—again, relying on nothing more than facial features.

So who was more accurate? Well, that’s the real trick: Overall, in the study as in the real world, there was indeed a moderate correlation between more “feminine” male faces and being gay. That doesn’t mean this relationship holds up in all individuals, but it’s true as a statistical average across large numbers of people.

Conservatives had better gaydar when it came to categorizing these stereotypical individuals. However, liberals did better on categorizing nonstereotypical subjects, where conservatives’ gut classification approach broke down and they actually fared worse. Neither group was more accurate overall, however. Even though there’s some truth to the stereotype that conservatives were using to make up their minds, liberals seemed to be adjusting their views on some of the faces in a way that kept them about even.

At this point you’re probably wondering: What clues were the liberals going on in the study, if not facial stereotypes?

As it turns out, when the researchers ran the study again with one key modification, they were able to come up with an intriguing answer to this question. This time around, roughly half of the test subjects were required to remember a bit of gibberish—”7T4$RF%”—and type it in after every five faces that they saw. Obviously, this exercise is highly distracting—and that’s precisely the point. It took up thinking bandwidth—and when thus distracted, liberals behaved just as the conservatives had in the first study. Now, they too relied on gender stereotypes to decide whether individuals were gay or straight.

In other words, it appears that liberals and conservatives alike snap to initial, stereotypical judgments about a person’s sexual persuasion based on facial features. But liberals then engage in a more elaborate thinking process and often adjust their views away from the stereotype—at least when they’re not distracted.