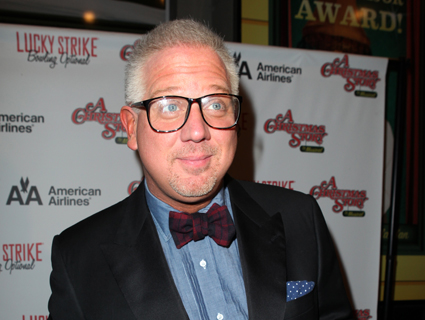 In a new book, former senior Obama administration official Cass Sunstein compares former Fox News host Glenn Beck’s harsh attacks on his record to George Orwell’s 1984, and blasts what he calls the “the true terribleness of the contemporary confirmation process.”

Sunstein, a former law professor at Harvard and the University of Chicago, was nominated in 2009 to be director of the little-known Office of Information and Regulatory Affairs—a job that quickly took on the sobriquet of “regulatory czar.” His long record of books and speeches quickly became fodder for Beck, who dubbed Sunstein “the most dangerous man in America.” In his soon-to-be-released book, Simpler: The Future of Government, Sunstein notes that Beck “developed what appeared to be a kind of obsession with me” and says that the unrelenting criticism from this tea party leader and other conservative pundits triggered more threatening messages:

In Orwell’s 1984, there is a brilliant, powerful, and frightening scene of the “Two Minutes Hate,” in which party members must watch a film depicting national enemies. (As it happens, the leading enemy is named Goldstein.) At times, Beck’s attacks on me, featuring my smiling face, were not entirely unlike those scenes. A new website was created, stopsunstein.com, filled with inflammatory quotations, some taken out of context to suggest that I endorsed views that I rejected and was merely describing.

I began to receive a lot of hate mail, including death threats, at my unlisted home address. One of them stated, “If I were you I would resign immediately. A well-paid individual, who is armed, knows where you live.”

Beck wasn’t the only right-wing leader who had Sunstein in his sights. In 2009, Wayne LaPierre, the National Rifle Association’s executive vice president, bashed Sunstein as “a radical animal rights extremist who makes PETA look like cheerleaders with pooper-scoopers,” and he alleged that Sunstein “wants to give legal standing to animals so they can sue you for eating meat.”

In his book, Sunstein’s response to the attacks from hunting and agriculture groups is succinct: “OMG.”

Despite all the conservative opposition to Sunstein, he survived the confirmation process and was approved by the Senate on a 57-40 vote—after having to ensure fence-sitting senators he would not in his new post ban hunting or steal guns. Following the vote, he met with Obama in the Oval Office, and Rahm Emanuel greeted him with a sarcastic exclamation: “Fifty-seven to 40! That’s a landslide!”