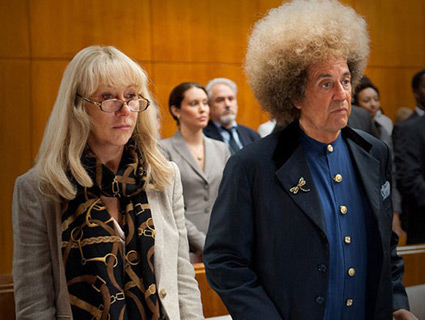 Al Pacino yells a lot in this movie. Granted, that could be said of any number of Al Pacino movies.

Phil Spector, which premieres Sunday, March 24 at 9 p.m. ET, is the second time in three years that Pacino has starred in a Barry Levinson -produced HBO movie in which he plays a highly controversial real-life figure who ends up going to jail. (The other being 2010’s You Don’t Know Jack, for which he won an Emmy for his portrayal of physician-assisted suicide proponent Dr. Jack Kevorkian.) This time around Pacino is the eponymous record producer, the unhinged musical genius behind the “Wall of Sound” studio production technique—a thickly layered sound heard on classics like The Ronettes’ “Be My Baby” and The Beatles’ “The Long and Winding Road.” Spector had long enjoyed a reputation for being a lunatic; his eccentricities were often eclipsed by allegations of a pattern of violence against women. Less appalling tales involve him doing things like holding The Ramones at gunpoint during a recording session in 1979.

All his wild and vicious behavior culminated in the shooting death of actress/model Lana Clarkson at his California mansion in 2003. For this, Spector was convicted of second-degree murder in 2009, and sentenced to 19 years to life.

The film, written and directed by the renowned—and sorta politically kooky—playwright David Mamet, focuses on Spector’s first trial and the bond between the defendant and his attorney Linda Kenney Baden (played by the dependably excellent Helen Mirren). Phil Spector possesses the standard Mamet traits—mainly, anxiety, butch dialogue, and loud, borderline uncontrollable vulgarity. The movie—clocking in at a short 90 minutes—is a worthwhile but mixed bag, zigzagging between the rudimentary and the absolutely riveting. Whatever the film’s inconsistencies, Pacino’s performance on its own is more than enough to warrant repeat viewing. He paints Spector as a unstable behemoth who embodies a unique combination of whining and wrath. The result is exhilarating, combustible, and at times nerve-wracking.

But the movie has gotten most of its attention for Mamet’s thesis that Phil Spector likely did not commit the crime for which he is imprisoned (forensic evidence, etc. etc.) This premise has angered victims’ rights groups, Clarkson’s friends, Clarkson’s former publicist, and many others. Some of the outraged have taken to waging a campaign against Mamet’s movie.

I am not an expert on the Spector trials, so whether or not Mamet has a point is something I’ll leave up to others to litigate in print and protest. But here’s something I am an expert on: Al Pacino shouting on camera. And in Phil Spector, Pacino delivers some of his most compelling shouting in years.

Below is an excerpt and screenshot from one of the film’s oh-so-Mamet-esque tirades. Pacino’s monologue gets set off during an aggressive part of a trial rehearsal, in which Spector’s defense team plays a tape of Spector’s ex-wife, Ronettes lead singer Ronnie, who claims repeated physical and sexual assaults. The scene is a doozy, and the best thing about the film:

That sick, no-talent…If I hadn’t found her in the gutter...Ah, fuck this, fuck this whole thing, this fuckin’ charade. Who are you? How dare you?! Who do you think you are to come in here and accuse me?!…This semi-talented nowhere, this back-up singer to whom I gave EVERYTHING I own! My life, her life, my children! And to have you come in here quoting her libelous, non-sworn, cowardly bullshit! What, what does it cost her to lash out at me? Or you for that matter?…What do you think I am, an idiot?! You think I’m a fool, you don’t think I know what this is about?! I’ve played this game a million times before, I KNOW HOW THE GAME IS PLAYED! I’ve done this my whole life, what do you think?! They kill men for telling the truth; THIS IS THE TRUTH! 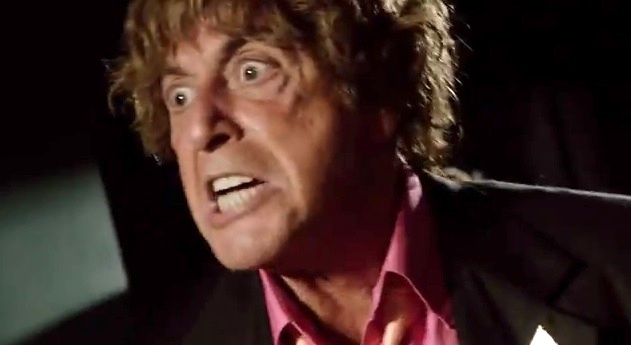 And now, as promised, here is a history of great Pacino screaming through the decades:

(This yelling was also written by David Mamet.) 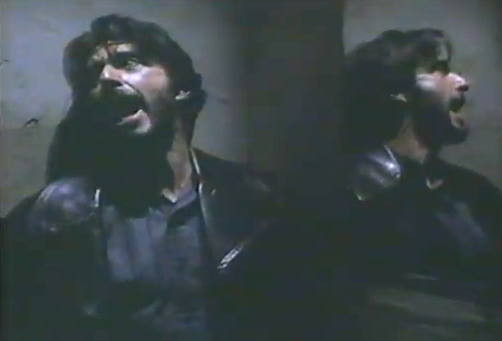 This has been a brief history of Al Pacino yelling and swearing at the top of his lungs.