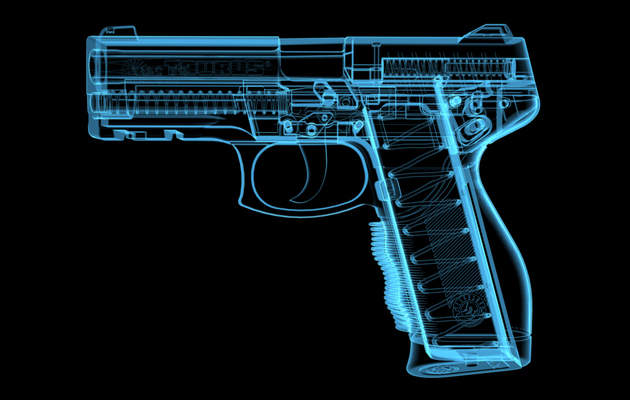 “I know this is not the first time this country has debated how to reduce gun violence,” President Obama said in his State of the Union address on Tuesday. “But this time is different.” In light of the national debate set off by the massacre in Newtown, here are six stories about guns that will take you from the annals of the NRA to the Vietnam war to the US-Mexico border.

For more MoJo staffers’ long-form favorites, visit our longreads.com page. Take a look at some of our own reporters’ longreads here and follow @longreads and @motherjones on Twitter for the latest. And for additional in-depth reporting on gun laws and mass shootings in America, check out Mother Jones‘ yearlong investigation.

While the National Rifle Association claims to represent more than 4 million “marksmen, hunters, and responsible gun owners,” recent polls show its politics are out of whack with those of most Americans, gun owners included. Some observers believe that the NRA and its lightning rod of a front man, Wayne LaPierre, essentially acts as a lobbying outfit for the powerful firearms industry.

In more than three decades of service to the NRA, Wayne LaPierre has done more than any other man alive to make America safe for crazed gunmen to build warlike arsenals and unleash terror on innocents at movie theaters and elementary schools. In the 1980s, he helped craft legislation to roll back gun control passed in the wake of the Kennedy and King assassinations. And since the late 1990s, twice he has destroyed political deals that might have made it hugely difficult for accused killers like Holmes and Lanza to get their hands on their weapons.

Twenty-four years before Amy Bishop walked into a faculty meeting at the University of Alabama-Huntsville and shot six of her colleagues point bank, she had killed her brother with a gun. That shooting was an accident, her mother always maintained, and charges were never filed. Patrick Radden Keefe returns to Bishop’s hometown to investigate what really happened that day:

Cold cases are hard to investigate under the best of circumstances, and the shooting of Seth Bishop was especially difficult because it had not been treated as a crime to begin with. Neither the Braintree police nor the state police had run much of an investigation. None of the physical evidence had been retained—even the Mossberg shotgun had vanished after the ballistics tests. There were a few perfunctory crime-scene photographs, but the Bishop house had not been subjected to a comprehensive investigation; in any case, the integrity of the scene had been compromised by the sympathetic neighbors who had wiped away the blood.

Reliable, cheap, and easy to use, the AK-47 became the most popular assault rifle in the world. With it, guerrilla fighters could match the assault rifles of well-armed militaries for the first time in modern history. CJ Chivers’ book The Gun, excerpted in Esquire, traces the influence of the AK-47 on major world conflicts, including its role in the Vietnam war:

It is perhaps the most potent question to echo from the cold war: Who lost Vietnam? Well, there were certainly many factors, but an important new book forces us to consider this: For the first time in human history, a poorly trained peasant army humbled a great power with the gun its fighters carried in their hands. This is the story of that gun, and of the scandalous way that Washington responded to it.

A lifelong gun enthusiast who resides in the mostly liberal enclave of Boulder, Colorado, Dan Baum has always supported strict gun control. But as the number of concealed carry permits issued in his town rose eighteenfold, Baum began to examine the ramifications:

Moving through a cocktail party with a gun holstered snug against my ribs makes me feel like James Bond—I know something you don’t know!—but it’s socially and physically unpleasant. I have to remember to keep adjusting the drape of my jacket so as not to expose myself, and make sure to get the arms-inside position when hugging a friend so that the hard lump on my hip or under my arm doesn’t give itself away. In some settings my gun feels as big as a toaster oven, and I find myself tense with the expectation of being discovered. What’s more, if there’s a truly comfortable way to carry a gun, I haven’t found it. The revolver’s weight and pressure keep me constantly aware of how quickly and utterly my world could change. Gun carriers tell me that’s exactly the point: at any moment, violence could change anybody’s world. Those who carry guns are the ones prepared to make the change come out in their favor.

“The Secret History of Guns” | Adam Winkler | The Atlantic | September 2011

Almost 50 years ago, the Black Panthers stormed into a California statehouse and set off the modern gun rights movement. Gun control had long been used to oppress African Americans:

The Ku Klux Klan, Ronald Reagan, and, for most of its history, the NRA all worked to control guns. The Founding Fathers? They required gun ownership—and regulated it. And no group has more fiercely advocated the right to bear loaded weapons in public than the Black Panthers—the true pioneers of the modern pro-gun movement. In the battle over gun rights in America, both sides have distorted history and the law, and there’s no resolution in sight.

How could the Bureau of Alcohol, Tobacco, Firearms, and Explosives have been so reckless as to purposely let guns fall into the hands of Mexican drug gangs? Unless, they didn’t. Forbes‘ investigation into the Fast and Furious scandal upended the established narrative about so called gun-walking by US agents, shedding new light on what may have really allowed firearms to flow south of the border:

Quite simply, there’s a fundamental misconception at the heart of the Fast and Furious scandal. Nobody disputes that suspected straw purchasers under surveillance by the ATF repeatedly bought guns that eventually fell into criminal hands. Issa and others charge that the ATF intentionally allowed guns to walk as an operational tactic. But five law-enforcement agents directly involved in Fast and Furious tell Fortune that the ATF had no such tactic. They insist they never purposefully allowed guns to be illegally trafficked. Just the opposite: They say they seized weapons whenever they could but were hamstrung by prosecutors and weak laws, which stymied them at every turn.