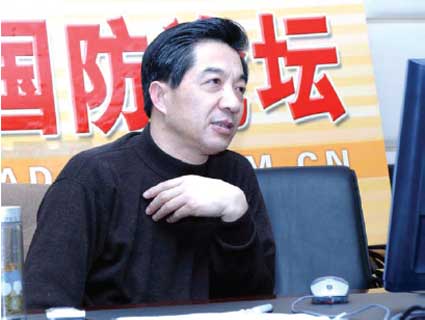 In case you missed it, the cybersecurity firm Mandiant just released a bombshell report (pdf) on how nearly 150 sophisticated hacking attempts against American corporations and government agencies over the past decade almost certainly originated from a single Shanghai office building controlled by People’s Liberation Army (PLA). The hacking group, dubbed APT1 in the report, launches its attacks from roughly the same address in the city’s Pudong New Area as the one used by the PLA’s Unit 61398, a probable cyberwar division. But the excellent New York Times exclusive on Mandiant’s findings omits some colorful details about the hackers themselves. One of them, for instance, is apparently a Harry Potter fan. Here are profiles of the three Chinese hackers Mandiant outed in its report.

A profile photo used by UglyGorilla

Back in 2004, the cyberwarfare expert Zhang Zhaozhong was participating in an online Q&A hosted by the website China Military Online. A retired PLA rear admiral, professor at China’s National Defense University, and strong advocate of the “informationization” of military units, Zhang had written several works on military tech strategy, including “Network Warfare” and “Winning the Information War.” One question for Zhang came from a site user with the handle “Greenfield,” who brought up the United States’ cyberwar capabilities. “Does China have a similar force?” he asked. “Does China have cyber troops?”

Greenfield would soon become one of those troops, according to Mandiant. When he registered for the China Military site, he gave his real name as “Jack Wang” and the email address uglygorilla@163.com—details that would later be associated with the hacker known as UglyGorilla. That October, UglyGorilla registered the hacker zone HugeSoft.org, a name that, as Bloomberg has reported, “combines two common descriptors of a gorilla, along with sub-domains like ‘tree’ and ‘man.'”

In 2007, UglyGorilla authored the first known sample of a widely used family of Chinese malware and brazenly left his signature in the code: “v1.0 No Doubt to Hack You, Writed by UglyGorilla, 06/29/2007.”

DOTA may have taken his or her name from the video game “Defense of the Ancients,” commonly abbreviated DotA. The name shows up in dozens of email accounts that DOTA created for social engineering and phishing attacks, according to Mandiant. It appears Mandiant was able to hack some of these accounts, allowing them to get DOTA’s phone number (a mobile phone in Shanghai) and the username of DOTA’s (blank) US-based Facebook account, where DOTA registered as female. Mandiant published a screen-grab of one of DOTA’s Gmail accounts:

DOTA appears to speak fluent English and may be a fan of American and British pop culture. The answers to security questions associated with his or her internet accounts—such as, “Who is your favorite teacher?” or “Who is your best childhood friend?”—are often some variation of “Harry” and “Poter.”

Mandiant linked some of DOTA’s other passwords to a pattern that seems to be associated with Unit 61398, the PLA’s cyberwar division.

Similar to UglyGorilla, Mei Qiang signs much of his work by embedding his name into the code. His malware is often signed “SuperHard” and his Microsoft hacking tools are altered from “Microsoft corp.” to “superhard corp.”

SuperHard primarily works on tools used by other Chinese hackers; he’s probably employed in APT1’s research and development arm, according to Mandiant. He has also volunteered to write Trojan software for money. Mandiant researchers gained access to some of the hacker’s internet accounts. They believe he (or she; it’s hard to know) used the email address mei_quiang_82@sohu.com, which, based on Chinese habit, suggests that the user is named Mei Quiang and born in 1982. They also traced SuperHard to Shanghai’s Pudong New Area—information that should give US security experts plenty of leads, assuming the hacker hasn’t been fired yet.